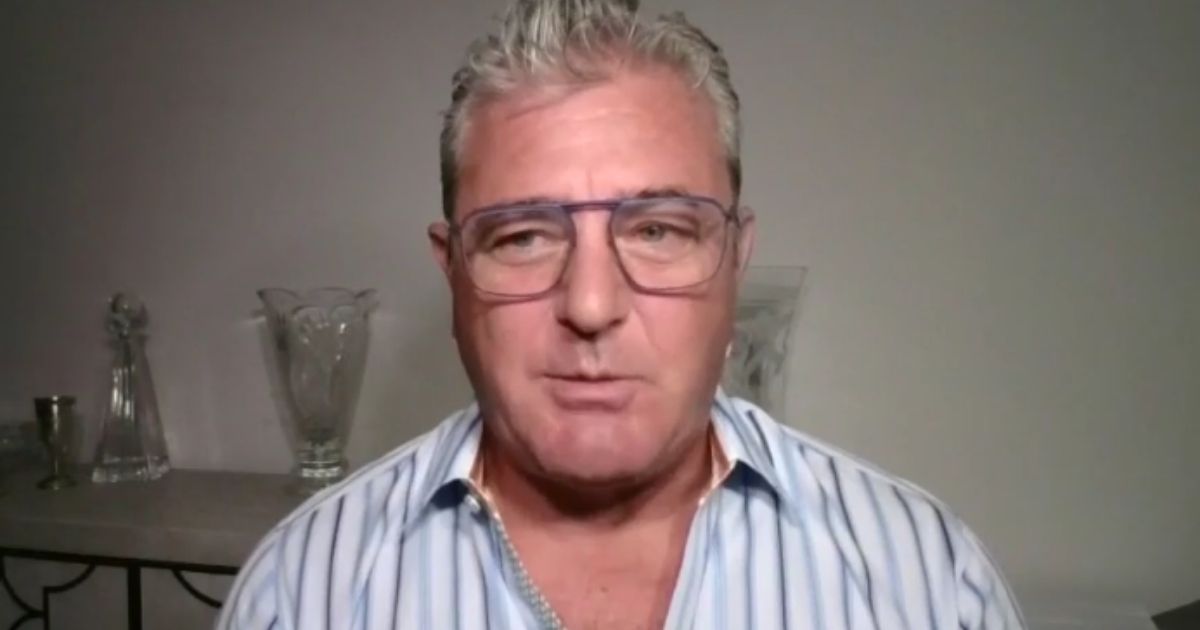 The problem of systemic racism is increasingly becoming a fact of life, though not in the way leftists are screaming about.

America is not morphing into the Jim Crow south as some have claimed, but rather it’s white blue-state liberals who have created an official framework for marginalizing, otherizing and stoking hatred — this time, for white people.

Critical race theory, which teaches that white people possess a fatal flaw that makes them irredeemably racist and necessitates the pigment-challenged to “check their privilege,” has infected many areas and institutions from the top down.

Though corporations are the most prominent proving ground for this theory, the bullying and brainwashing of impressionable school children for their “whiteness” has become part of the curriculum in private and public schools alike.

Some have fought back while others have chosen to pull up stakes and flee for freer ground, like Harvey Goldman, whose 9-year-old daughter attended the Heschel School in Manhattan — which costs upwards of $43,000 in tuition annually — until he’d had enough of the racist rhetoric.

“Little children don’t need to feel bad about the color of their skin,” Goldman said on “Fox & Friends First” Monday.

“That’s what they’re teaching them, to feel bad about who they are,” he said. “Schools are supposed to be teaching you confidence.”

Goldman became concerned they were teaching about the “murder of George Floyd” before the verdict was in, promoting “Black Lives Matter” which he called “Marxist and destructive.”

Would you leave a school if your children were being taught critical race theory?

He heard about Heschel’s adoption of critical race theory in the school’s newsletter. “There was a little blurb about changing the curriculum and I questioned it,” he said.

The concerned father reached out to the school with a written statement, asserting that “neither I, nor my child, have ‘white privilege,’ nor do we need to apologize for it,” he told the Jewish day school.

“Suggesting I do is insulting,” the statement continued. “Suggesting to my 9-year-old child she does is child abuse, not education.”

The school’s response made no apologies, nor did it address any of his concerns.

“We are a Jewish day school and very proud of our secular and religious curriculum, which Mr. Goldman is fundamentally misrepresenting,” the Heschel School’s statement said.

RELATED: Another Asian Attack and Another Black Suspect as Black Victimhood Narrative Continues to Disintegrate

“His family informed us last summer that they would likely relocate to Florida for financial reasons. We were surprised to read about his new explanation for the move and question his motives for making such statements at this time.”

Goldman said he’d planned the move at the end of the school year but confronted administrators about the curriculum in September, perhaps knowing he didn’t have as much to lose as other parents who had to remain in the system.

While Goldman has had the opportunity to enroll his daughter in a Florida school that does not teach CRT, other parents have broken their silence even they are up against powerful institutions, the New York Post reported.

Bion Bartning, another New York parent whose kids attended the Riverdale Country School with a $54,000 annual tuition, started the Foundation Against Intolerance & Racism in response to the CRT that he called the new “orthodoxy” being imposed on his kids.

“I don’t fit into any of those race buckets,” Bartning, who a mix of Jewish, Mexican, Yaqui, told the news outlet. “I think it is wrong to be teaching kids these socially constructed race categories.”

“It’s a destructive ideology, teaching children to be pessimistic and full of grievance rather than being optimistic and full of gratitude,” he continued. “It goes against all the values I was raised with, and there are many out there who feel as I do. This is a movement with a lot of people.”

Another parent from the same school chose to remain anonymous, saying she’d only go public if her kids left the institution.

“It’s awful what’s going on there,” she told the Post. “The fourth graders learned about astronauts and inventors — but only black ones. They no longer learn about Thomas Edison. The math curriculum is a joke; they’ve dumbed it down.”

“No more birthday celebrations are allowed and no holidays are allowed,” the parent continued. “They did away with Columbus Day but now they celebrate the end of Ramadan and the Chinese Lunar Year.”

CRT is a poison that has made its way through highbrow academia to corporate America and now down to our children.

It teaches these young people that they are lesser, that there is something wrong with them fundamentally, and that they deserve poorer treatment and fewer opportunities than people of other races — in other words, it’s straight-up racism.

Because they have rebranded it as CRT directed it toward white people, many on the left have eagerly adopted this misguided if not an outwardly diabolical scheme to turn the tables on the oppressors.

It’s meant as a way to atone for the past racial sins of America, but all CRT is really doing is creating more immoral rhetoric and shameful institutional treatment.

For now, there are free places like Florida or Texas that are havens for people who don’t judge others by the color of their skin and kindly request the same — but only time will tell if they’re able to hold the line.

Maybe these institutions need to crack a real history book for a reminder that racism destroys lives, institutions, and nations — regardless of which side is the perpetrator and which is the perceived beneficiary.