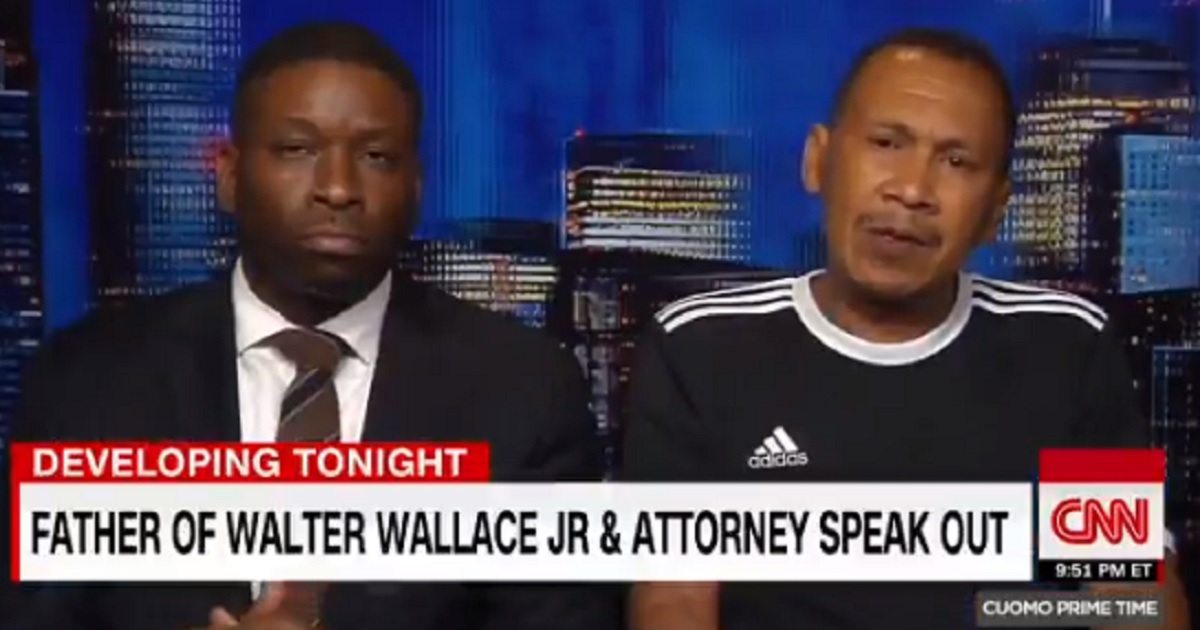 The father of Walter Wallace Jr., the man shot by Philadelphia police on Monday, pleaded with the public to stop the violence and looting that has racked parts of the city because it wasn’t going to bring his son back.

Walter Wallace Sr. told CNN’s Chris Cuomo on Tuesday that he didn’t want the chaos that has ensued since the shooting to leave a “bad scar” on his son’s memory, or on his family.

“Looting stores, burning, this is where we live. This is the only community resource we have and if we take all the resource and burn it down, we don’t have anything,” Wallace said.

Protesters took to the streets after officers in Philadelphia shot and killed a Black man who was holding a knife in an encounter officials say raises questions.

“We deserve respect and ask the public and anybody that have respect for our family, pray for us, and, you know, cut it out.”

“It’s not going to bring my son back.

“It’s going to escalate things to get worse instead of better,” he told Cuomo.

At least 91 individuals were arrested Monday in Philadelphia in connection with riots that caused injuries to 30 police officers after two officers shot and killed Wallace Jr. earlier in the day, according to WFTX-TV.

The arrests were due to alleged failure to disperse, assaults on police and burglary, WTFX-TV reported.

Do you think rioters will listen to the slain man’s father?

Police said two officers had responded to a call about a man with a weapon in a West Philadelphia neighborhood Monday afternoon.

Video posted to social media shows the two officers fire multiple times at Wallace Jr., 27, who police say was openly carrying a knife before he was gunned down during the incident.

WARNING: The video contains graphic violence and vulgar language that some viewers may find disturbing.

RELATED: Seattle Considers Plan To Give the Poor and Mentally Ill a Get-Out-of-Jail-Free Card

In the footage, the officers can be heard yelling, “Put the knife down!”

The video shows the man moving toward the officers as they backed away.

The officers then discharged their firearms and hit Wallace in the shoulder and chest. They drove him to a hospital where he was pronounced dead, according to WTFX.

Following the shooting, riots reappeared like those that took place in the city after the death of George Floyd in Minneapolis police custody. Businesses were ransacked and fire and police vehicles were destroyed.

The violence continued overnight into Wednesday, with police urging residents to stay indoors and the Pennsylvania National Guard being called in to assist in maintaining order.

“It’s not going to solve anything, it’s just going to make things worse. My son wouldn’t want that.”