Home Daily News Farmers Leave These Small Boxes All Over Rural America, But They May... 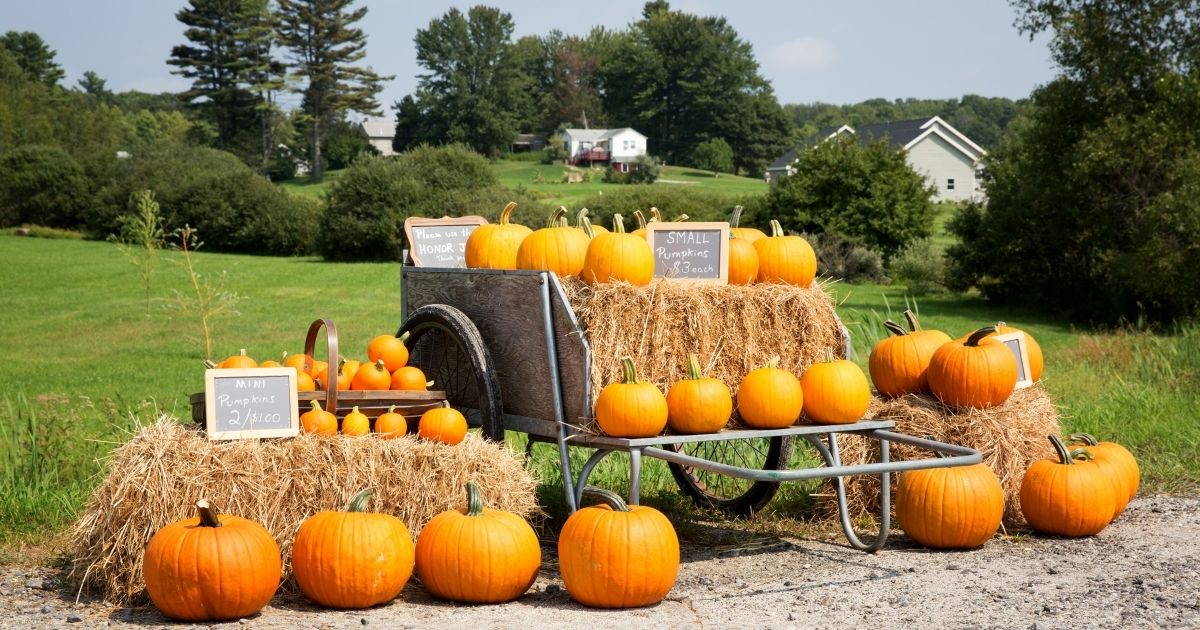 Urban decay and the scourge of riots don’t tell the full story of America’s slide into moral depravity.

Instead, our country’s moral barometer lies in its heartland, where salt-of-the-earth folks have long led quiet lives raising crops and families.

This has always been a place where neighbors know and look out for each other, where doors and windows are kept as open as people’s hearts.

But a new trend hints at moral rot inside the Midwestern bubble: Small farm stands that rely on the honor system are falling victim to a rash of thefts, the Wisconsin State Farmer reported.

The problem may seem infinitesimal when compared to skyrocketing murder rates, violence and rioting in big cities, but it is nonetheless a sign of the times.

Waupun, Wisconsin, farmer Steve Hopp told the Wisconsin State Farmer that a roadside stand placed at a gas station near a busy intersection “seemed like a good way to get rid of a bunch of extra pumpkins” at first.

“But when you have someone breaking into your lockbox a couple times a month, I’m not going to waste my time and effort just to get ripped off again,” he said.

For Hopp, it doesn’t make sense to sell squash and other items at that location anymore.

“When you grow your own pumpkins, having someone stealing one or two isn’t the end of the world,” Hopp continued. “But this year has been really bad, especially when they’re breaking into the box during the daytime.”

Do you think theft at roadside produce stands points to a larger problem in American society?

Hopp now understands why some farmers choose to just leave crops “in the field to rot” rather than have their goods stolen.

It was after the last theft that he decided to take his remaining produce to a local food bank. “At least they were appreciative of my efforts,” he said.

“We did really well for the first couple of weeks, but then our lockbox got broken into twice in one week,” she said.

RELATED: Most People Watching Viral Video of Sheep This Sunday Will Miss the Hidden Lesson About the Good Shepherd

Bruins said planting and harvesting their pumpkin patch was “a nice little family project” she and her husband undertook with their 2-year-old daughter.

She expected a pumpkin or two to go missing. But when thieves pried open the lockbox that collected cash from customers, the moral loss far outweighed the financial cost.

Fond du Lac farming couple Bill and Lynda Zeleske sold their cows a decade ago and switched to selling homegrown produce at farmers’ markets. They set up their own stand at the end of their driveway but fell victim to thieves.

“One night before leaving to go out to dinner, we checked our lockbox and saw that someone had tried to pry it open,” Bill Zeleske said.

“We removed the money and locked the box back up,” he continued. “When we returned, we saw that someone had come back with the ‘proper tools’ and stole the entire box.”

Zeleske went on to say that other farmers are being similarly targeted, with some taking the extra step of installing surveillance cameras to catch thieves.

“A friend of ours placed a refrigerated cooler outside in their stand. Three days later it was gone,” he said.

Zeleske said he and his wife “still get paranoid when someone stops at the end of the driveway.”

Leaving lockboxes and harvested crops at those roadside stands is a testament to the implicit trust that has traditionally existed in small communities.

While some cynical city dwellers may scoff at the naivete of such an arrangement, rural towns have a longstanding culture of integrity and trust that has strengthened the social fabric for generations.

Something fundamental to small-town America is lost without that culture and the honor system it makes possible.

It’s no secret that America is as politically divided as ever, but perhaps that divide is secondary to a great moral chasm.

Americans have always been ethnically and religiously diverse, but we were once bound together by the tie of common beliefs — beliefs in ideals like the Golden Rule and in virtues like hard work and honesty.

When honor system farm stands become a thing of the past, future generations will lose out on the trust that was once the backbone of rural America.

What limousine liberals commonly call “flyover country” is really the heart and soul of America that has kept the nation together through political upheaval and social turmoil — and if Midwesterners lose trust in each other, there’s not much hope for anyone else.