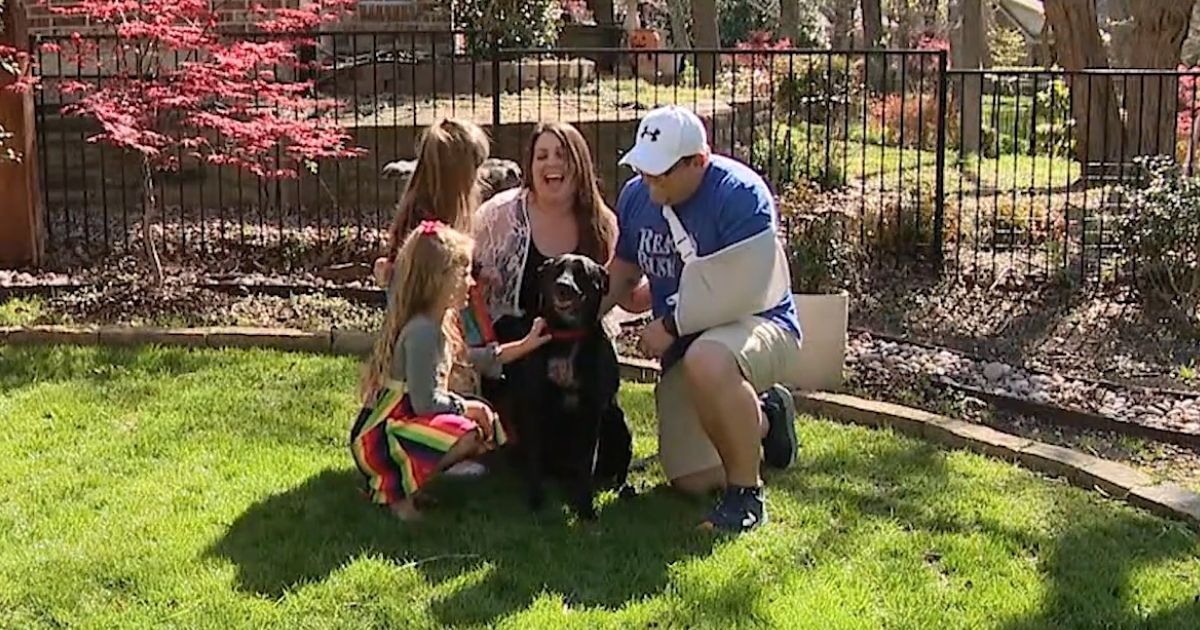 After a terrifying ordeal, Amber and Taylor Newsom, along with their girls Finley, 6, and Sadie, 4, are currently staying with family. Their home in Wylie, Texas, was the scene of an alleged break-in and attack last week, and currently does not feel like a safe place to stay.

The family said there was so much blood on the walls and on the furniture, they had to throw away some of their possessions and will need to repaint.

“So we’ve got a lot to think about and a lot to do before we’re comfortable going back to our own home,” Amber explained, according to KDFW-TV.

But it’s because of Marley, their 8-year-old dog, that they even have the option to return home, as it’s very likely that her protection saved the family of four.

It was early Friday morning when 53-year-old Thong Pham allegedly got into the house through the unlocked back door. At some point, he grabbed a steak knife from the kitchen, according to Taylor.

It was dark, so at first the family didn’t know what Marley was barking at, but they quickly found out after she alerted them. Initially, it was just Taylor, but Amber and the girls soon woke up and came downstairs, too.

“Well, it was pitch black, so we couldn’t see anything, only could hear Marley,” Amber recounted, saying her husband then went for the lights. “And once he flipped the hall light on, we realized that the guy was holed up in the corner trying to hide.”

“So I think he got to the front door and realized I can’t get out, and by that point in time, Marley’s got him cornered,” Taylor said.

The family said Pham slashed both Marley and Taylor, and blood went everywhere. In a video summary that Taylor posted to his Facebook page, he said Marley was stabbed up to six times, mostly around the head and neck area.

“But it was really hard because I was trying to make sure that my husband wasn’t going to die,” Amber explained, adding that she was trying to protect their two girls. “When he realized that the two girls were in the house, that’s when he kind of backed up and started running.”

Pham, who has a criminal record, was caught on film trying to open a truck in the neighborhood as well as running off with some pool noodles. It’s unclear what he was trying to accomplish, but he was found by police and arrested on charges of aggravated assault with a deadly weapon and cruelty to an animal.

In his own video, Taylor said his daughters — especially the younger one — saw the attack take place, and it has scarred both of them. Taylor thanked everyone for their thoughts and prayers and asked that people especially pray for his girls going forward.

Marley and Taylor are doing well, and the family is thankful for their faithful, four-legged friend.

“She’s our hero,” Amber said. “If it hadn’t been for her, that guy could’ve gone in the … he could’ve gone to their rooms or something.”

“Yeah,” Taylor added. “I mean, the story plays out very differently if Marley’s not there.”