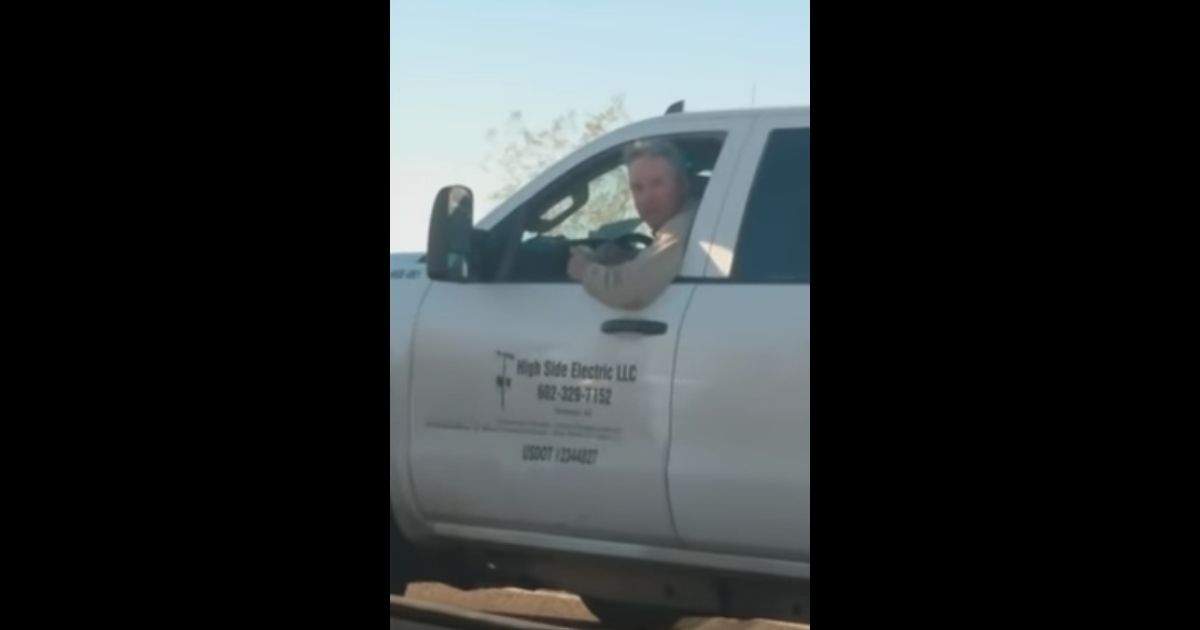 A family was harassed while in line to get food at a church in Arizona. They asked to remain anonymous, according to Arizona Family’s Emma Lockhard, “in fear of retaliation.”

The man in question started yelling at the family from his vehicle, shouting at them to “get a job.”

“Get a f***ing job,” the man shouted, according to a cell phone video.

The man was identified as 46-year-old Ryan Bryson, the owner of High Side Electric in Buckeye, which was made clear from the label on his truck.

Perhaps the most disturbing part of the incident was when he reportedly singled out one of the family’s four children and made more comments about their financial situation.

Buckeye family in line at food drive say man yelled at people to ‘get a job’https://t.co/4up2JhDm14 pic.twitter.com/oKNAY0IRCW

“He looked at my son and told him that his parents were pathetic and couldn’t afford to feed him. At that point, all my manners went out the window,” one of the parents said, according to KPHO-TV.

Do you support private charities?

The driver apparently has no regrets about his inflammatory remarks.

“Those people need to go to work. They should be ashamed of themselves,” he told KPHO.

Private charity is an incredibly important aspect of helping society function, especially during a time of economic turmoil.

A lot of people are out of work right now not because of laziness, but because they do not have a choice.

Coronavirus restrictions forced many small businesses to shut down, along with lots of large companies being forced to do layoffs.

While many Americans have gotten back to work, the job market is still slim pickings.

This family wanted to take advantage of resources available at a church to do what they needed to in order to provide for their family.

As they seem to already be going through a tough time, this man harassing them had no business behaving the way he did.

I truly hope this man does not consider himself to be conservative, as a major facet of conservatism is championing private charity as opposed to government assistance. These parents were just trying to feed their family, and he should have left them alone.