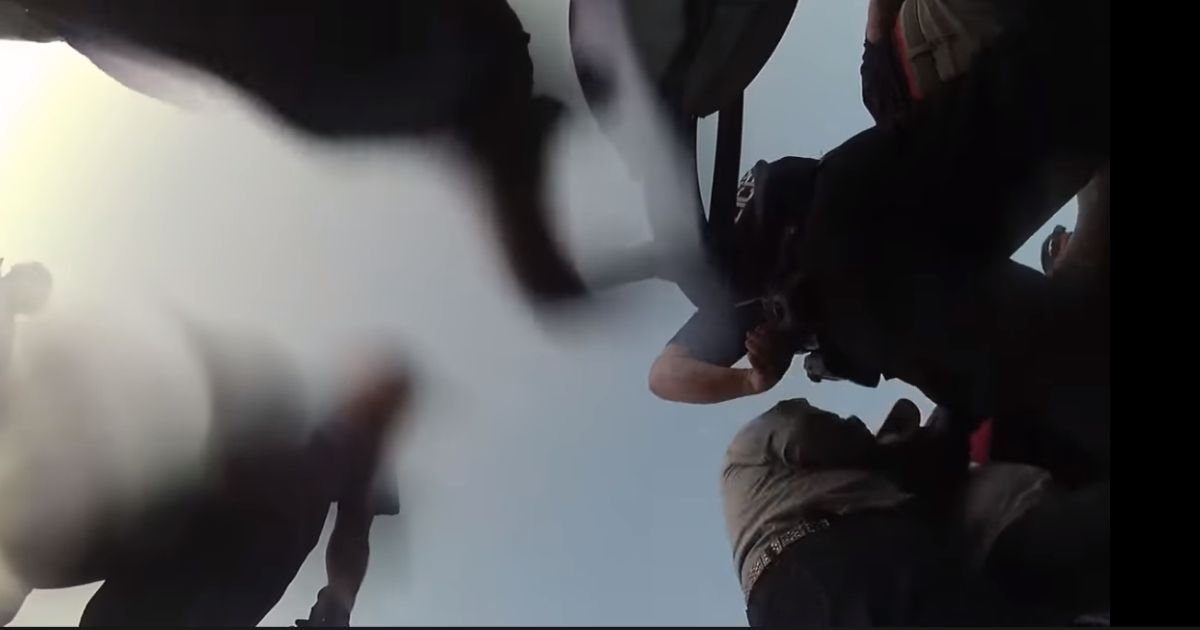 Footage from a fallen police body camera and bystanders shows cops and civilians teaming up to make a daring life-or-death rescue.

The events were kicked into motion on Sept. 19 after smoke began to pour from a six-car pileup in Dallas.

Responding officers from the Dallas Police Department discovered that a man was still trapped inside a burning car. With the engulfing flames rapidly heating the vehicle, seconds, not minutes, meant the difference between life and death.

Civilian bystanders did not hesitate to jump in and help any way they could.

Many lined up to throw water into the car, fighting flames as others struggled to free the man trapped inside.

As one bystander cut the seat belt, another broke the car’s back window. Crawling through the burning vehicle, the person then worked to free the pinned driver.

While the officers and civilians were working to beat the clock, parts of the superheated car began to melt and drip molten chemicals.

Eventually, the trapped driver was freed and rushed to the hospital, where he is still recovering, KXAS-TV reported.

Bystander videos and police body camera footage were compiled and released by the Dallas Police Department, showing the frantic nature of the rescue. Watch the clip below.

The video, as action-packed as it is, also shows a side of America the establishment media and the political left are hesitant to acknowledge these days.

Rewatch the clip and pay attention to the bystanders who jumped in to help the cops.

The group that freed the trapped man looked like a cross-section of our nation. And despite the left’s repeated attempts to paint divides between civilians and the police, these black, white and Hispanic men responded solely as Americans.

It took everybody working together — regardless of uniform or skin color — to save a man’s life.

RELATED: Insane Video out of Chicago: Knifeman Nearly Overpowers Cop, Falls Only After Hail of Gunfire

“If it wasn’t for the people trying to help us keep the fire down, breaking the back window, supplying a knife to help cut the seatbelt, if it wasn’t for those citizens there’s no way that man would still be here today,” Johnathan Calder, one of the responding officers, told KXAS.

Thankfully, these people were able to join together without hesitation.

As our nation heads toward one of the most contentious elections in memory, it’s important to remember the sense of community that unites us.