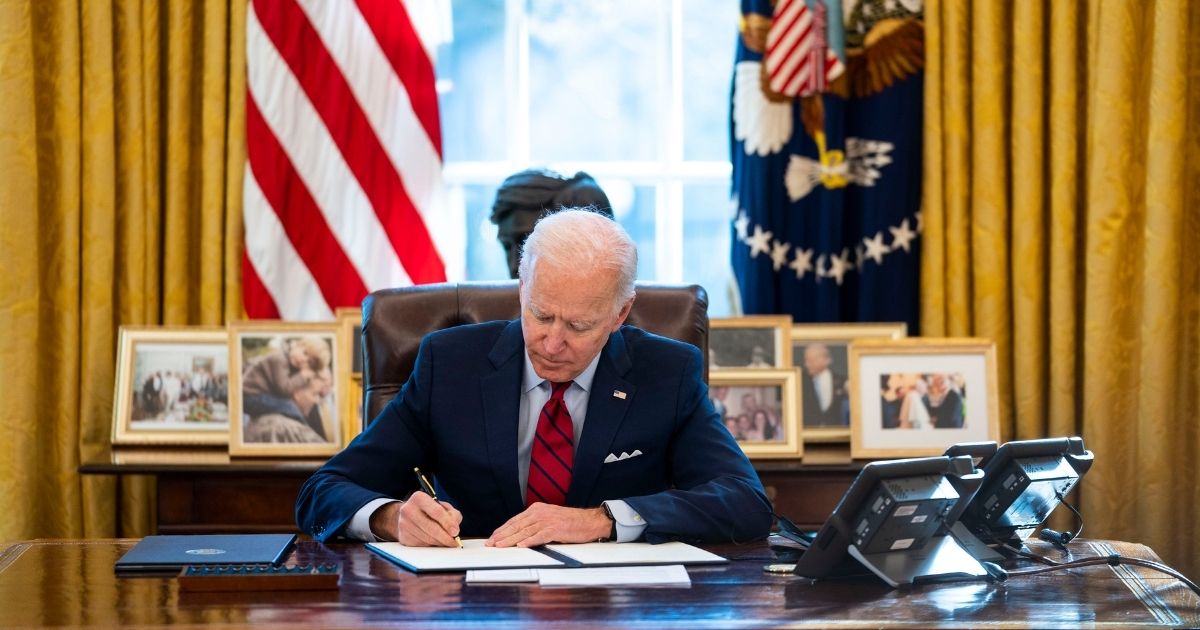 As debates continue to swirl over the efficacy of independent fact-checking, PolitiFact — one of Facebook’s most prominent fact-checking partners — issued a controversial “fact check” of a reoccurring claim being made by various conservative outlets over the past few weeks.

PolitiFact’s determination, issued on Jan. 25, rated the statement “Joe Biden has ‘allowed males to compete in girls’ sports’” as “false.”

The statement in question is in reference to President Biden’s Jan. 20 executive order “Preventing and Combating Discrimination on the Basis of Gender Identity or Sexual Orientation.”

According to at least one expert legal opinion, as well as a thorough analysis of the fact-check’s rationale, it appears that PolitiFact’s “fact check” is, at its best, more of an opinion than an actual assertion of objective truth.

“This order is sweeping; it goes far beyond the Supreme Court’s ruling in Bostock, which was limited to federal employment matters. This isn’t equality, and this isn’t progress. The order tells women and girls that they don’t matter. Americans deserve better than this new administration’s swift and ill-considered effort to wipe out long-standing protections for women and girls.”

However, arguments stating that “Joe Biden has ‘allowed males to compete in girls’ sports’” aren’t based around any specific mandates, but rather a logical extrapolation of how the order’s guidance will be implemented — guidance which federal agencies, including U.S. Education Department, are required to follow.

Should biological males be allowed to participate in women’s sports?

Since the order bans discrimination on the basis of gender, it can be reasonably determined it will then lead to the inclusion of so-called “transgender women” onto the sports’ teams of their choosing, given that this is one of the most oft-cited examples of gender discrimination.

This is by no means a far stretch, considering the order itself asserts that “children should be able to learn without worrying about whether they will be denied access to the restroom, the locker room, or school sports.”

In summary, PolitiFact’s argument is a largely semantical one — while the order doesn’t explicitly mandate the inclusion of males into girls’ sports, the end result will be the same, as was the goal from the outset which the order itself states.

A fact-check of this nature comes with massive implications. For instance, news organizations — including The Western Journal — may be pressured into altering their coverage in order to avoid censorship, demonetization and so forth.

It isn’t only conservative outlets voicing concerns over Biden’s executive order, however.

Many individuals across the political spectrum have voiced concerns over the order and subsequent inclusion of biological men into women’s sports.

These concerns are mostly due to the biological advantages men have over women when it comes to athletic competition.

Such advantages include increased muscle mass, in terms of absolute quantity and percentage of total body mass; denser, stronger bones, ligaments and tendons; increased cardiovascular reserves due to larger hearts and greater lung volume as well as greater average height by about six inches, among many others, according to Psychology Today.

In response, many supporters of the order argue that such biological advantages can be removed in transgender adolescents and teens through the use of various hormone therapies designed to stunt sexual development.

Setting aside the moral and ethical implications that come with permanently altering the sexual development of children below the age of consent, doing so does not even fully eradicate the biological advantages, as some activists claim.

According to a study from the British Medical Journal analyzing the advantages of men who identify as women in elite women’s sports, “hormone therapy will not eliminate all the performance advantages of a prior male physiology.”

Concerns over the Biden policy are not only over the unfairness for female athletes, but also over the well-being of the transgender participants.

Walter Heyer, a biological man who once identified as a woman, explained as much during an interview with The Western Journal. Heyer runs the website Sex Change Regret in an attempt to raise awareness about people who regret gender transitioning and offer them resources to help them detransition.

In Heyer’s view, allowing transgender individuals to compete in the sex-category that aligns with their preferred identity is “harmful to the individuals.”

“We don’t know if they’re suffering from autogynephilia transvestite fetish disorders, if they have dissociative disorder, bipolar disorder, body dysmorphia. There’s something that is involved in them wanting to destroy who they are so that they can identify as someone who they’re not,” Heyer told The Western Journal.

“So this has been what I’ve been dealing with and talking about working with people. And when an individual contacts me directly and I work with them, that’s the question I always ask them. Why do you want to destroy who you are and try to become someone who you can never be?”