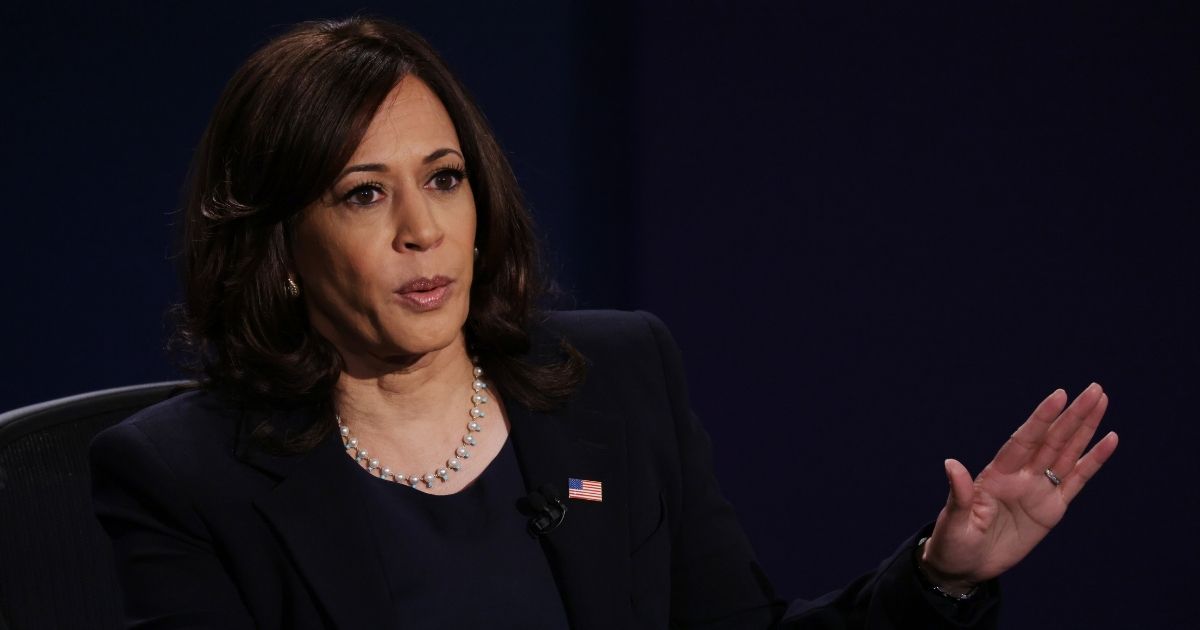 Democratic Sen. Kamala Harris of California was caught in a major lie Wednesday night at the 2020 vice presidential debate, directly contradicting a history of promises from her and her running mate to defend against claims a Biden-Harris administration would ban American hydraulic fracturing for oil and natural gas.

The claim came as Harris sparred with incumbent Vice President Mike Pence over how best to address the issue of climate change.

“Joe Biden will not end fracking,” Harris said. “He has been very clear about that.”

Harris would provide no explanation and no qualifiers, her campaign simply going on to suggest the claim was “fact” in a statement published to Twitter moments later.

.@JoeBiden will not ban fracking. That is a fact.

Of course, the California Democrat’s words flew in the face of multiple statements made on record by her and Democratic presidential nominee Joe Biden with regard to the topic throughout the course of the wider 2020 election cycle.

According to the Washington Examiner, Harris herself suggested during a town hall hosted by CNN in the heat of the 2020 Democratic presidential primary last September that she would take action to ban hydraulic fracturing on public lands on “day one” if elected president.

“There’s no question I’m in favor of banning fracking,” Harris told the audience.

If Joe Biden and Kamala Harris get elected, they will kill millions of American energy jobs. #VPDebate pic.twitter.com/cdwMsPkV34

The promise, falling directly in line with those made by self-professed democratic socialist Sen. Bernie Sanders of Vermont, could cost the United States roughly 7.5 million jobs if fulfilled, RealClearEnergy reported, citing the American Petroleum Institute.

It was apparently not radical enough, however, to keep Harris’ running mate, the supposedly moderate Biden, from falling in line as well.

Several sharp-eyed social media users were quick to point out the discrepancy on Twitter, posting several individual videos, and even a few super-cut compilations, of Biden promising there would be “no more, no new fracking” under his administration.

In fact, throughout the course of the campaign, Biden has promised to not only put the squeeze on hydraulic fracturing, but American fossil fuel production as a whole.

According to The Associated Press, the former vice president promised as much in a “intimate” public moment with a young woman on the trail in New Hampshire last September.