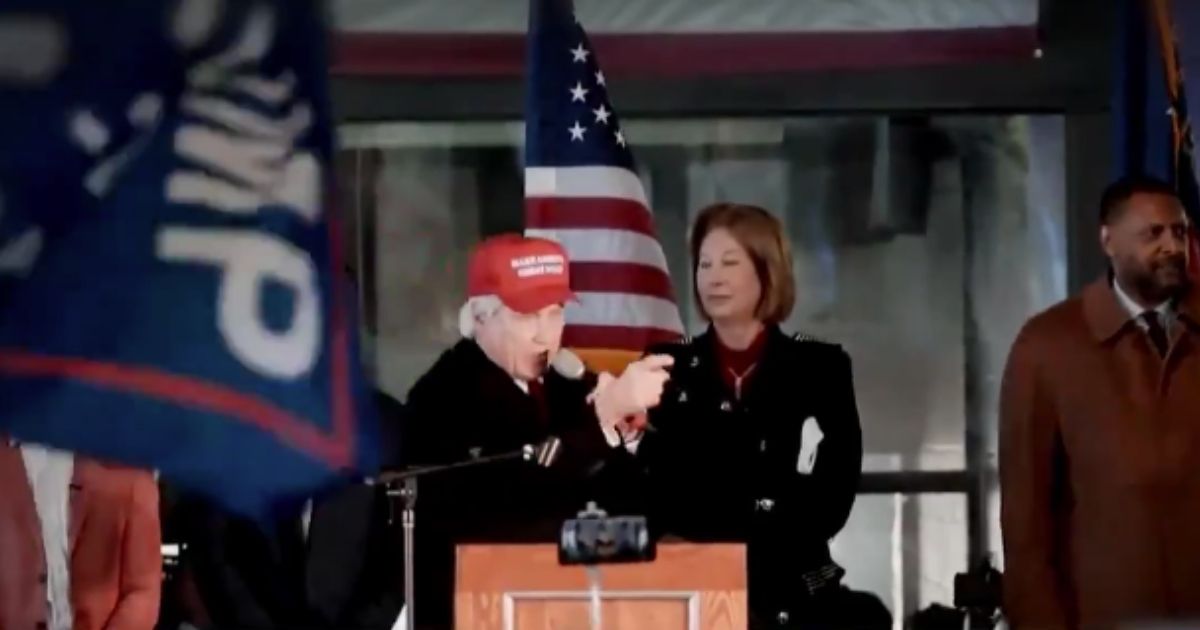 Facebook has pulled the plug on an ad by The Lincoln Project on the grounds that it delegitimized the Georgia runoff elections taking place Tuesday.

The anti-Trump group has proclaimed on its website that it opposes Republican Sens. Kelly Loeffler and David Perdue in their efforts to remain in the Senate.

The ad appears to have the goal of dampening Republican turnout in the contests.

It shows Fuentes saying “we are going to destroy the GOP,” while Wood is featured telling a crowd that “we’re not going to vote on your d— machines made in China.”

“Why would you go back and vote in another rigged election?” #DontVote for #RINOs like @Perduesenate & @KLoeffler #GASEN #StopTheSteal pic.twitter.com/RMFFdq3qz0

The GOP only responds to threats to its power

To force them to back-Trump, his supporters MUST boycott to prove the GOP’ll lose every election unless Trump gets 4 more yrs pic.twitter.com/B8lpYHSUW4

These views are dangerous. It’s cute and all, and I don’t want to see Loeffler or Perdue win, but Wood is undermining our system of governance. Plenty of voters x the country believe as these folks do. That’s a problem. A dangerous problem.

Hopefully they all hear it and listen to it. This is officially the division of the Republican Party.

“We don’t allow ads that delegitimize the outcome of the election, so we’re rejecting these ads for violating this policy,” a Facebook spokesperson told the Washington Examiner.

“Ads targeting the US with the following content aren’t allowed: Ads that portray voting or census participation as useless/meaningless and/or advise users not to vote or participate in a census,” Facebook’s rules say.

Do you believe that the Democratic candidates are going to sweep the Georgia races?

Facebook also says it will not run “ads that delegitimize any lawful method or process of voting or voting tabulation (including in-person voting on paper or on machines, absentee voting, vote by mail, and lawful collection of ballots) as illegal, inherently fraudulent or corrupt, or will result in a fraudulent or corrupt election administration or outcome.”

Wood has signaled that Republicans should distance themselves from the runoff.

In a recent series of tweets, Wood referred to Vice President Mike Pence as a traitor and wrote about Pence’s potential arrest and execution.

The Georgia elections have drawn intense scrutiny because of their importance.

Republicans currently have a 50-48 edge in the Senate.

If one Republican wins, the GOP can cling to its current majority.

However, if both Democrats win, the chamber is split 50-50. That would allow presumptive Vice President-elect Kamala Harris to break tie votes.