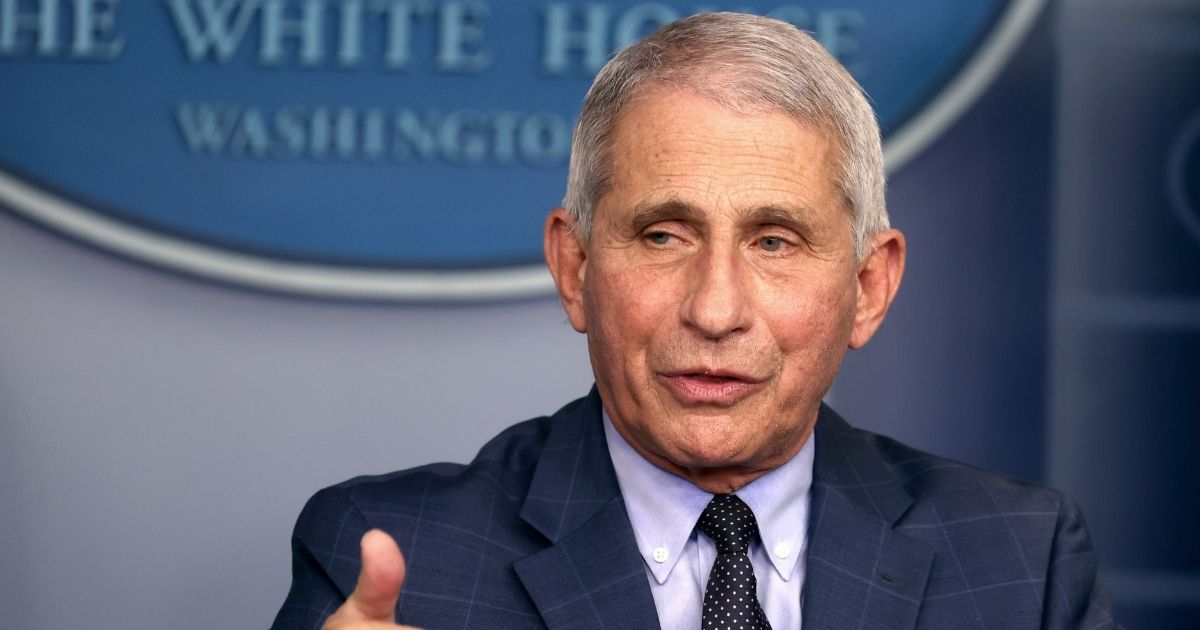 Weeks before the election, presumptive President-elect Joe Biden made sure that you didn’t trust any good vaccine news you may hear in the last days of the campaign, criticizing the president’s remarks that we were getting close to a breakthrough as irresponsible.

“I trust vaccines. I trust scientists. But I don’t trust Donald Trump,” Biden said during an October town hall meeting. “And at this moment the American people can’t either.”

The subtext was that a vaccine could be rushed through to appease the president and improve his re-election chances — something that should have been treated as farcical conspiracy theorizing on its face but, instead, was taken seriously by the left.

Even after the election, Democratic New York Gov. Andrew Cuomo — whose state has been hit harder than any other by COVID-19 — intimated he might block distribution of an effective vaccine simply because Trump was still in the White House.

“The vaccine plan is very important and it’s probably the most ambitious undertaking since COVID began. … And the Trump administration is rolling out the vaccination plan and I believe it’s flawed,” Cuomo told “Good Morning America” anchor George Stephanopoulos, adding that “when you deny a problem the way Trump did, you can never solve it and that’s true in life.”

I don’t expect the Democrats to suddenly put their trust in President Trump, but they ought to consider trusting Dr. Anthony Fauci. In fact, they already do — whenever the nation’s leading infectious disease expert has an opinion that differs slightly from every Republicans, watch every elected Democrat tumble over one another to put a clip of his advice out over Twitter. It’s a grimly entertaining spectacle.

Fauci’s appearance at Thursday’s White House Coronavirus Task Force media briefing didn’t find its way into as many liberal Twitter feeds, however, if just because he took aim at the Democratic narrative surrounding Operation Warp Speed, the program to develop and deliver a coronavirus vaccine in record time. According to Fauci, there weren’t any corners being cut, either by the Trump administration or the developers of two potentially breakthrough COVID-19 vaccines.

Do you plan on taking the COVID-19 vaccine?

The Moderna and Pfizer vaccines were found to be 94.5 percent and 95 percent efficacious, respectively, in phase 3 clinical trials, with Fauci calling the progress made on them “extraordinarily impressive.”

“For those of you not acquainted with the field of vaccinology, that is extraordinary,” Fauci said. “That is almost to the level of what we see with measles, which is 98 percent effective. So that’s what we’re dealing with. The question is, what about how that is going to be rolled out?”

Fauci noted “the only way you can get an effective program is when people take the vaccine, and we’re going to be talking to you about that. And I hear a lot now when we made these announcements this past Monday, and then two Mondays ago, about some reticence of people: ‘Well, did you rush this? Was this too fast? Is it really safe, and is it really efficacious?’”

“The process of the speed did not compromise at all safety,” Fauci continued, “nor did it compromise scientific integrity.

“It was a reflection of the extraordinary scientific advances in these types of vaccines, which allowed us to do things in months that actually took years before. So I really want to settle that concern that people have about that. ‘What about the decision of the data? Who looked at the data? Was that some force that was maybe trying to put something over on you?’ No, it was actually an independent body of people who have no allegiance to anyone, not to the administration, not to me, not to the companies, that looked at the data and deemed it to be sound.”

“So we need to put to rest any concept that this was rushed in an inappropriate way,” he added. “This is really solid.

The Trump administration has signaled that 20 million Americans could receive coronavirus vaccines in December, which, of course, is before presumptive President-elect Joe Biden would be taking office — and before, one presumes, the second wave of COVID-19 currently hitting Andrew Cuomo’s state will have subsided. Is Cuomo not going to allow distribution of the vaccine to those who need it most, particularly front-line workers?

We live in a strange world where people believed just a few weeks ago that Trump could ram through approval for an inefficacious vaccine to help his chances at re-election. Barring a series of victories in court, Biden would be set to take the Oval Office on Jan. 20. Yet, Cuomo apparently believes Trump might somehow rush or jeopardize the vaccine roll-out to do … what?

Cuomo didn’t actually give a coherent reason for this, which ought to worry New Yorkers given this was the man who sent COVID-positive patients back into New York’s nursing homes for spurious reasons.

As for Biden, he’s gone from saying he would be wary of a vaccine released under a Trump administration to grousing that Trump’s refusal to concede hasn’t given him the keys to Operation Warp Speed yet and warning that it could jeopardize lives. (Two months ago, Biden promised he wouldn’t declare victory — therefore starting an official transition — until the results of the election were “independently certified.” I’m sure you can count on that level of assiduous promise-keeping for the rest of any potential Biden administration.)

Any suggestion that Operation Warp Speed was a rush job that could endanger American lives to get Trump re-elected was always fear-mongering. Worse, it’s fear-mongering that could hinder uptake of the COVID-19 vaccine, all because it planted the idea the Trump administration had the authority to fudge or ignore clinical data and improperly pressure pharmaceutical companies into delivering an unsafe inoculation.

The Democrats have spent the last four years condemning “irresponsible rhetoric” at every turn. It’s worth noting, then, that the legacy of this scare-tactic narrative will leave potentially deadly scars that long outlive whatever temporal electoral benefit that might have derived from it, undermining vaccines not only for the deadliest global pandemic of the past century but for other diseases, as well.