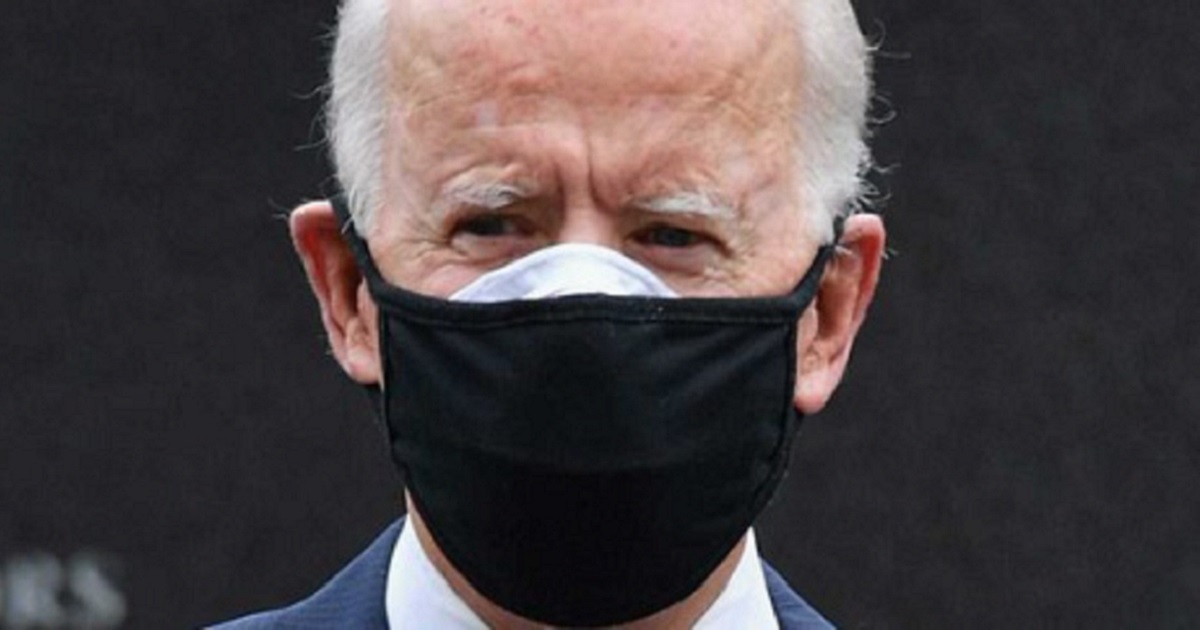 Although White House coronavirus adviser Dr. Anthony Fauci thinks wearing two masks is a great way to deal with the coronavirus, another medical expert is not so sure.

Fauci last week promoted the concept of wearing two masks, according to CNBC.

“So if you have a physical covering with one layer, you put another layer on, it just makes common sense that it likely would be more effective,” Fauci said. “That’s the reason why you see people either double masking or doing a version of an N95 [mask].”

That message was amplified by media outlets such as The New York Times, which published a piece on Jan. 21 with the summary “Double-masking is a sensible and easy way to lower your risk when you have to spend more time around others — in a taxi, on a train or plane, or at an inauguration.”

Asked about Biden double masking, @presssec says no specific CDC guidance, but Dr. Fauci has spoken to this and said it was common sense.

“I’ve been around the president where he’s been wearing one mask. I think obviously he abides by the health and medical advice,” she says. pic.twitter.com/Hf0rflcBiA

TRENDING: David Harsanyi: Biden Wants 100 Million Vaccinations by May, Trump Was on Track for 170 Million

But Michael Osterholm, the director of the Center for Infectious Disease Research and Policy at the University of Minnesota who served as a member of the Biden Transition COVID-19 Advisory Board,  according to The Washington Examiner, has a different take.

On Sunday’s “Meet the Press,” Osterholm said that wearing one mask correctly is far more important.

“Well, when we talk about double masking, remember, what we’re really talking about is just trying to prevent the virus from being excreted by me into the air or me inhaling the virus from someone else in the air. And it’s both a function of face fit and face filtration,” he said

“Think about your swim goggles. When’s the last time anybody leaked at the lenses? They leak at the, at the fit. And so what we’re concerned about is that many of these face cloth coverings do have already compromised fit or filtration capacity,” he said.

Osterholm said two masks may have the unintended consequence of forcing more of a person’s breath out around the edges of ill-fitting masks.

“If you add on another mask, you may actually make it tougher for the air to move through the two-cloth area, and then at that point, it causes more air to actually leak around the sides, which actually enhances your ability to get infected,” he said. “So I’m not saying that some couldn’t be used in a better way. But at the same time, there are many that may actually may do more harm.”

Osterholm then said wearing one mask properly remains a challenge for many.

“Let me just say right now one thing that’s really, to me, very important is we see up to 25 percent of people who wear it under their nose. You know, that’s like fixing three of the five screen doors in your submarine. You know, what’s going on there? We’ve got to get people to start using these right. That would help right there tremendously,” he said.

Earlier in the interview, Osterholm said that a variant on the virus is likely to plunge the nation into new rounds of high infection rates.

“The fact is that the surge that is likely to occur with this new variant from England is going to happen in the next six to 14 weeks. And if we see that happen, which my 45 years in the trenches tells we will, we are going to see something like we have not seen yet in this country,” he said, about a minute into the video above.

“England, for example, is hospitalizing twice as many people as we ever hospitalized at our highest number,” he said, as he called for vaccinating more people faster to avert the projected crisis.

Does it sound like these so-called experts are just guessing?

Osterholm said that even as America loosens restrictions imposed due to the virus, the time to lock down the nation will arrive soon.

“You know, we’re all loosening up right now. You know, we see the case numbers coming down. We all want to end our pandemic fatigue and our pandemic anger that don’t believe the pandemic’s even real. We got to turn that ship around, too. You know, we’re really good in this country at pumping the brakes after we wrap the car around the tree,” he said about the 4:40 mark.

“You know, what we have to do now is also anticipate this and understand that we’re going to have change quickly. As fast as we’re opening restaurants, we’re likely going to be closing them in the near term,” he said.