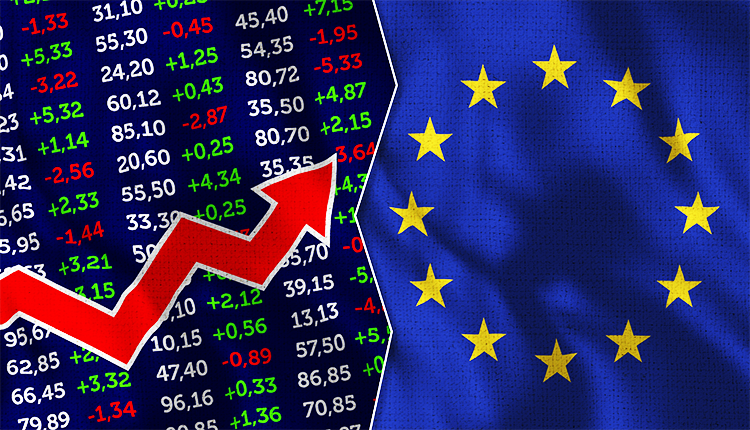 The pan-European Stoxx 600 surged forward by 0.7% on Monday. Rio Tinto, Anglo American, and BHP Group boosted the index as copper prices jumped to their highest point in more than eight years.

Meanwhile, Banks and energy stocks increased as well, with the so-called “recovery trade” igniting demand for sectors that had underperformed the broader index after the coronavirus-driven crisis in early 2020. A jump in oil prices to 13-month highs further boosted the energy stocks during the session.

The majority of European bourses were higher today. Shares skyrocketed to record highs in Asia earlier in the day too.

On Friday, U.S. President Joe Biden addressed a bipartisan group of local officials, asking them for help on his $1.9 trillion Covid-19 relief plan.

Jeffrey Halley, the senior market analyst at OANDA, noted that markets remain target fixated on the Biden stimulus, as well as coronavirus vaccine rollouts as the magic panacea for all pandemic ills worldwide.

How much did the Stoxx 600 regain after recent lows?

Thus far, historic fiscal and monetary stimulus boosted the Stoxx 600. The index recovered approximately 55% after plummeting down to a more-than-seven-year low in 2020. However, it remained lower than the U.S. S&P 500 as prolonged coronavirus lockdowns pushed stocks in the red in Europe.

According to recent reports, the eurozone economy was in a double-dip recession over the last weeks. Analysts now forecast GDP to contract 0.8% in the first quarter, reversing an earlier estimation for growth of 0.6%.

However, December eurozone industrial production data is due later on Monday. Investors will be paying close attention to it, along with consumer confidence and business activity readings, which are expected later in the week.

According to experts, Trading volumes will remain thin on Monday, considering that markets in the United States, China, and Hong Kong shut for local holidays.

Meanwhile, Vivendi skyrocketed by 17.2%, reaching the top of the Stoxx 600. The company recently announced that it planned to distribute 60% of Universal Music’s capital to investors while also aiming to list its most-prized asset by the end of 2021. As a result, shares of Groupe Bollore also jumped 12.7% as it has a 27% stake in Vivendi’s share capital.

British pubs group Mitchells & Butlers soared by 3.8% after stating that it intended to raise 350 million pounds in equity. The corporation had reached an agreement with its bankers for a new credit facility.