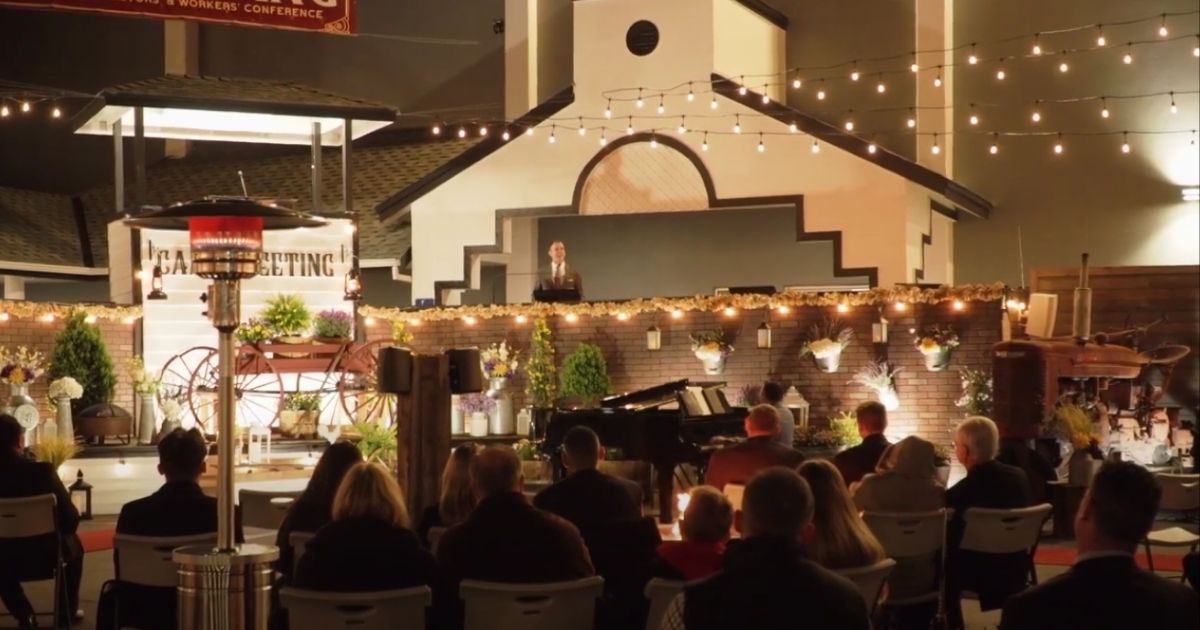 After a year of restrictions that have prevented religious assembly, a Baptist Church asked California Gov. Gavin Newsom to allow their congregation to gather for Easter.

Jack Trieber is the senior pastor of North Valley Baptist Church in Santa Clara, California. The church was forced to shut down last March after Newsom’s COVID-19 health orders deemed worship attendance nonessential, according to KABC-TV.

While the U.S. Supreme Court ruled on Feb. 5 that California’s government cannot bar churches from holding indoor gatherings, the Court also determined it can continue to ban singing and limit attendance to 25 percent of the building’s capacity.

As KABC reported, North Valley Baptist was fined more than $100,000 for attempting to hold in-person gatherings last year. The church relented to the state’s demands in September by holding services outside, but in a video released on March 14, Trieber issued a plea for the church to be allowed to open its doors more fully.

“Governor Newsom, I implore you to open up our churches Easter Sunday, April the 4,” Trieber said. “This is Sunday, early in the morning and we’re freezing out here. We’re cold. We’ve been obeying for 366 days, one year and one day.”

The pastor said that congregants were “literally freezing” throughout the winter, and, sometimes, attendees were forced to sit through hail and rain in order to attend worship services.

“And we are very hot in the summer,” Trieber added. “Yet we have a 3,000-seat auditorium that sits empty.”

In addition to hazardous weather conditions, Trieber also noted that the lockdown orders have prevented his congregation from gathering together to celebrate the holidays.

Should churches be allowed to safely reopen?

“Now, we gave you last Easter. I preached to an empty auditorium by myself in there to 3,000 people, our media people, that’s it.”

According to The Christian Post, North Valley Baptist complied with the COVID-19 health orders at first. But after months of being shut down with no apparent end in sight, the church attempted to resume indoor worship services.

Then, in August, the church was fined $5,000 for holding a socially distanced worship service in the morning and $5,000 for the evening service.

A notice was also posted on the door, accusing the church of “failing to prevent those attending, performing and speaking at North Valley Baptist’s services from singing.”

The letter revealed that county officials had observed the “unlawful activity” while secretly attending one of the services. The county said that North Valley Baptist must “immediately cease” their activities and that “failure to do so will result in enforcement action by the county.”

The church was eventually forced to hold services in the parking lot after racking up around $112,000 in fines. According to KABC, there are reportedly no plans for the fines to be forgiven.

While a government should seek to protect its citizens during a public health crisis, people of faith deserve the opportunity to gather to practice their religion. Advising houses of worship on how to hold services safely is fair, but holding them to a higher standard than secular businesses is downright hypocritical.

As The Associated Press reported in December, California imposed restrictions on worship venues while allowing strip clubs and liquor stores to remain open.

If Newsom’s public health orders can grant exceptions for certain businesses, then the California governor should start listening to faith leaders’ concerns and working with them to safely reopen.