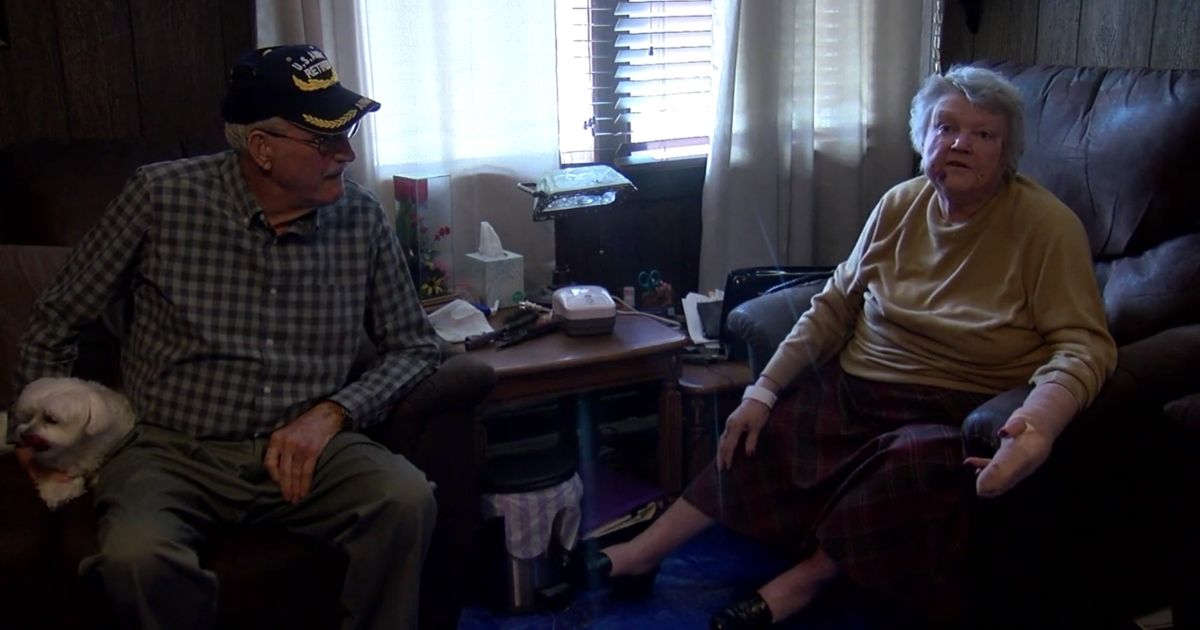 An elderly Vietnam War veteran protected his wife when an attempted home invader forced his way into their house Monday afternoon.

Herbert Parrish, 82, and 79-year-old Lois Parrish were at home when they heard a knock at their back door around 2 p.m., WACH-TV reported.

“I opened the door and he said he was looking for his little white chihuahua and wanted to know if I saw it. And I told him, no, I haven’t,” Lois Parrish said.

When she tried to close the door, the man — later identified as 61-year-old Harold Runnels — forced his way inside.

Investigators with the Aiken County Sheriff’s Office said that Runnels used the back of a large knife to beat the elderly couple and Lois Parrish fell to the ground, according to WACH-TV.

TRENDING: The Polar Vortex Is Proving Exactly Why Green Energy Is a Disaster for America’s Power Grid

She injured her left index finger and Runnels used a knife to cause a laceration on her forehead.

“I felt, we’re gone. He’s going to kill us and take what he can take,” Herbert Parrish told WACH.

“He was not going to go out that door and leave us alive. That’s the way I felt. That’s why I said, ‘I’ve got to do something quick and get the edge on him. Get the advantage of him.’”

Parrish quickly grabbed a shotgun that was hanging on the wall and began to hit Runnels with the handle of it until the intruder was unconscious.

“Then I started beating him in the head with the barrel, and I know I must have hit this guy 10 times right in the face, just as hard as I could hit him,” he said.

The couple and their neighbors were shocked and shaken by the incident.

“I’m pretty sure everyone around here feels some type of way now. Everyone’s saying make sure your doors are locked, don’t go anywhere, don’t answer the door.”

Police believe the incident was a random crime.

“He was a lifelong military. Served all around the world. It’s a shame because they’re really, really nice people,” neighbor Jim Paradis said.

Hill added, “I was kind of worried because I don’t know who would come after an elderly couple. He decided to knock on the wrong door.”