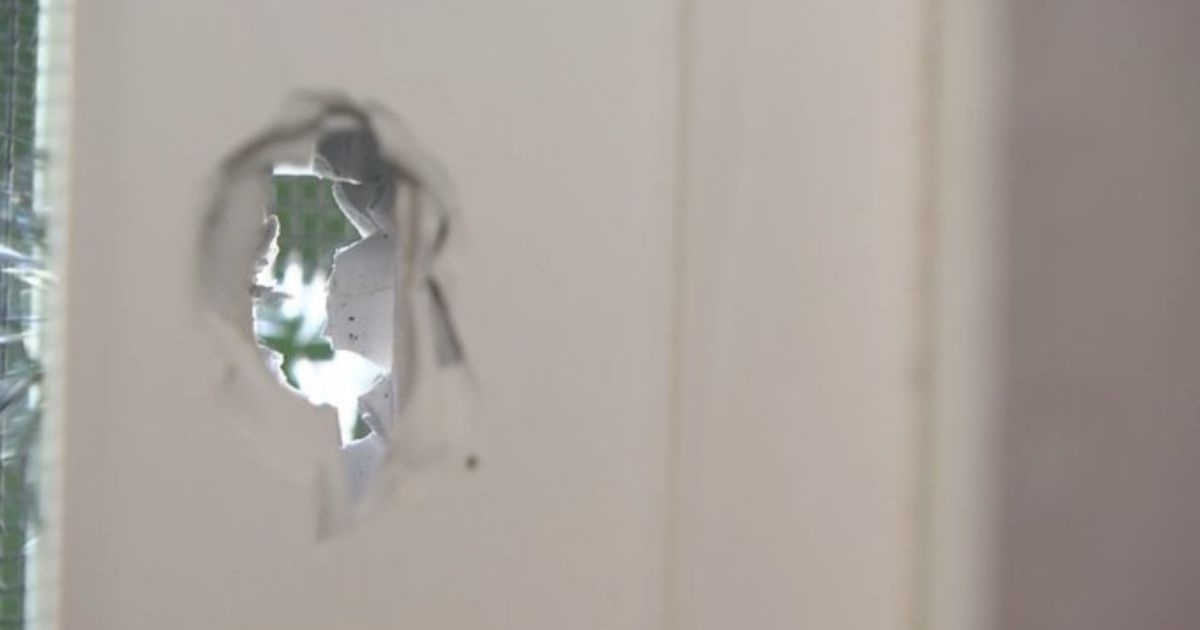 An elderly couple’s home in northern Seattle was targeted in a drive-by shooting Friday, apparently because they fly a pro-police flag.

Surveillance video showed a dark SUV driving up to the home, firing nine shots and driving away, KIRO-TV reported.

The couple believes they were targeted because of the “thin blue line” flag they flew in their yard to support the Seattle Police Department.

Six gunshots hit the home and their car, and one pierced through multiple walls.

“I went numb. This didn’t really happen, did it?” the man told KIRO.

The couple did not want to identify themselves for fear of retaliation if the shooter returns.

“I’m fearful because I don’t know who it would be that would get that angry,” the woman said.

The homeowners had faced trouble in the past because of the flag but didn’t expect it to escalate to this point.

“About twice a week someone was coming by and saying derogatory remarks saying take it down,” the man said. “I didn’t argue with anybody.”

The street outside their house was also painted with “ACAB,” which stands for “All Cops Are Bastards,” as well as “Black Lives Matter.”

They replaced the large flag they originally flew with a smaller one, hoping to de-escalate the situation, and filed a police report for harassment.

“Everybody has an opinion and we’re entitled to it, but you don’t shoot me for it,” the woman said.

After the shooting incident, Seattle police officers told the couple that it wasn’t safe for them to fly the flag.

“The police said, ‘As much as we appreciate your support, we tell our families don’t fly them,’” the woman said.

Seattle has been a site of anti-police unrest and violence since George Floyd’s death on May 25 in Minneapolis after an officer knelt on his neck for roughly nine minutes during an arrest.

Interim police Chief Adrian Diaz said there has been a shift recently and police officers and demonstrators have had fewer violent confrontations, according to KOMO-TV.

Diaz said this is a result of the deployment of a new Community Response Group that travels between precincts, while leaders in Seattle’s black community said the de-escalation was caused by a disassociation with violent nightly marchers who have “hijacked” the Black Lives Matter message.