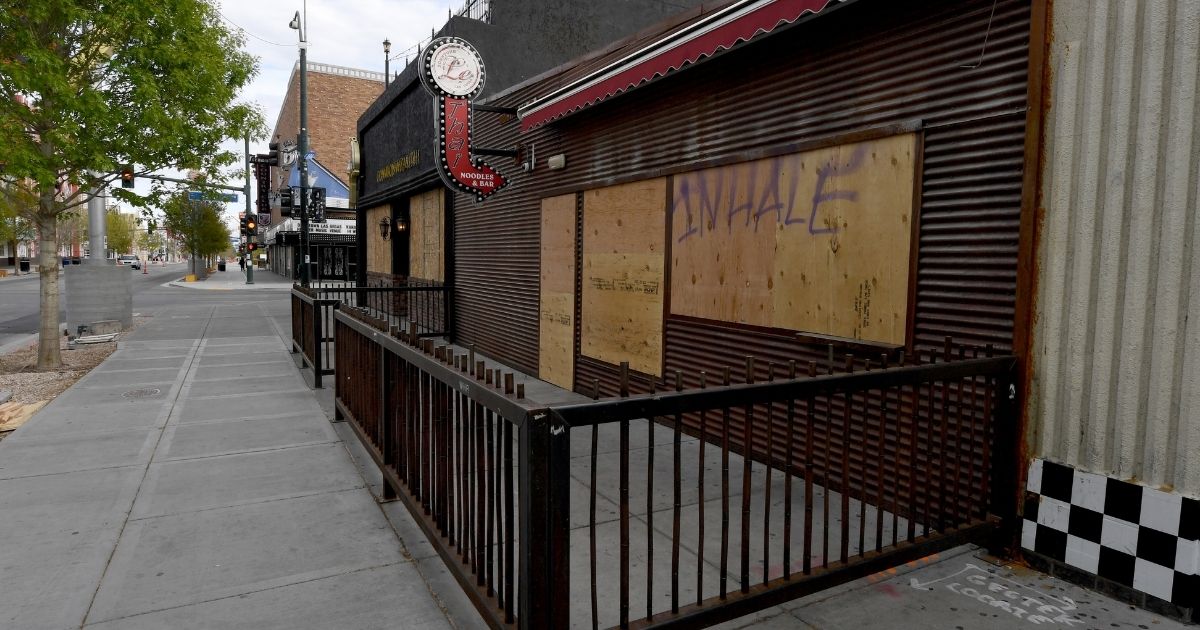 The fallout of the extended, panic-induced coronavirus shutdowns and restrictions will have devastating psychological, physical and economic consequences for years to come.

That’s the sobering assessment of Dr. Jay Bhattacharya, an economist and professor of medicine at Stanford University, and Martin Kulldorff, who teaches at Harvard Medical School.

In a podcast Monday with The Federalist publisher Ben Domenech, Bhattacharya warned that the pervasive collateral damage of the shutdowns will haunt Americans for at least a generation.

“The lockdowns have had enormous collateral damage,” he said. “We’re going to be counting those costs for, I mean, at least a decade, maybe a generation, with the loss of schooling.”

Left-wing cable network CNN has been accused of intentionally overhyping the pandemic to terrorize its viewers in order to boost ratings.

According to Bhattacharya, a tragic fallout of the mass panic-stoking has been that government officials have pushed unscientific guidelines and mandates based on hysteria — not on science.

Unfortunately, he doesn’t believe there will be any accountability for the misguided “experts” who rabidly promoted the draconian, ineffective coronavirus restrictions and lockdowns.

“I’m much less interested in accountability in terms of particular people,” Bhattacharya said. “I’m much more interested in accountability in the sense of creating systems that allow us to make better decisions in the midst of the fear of a pandemic, because I think that’s really the root of the problem that we’ve had, is that we have made all these decisions in panic mode almost for a full year.

Do you agree that mass shutdowns were unnecessary?

“And rather than sort of calmly following plans that we’ve made that made sense — which wasn’t a lockdown — we instead decided that only the lockdown could be the solution without counting the costs at all.”

Using fear to drive public policy not only decimated the economy but compromised people’s health as millions forsook treatment for curable diseases and chose instead to focus entirely on the coronavirus (which is not threatening to the vast majority of people).

“The harms are not money, not just money, the harms are health: missed cancer screenings, heart attacks not treated, diabetes patients not managed,” Bhattacharya said.

“And internationally, it’s even more devastating. A hundred million people with food insecurity. I mean, it’s orders of magnitude worse than COVID.”

🚨 Hear it straight from the horse’s mouth:

RELATED: Watch: Biden Defies Science, Breaks with CDC Guidelines by Walking Outside with Mask On

Bhattacharya underscored that going forward, it’s critical for public health officials to not foment panic, but instead to instill calm when navigating crises.

“I think we’re going to need to have a serious conversation, both in public health and public policy, about what we should do when everybody is scared,” he said.

Bhattacharya previously said one political leader who has managed the coronavirus very well is Florida’s Republican governor, Ron DeSantis, whom he praised as gutsy and wise.

“He’s extraordinary,” the physician said April 17 on “The Tom Woods Show” podcast. “I mean, there’s this like combination of … bravery, intellectual bravery, and also willingness to take a stand and sort of a knowledge that I’ve never seen in a politician.”

He said DeSantis knows more about COVID-19 than “most epidemiologists,” and he was amazed by the governor’s impressive handling of the crisis in Florida.

Bhattacharya and Kulldorff are the co-authors of the Great Barrington Declaration, a statement criticizing the sweeping shutdowns.

The declaration was signed in October by a bipartisan group of 44 top physicians and scientists from around the world.

There has always been an alternative to lockdown policies.

A #focusedprotection strategy is not ‘do nothing”.

It is do something better.

Our elders have not been properly protected, the lockdown response has failed those most at risk.#abetterwayhttps://t.co/NLEGmveo0f pic.twitter.com/CzzGNOPfdj

The group, which advocates herd immunity as the optimal approach for combating the coronavirus, said closing schools and businesses was wrong and will have devastating consequences for years to come.