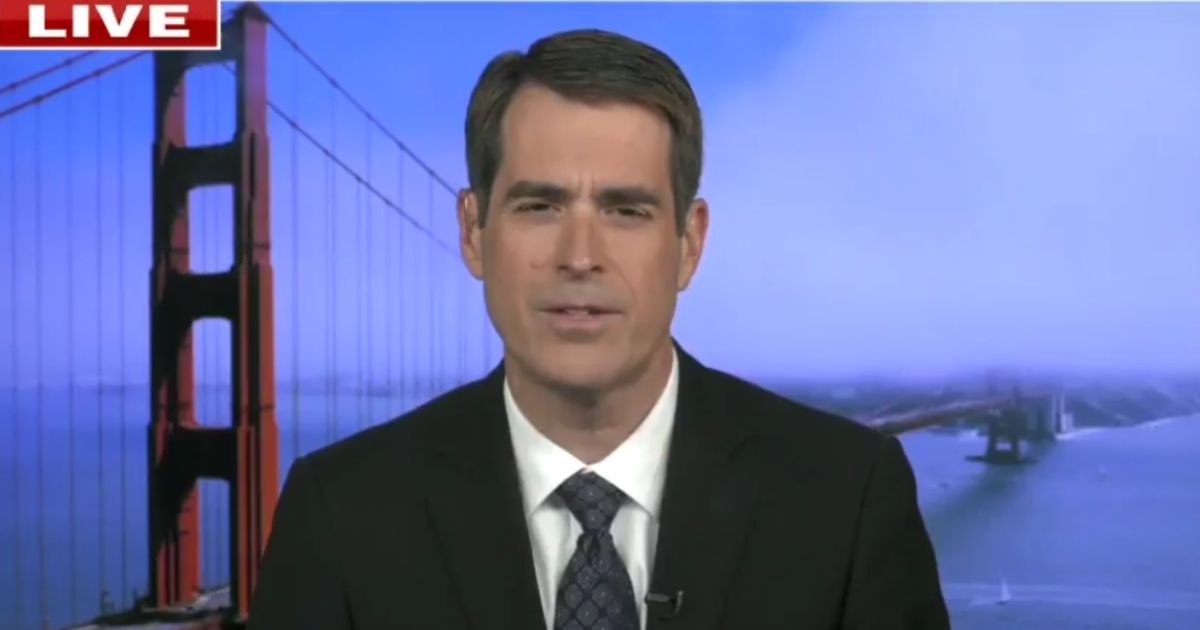 A doctor in Northern California has been fired from his job after he co-authored a letter that questioned the science behind his county’s lockdown order.

Dr. Michael deBoisblanc was working as the trauma medical director for John Muir Health in Contra Costa County, California, until last Friday, after he questioned the scientific basis for again locking down citizens of the area.

KNTV reported that deBoisblanc wrote a letter to the county health director and board of supervisors voicing his concern regarding the continued lockdown policies prior to his dismissal.

The former medical director spoke from his own experience as a parent, expressing his apprehension that Bay Area students were not being allowed to attend in-person classes, according to KTVU-TV.

Along with doctors Pete Mazolewski and Brian Hopkins, deBoisblanc wrote that there were “deep concerns regarding more lockdown measures.”

“The science is clear,” the letter continued, “that more lockdowns lead to much more non COVID morbidity and mortality.”

“Public policy is being based on erroneous assumptions,” it added.

The trauma physician said “we’re worried some of the actions the county and government is taking can definitely have negative impacts on the public health,” according to KTVU.

DeBoisblanc’s letter seemed to ruffle the feathers of those at the county health department and other San Francisco Bay area officials.

John Gioia, the District 1 Supervisor for Contra Costa County, defended the California lockdown, which is based largely on a reported shortage of hospital beds.

“All of these orders have been based on strong science and good data,” Gioia said. “They are citing data that our health department believes is not reflective of accurate current thinking [in the letter].”

But another area leader said that more transparency is needed from health officials during the pandemic.

“That only engenders trust and leads people to understand why we’re making these decisions and why we need them to behave in certain ways,” San Francisco District 6 Supervisor Matt Haney said.

DeBoisblanc seemingly had merely sought for clear answers regarding those affected by lockdowns, including embattled small business owners.

“We felt these were important questions that the people who are affected by these measures deserved answers to,” he said.

But deBoisblanc has now been moved to the back of California’s large unemployment line.

His employment at the hospital in Walnut Creek was terminated last week with little explanation from superiors.

“The Medical Director of Trauma and Regional Transfer Services is a contracted position and, after careful consideration, John Muir Health is not continuing with Dr. deBoisblanc in that position,” a statement issued by John Muir Health read.

Dr. deBoisblanc spoke to Fox News on Wednesday regarding his termination of employment, as well as the lockdown’s effects on school children who are being kept out of classrooms.

“All the data that I am aware of, looking at children and the virus, shows that it’s safe,” he told the network. “There are many other states now that have months of track records showing that it’s safe for their kids to go back to school.

“And the state of California and the county is just not making that possible.”

The doctor also defended restaurants and small businesses, which have been intensely struggling during the pandemic.

“These are restaurants that are just trying to survive, and keep their doors open,” he said. “It’s been very difficult for them.”

DeBoisblanc later revealed that he was not fired from his job solely because of the letter, but he said it was “clearly related to the letter.”

Do you believe that public health officials are following the science with regard to COVID lockdowns?

The California Department of Public Health announced a regional stay-at-home order on Dec. 3, which urged most residents of the state to stay home during the Christmas month, citing the shortage of hospital beds and rising number of cases. Contra Costa Health Services echoed this request in a media release on Dec. 16.

“Due to the dwindling supply of hospital beds for patients who need intensive care in the Bay Area, the state will apply a regional stay-at-home order across the nine-county region to slow the spread of COVID-19 and prevent the region’s hospitals from becoming overwhelmed,” the release stated.

“Now more than ever, Contra Costa Health Services (CCHS) urges everyone who lives or works in the county to follow the health advice within the law to keep themselves and their loved ones safe during the holiday season.”

The order, among other recommendations, urged people to avoid “in-person gatherings with people who do not live in your household, especially indoors.”

Despite his termination, deBoisblanc had only kind words for health care workers at his former hospital attempting to navigate the difficulties of the pandemic.

“That’s a great hospital, they are doing amazing things,” he told Fox.

“The doctors and nurses there taking care of COVID patients are risking their health every day. They just got the first round of the vaccine. And let me tell you, it’s a big relief for them.”