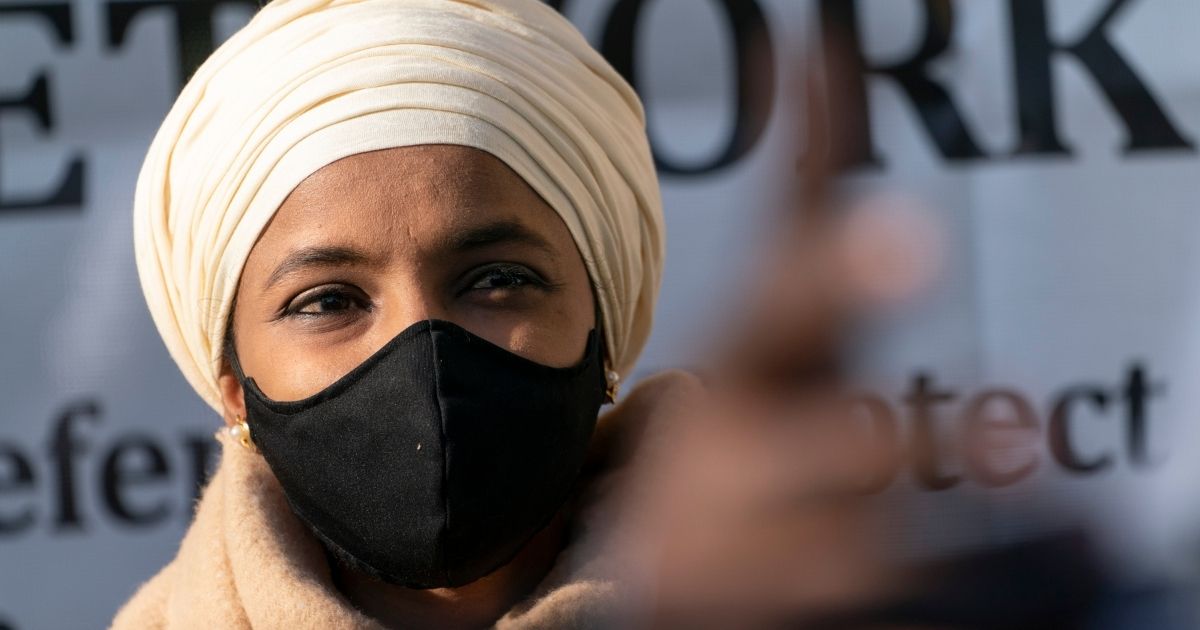 The Minnesota member of the self-styled “squad” of progressives was promoted to vice chairwoman of the House Foreign Affairs Committee’s subcommittee on Africa and global human rights issues, according to the Minneapolis-based Star-Tribune.

“Upholding basic human rights around the world is a core priority for me and the Fifth District of Minnesota,” Omar said in a statement. “As someone who represents a large African diaspora community and is the first African-born immigrant to serve in Congress, I am particularly excited to play a leadership role in overseeing our international aid and foreign policy on the continent.”

“The idea that Ilhan Omar is even on the foreign affairs, foreign relations committee, is absurd,” Hegseth said Friday during an appearance on “Fox News Primetime” with host Mark Steyn.

“Now she’s a vice chair of a subcommittee,” he said. “This is the modern-day Democrat Party — anti-Americanism writ large.”

“It’s kind of like if Eric Swalwell of Fang Fang fame was on the Intel Committee,” Hegseth also said. “Oh wait, he is, isn’t he?”

In December, reports emerged that Swalwell, a Democratic congressman from California, had been so close to Christine Fang, also known as Fang Fang — a woman suspected to be a Chinese spy — that he was given an FBI briefing to warn him.

During his appearance, Hegseth referenced comments Omar made that denigrated the impact of the 9/11 terrorist attacks during a 2019 speech to the Council on American-Islamic Relations in Los Angeles. In her speech, she complained of the plight of Muslims in America.

Are Democrats the party of far-left radicals?

“For far too long we have lived with the discomfort of being a second-class citizen and, frankly, I’m tired of it, and every single Muslim in this country should be tired of it,” she said then, according to The Associated Press.

“CAIR was founded after 9/11 because they recognized that some people did something and that all of us were starting to lose access to our civil liberties,” she said.

Her bottom line to fellow Muslims was to be confrontational.

“So, to me, I say raise hell. Make people uncomfortable,” she said.

The comments triggered a strong reaction at the time.

“We know who she is,” he said. “Her view of foreign policy is, it’s all Jewish-financed American imperialism. We’re the problem in the world.”

Steyn said it was surprising that Omar has been promoted despite her history of “denigrating” the United States.

Hegseth agreed that Omar has turned her hate on those who welcomed her.

“Minnesota welcomed her, housed her, fed her, educated her, empowered her, elevated her and then elected her,” he said, “and ultimately when she sees the United States, she sees a racist, oppressive or torturous country. When she looks back at Somalia, it’s blissful. Those are her words, not mine.”

“And unfortunately … her district in Minnesota has sent more of its residents to go fight with ISIS, on their side, than any other district in America,” Hegseth added. “So she’s got a little bit of a terrorism problem in her backyard that she hasn’t addressed. But you can ‘fail up’ in the United States House — and get a vice chairmanship.”

The Coalition for Jewish Values also objected to the promotion.

“This appointment is both risible and dangerous. Ilhan Omar’s long-standing hatred for Israel and contempt for Jews and for America make this a mockery of human rights advocacy,” said Rabbi Steven Pruzansky, Israel regional vice president of the CJV, according to Breitbart.

“I have little doubt that she will abuse the framework of ‘human rights’ to further her campaign to demonize the Jewish State, as the UN Human Rights Council does on an annual basis. Rep. Omar should have been stripped of her committee assignments, rather than rewarded with a promotion.”

“The real concern is that House Democrats are treating Anti-Semitism as a political weapon, abetted by the silence and even backing of Democratic Jewish members,” added Rabbi Pesach Lerner, president of the CJV.