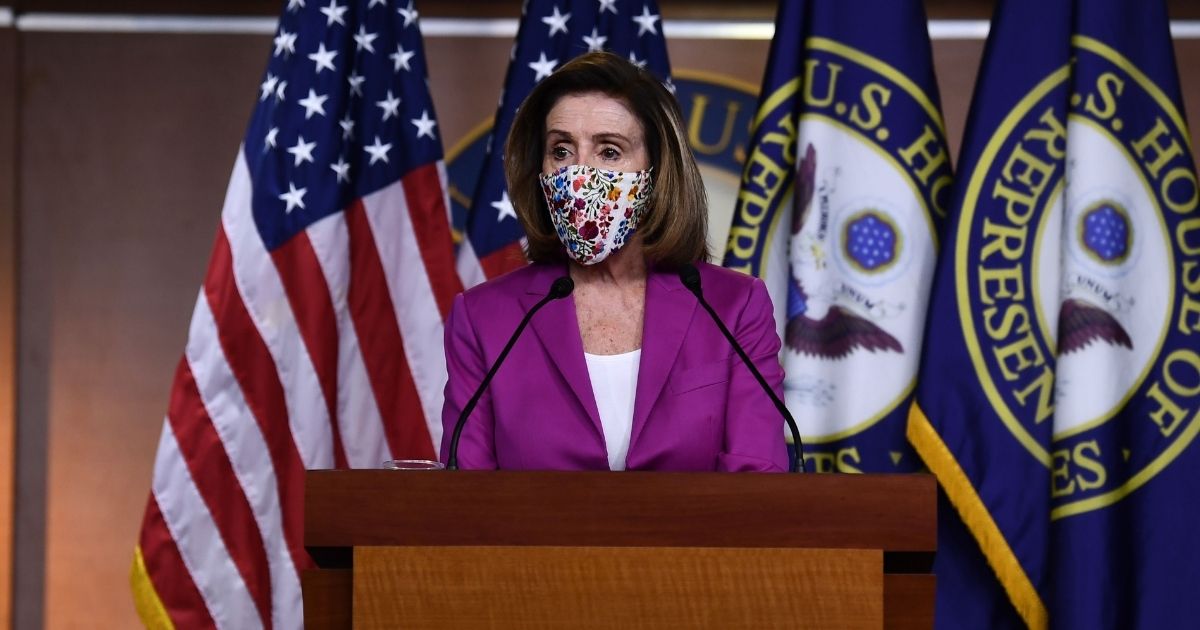 Democrats wanted what’s called unanimous consent to pass the resolution, which continues the headlong efforts of Democrats to remove Trump from office before the president’s term ends on Jan. 20, when President-elect Joe Biden is sworn into office. The 25th Amendment allows a vice president and the president’s Cabinet to remove a president from office who is incapable of performing his duties.

Democrats were foiled by Republican Rep. Alex Mooney of West Virginia, who objected to the request. He explained his reasons in a statement published on his website.

“It is wrong to have sent members of Congress home and then try to adopt without any debate a precedent-setting resolution that could imperil our Republic. The U.S. House must never adopt a resolution that demands the removal of a duly elected president, without any hearings, debate or recorded votes.”

Pelosi said that Democrats will continue their effort to drive Trump from office Tuesday when the House reconvenes.

“On Wednesday, the President incited a deadly insurrection against America that targeted the very heart of our Democracy. The President represents an imminent threat to our Constitution, our Country and the American people, and he must be removed from office immediately,” Pelosi said in a statement on her website. “Today, in pro forma session, Leader Hoyer introduced a Unanimous Consent request to take up legislation by Congressman Jamie Raskin calling on the Vice President to mobilize the Cabinet to activate the 25th Amendment to remove the President.

“The House Republicans rejected this legislation to protect America, enabling the President’s unhinged, unstable and deranged acts of sedition to continue. Their complicity endangers America, erodes our Democracy, and it must end,” the House speaker went on.

Is this more divisive politics?

Fox News reported that it was told by a “senior Trump administration official” that Pence “has not been involved in any 25th Amendment conversations.”

Although the effort to use the 25th Amendment to remove Trump appears stalled, a vote to impeach Trump will come Wednesday, according to CNN.

The article of impeachment against Trump will charge him with “incitement of insurrection.”

“Donald John Trump engaged in high Crimes and Misdemeanors by willfully inciting violence against the Government of the United States,” the article reads. “He threatened the integrity of the democratic system, interfered with the peaceful transition of power, and imperiled a coequal branch of Government. He thereby betrayed his trust as President, to the manifest injury of the people of the United States.”

Democratic Rep. David Cicilline of Rhode Island said passage is assured in the House, whose Democratic majority could be increased by Republicans angered at Trump over his conduct before, during and after last week’s Capitol incursion.

RELATED: Secret Service Investigating Death Threats Made Against Mike Pence – Look Who Made Them

Here is the article of impeachment I just introduced, along with 213 colleagues, against President Trump for Incitement of Insurrection.

Most important of all, I can report that we now have the votes to impeach. pic.twitter.com/RaJIjzQSvm

“Rep. Adam Kinzinger (R-Ill.) has said publicly he could vote in favor, though House GOP Conference Chair Liz Cheney of Wyoming has privately signaled she may support impeachment, according to multiple sources. But there are as many as 10…” https://t.co/TaFOAYZspS (2/2)

“We must come together to heal our nation, but House Democrats’ latest attempts to remove the president from office will further divide us,” said Republican Rep. Tom Emmer of Minnesota, according to the Los Angeles Times.

“It is a politically motivated effort by Nancy Pelosi and House Democrats that will fracture our nation even more instead of bringing us together,” he said.