Home Daily News Democratic Senator Posts a Good Tweet for Once – Then the Lib... 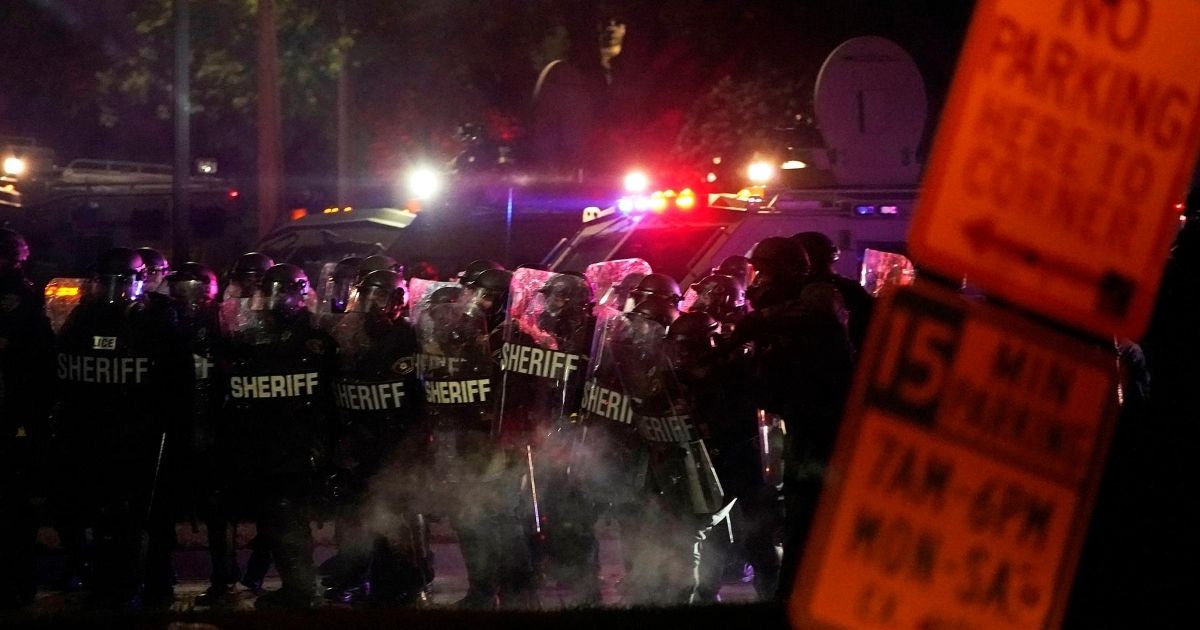 Connecticut Democratic Sen. Chris Murphy should be a non-entity in almost every way possible.

I mean, just look at the name. If he was Sen. John Doe, there would at least be the amusing curiosity of a senator named John Doe. Chris Murphy is what James Patterson would name an evil legislator in one of those tossed-off airport bookstore novels that are more typing than they are writing.

He also hasn’t distinguished himself through the originality of thought, charisma or anything like that. Murphy, who replaced Joe Lieberman when he finally got tired of dealing with Democratic malarkey, is up for re-election this year but has roughly zero chance of losing.

He’s managed to distinguish himself, to a certain extent, as a gun control freak.

In any other year, his book about the evils of firearms, “The Violence Inside Us,” would take up the back end of a few news cycles. However, things have, well, changed these past few months.

WikiLeaks documents revealed he was long-listed in the Hillary Clinton’s veepstakes back in 2016 — but so were Apple CEO Tim Cook and Microsoft founder Bill Gates, according to the Hartford Courant.

One thing we can be sure of: He can’t distinguish himself via courage. He was given the chance to do that this past week and failed spectacularly.

As you’re no doubt aware, Jacob Blake was shot several times in the back by police in Kenosha, Wisconsin on Sunday.

The situation is more complex than it appeared in the original 20-second clip that was posted to social media, given the fact police had been made aware Blake had a warrant out for his arrest. (He was wanted for alleged sexual assault.) At the time he was shot, Blake was also reaching into the driver’s side of his car, where he allegedly had a knife.

Whatever the case, Kenosha has been engulfed with looting and rioting. But don’t worry, everyone — as CNN made sure to vouchsafe to us, the whole thing was “fiery but mostly peaceful”:

You cannot make this up… A CNN reporter is standing in front of a building engulfed in flames and CNN’s chyron reads:

In the midst of this, a 17-year-old from Illinois, Kyle Rittenhouse, who came to Kenosha with a rifle for reasons that are still under debate, allegedly shot and killed two individuals on Tuesday. The shooting was labeled vigilantism by the media.

So anyhow, Murphy decided to make a bit of sense for once. He called out police (OK, maybe not so good), but also the looters and vigilantes who had united around Kenosha.

“Vigilantism is bad,” Murphy tweeted Thursday. “Police officers shooting black people in the back is bad.

“Looting and property damage is bad. You don’t have to choose. You can be against it all.”

Shockingly, the post actually made some sense. So, of course, it was quickly deleted by Murphy:

Chris Murphy actually had to delete this tweet because some of his far-left followers decided it was too controversial. Beyond parody.

“I don’t normally delete tweets, but just got rid of one that mistakenly gave the impression that I thought there was an equivalency between property crime and murder,” Murphy said in his apology tweet.

I don’t normally delete tweets, but just got rid of one that mistakenly gave the impression that I thought there was an equivalency between property crime and murder.

Of course I don’t think that. So I just took it down.

“Of course I don’t think that. So I just took it down.”

Blake wasn’t murdered, by the way, and Rittenhouse is innocent until proven guilty, something a senator should probably understand. (Rittenhouse claims he was acting in self-defense).

The property crime, however, was very real and very widespread. And by the way, there wasn’t any equivalence between any of those things. Murphy was simply saying they were all wrong.

The issue, one feels, wasn’t that he was drawing an equivalence.

It’s that property crime, no matter how massive a scale it may occur on, simply cannot be condemned by anyone on the left without them being attacked for giving quarter to the right. It’s almost as if setting fire to a building, if done in the name of a political cause, is equivalent to getting busted with a joint.

What’s more, this deletion got almost no play in the news. The one article in which I found it mentioned should be a warning to Murphy and his compatriots, however: It was titled “This Is How Biden Loses” in The Atlantic, a publication not known for giving quarter to conservatives (or even moderates).

Writer George Packer doesn’t think there’s any question regarding what happened: “If George Floyd was crushed to death by depraved indifference, Jacob Blake is the object of an attempted execution,” he wrote in the Friday piece.

However, he also noted “the wishful thinking, fearful hesitation, or sheer complacency that fails to address what voters can plainly see.”

“Kenosha explodes in rage, the same rage that’s been igniting around the country all summer long, fading in Minneapolis only to flare up in Portland. In Kenosha, as elsewhere, what starts in peaceful protest soon leads to violence: cars burned, shops smashed, local businesses destroyed,” he wrote.

“Police and rioters incite one another to escalate; armed vigilantes take matters into their own hands; and a teenager from out of state kills two local men with an AR-15-style rifle. The authorities are overwhelmed and ineffectual, offering little in the way of information or protection. Within a couple of days, much of the small city is a ruined landscape.”

And therein lies the wider problem Murphy’s deleted tweet represents: “In the crude terms of a presidential campaign, voters know that the Democrat means it when he denounces police brutality, but less so when he denounces riots.”

“Democratic leaders, from the nearly invisible mayor of Kenosha up to those on the presidential ticket, are reluctant to tarnish a just cause, amplify Republican attacks, or draw the wrath of their own progressive base (Senator Chris Murphy of Connecticut deleted a tweet saying that both the Blake shooting and the riots were wrong after commenters accused him of equating the two),” Packer wrote.

“So Democrats continue to mute their response to the violence and hope it will subside, even though it has persisted straight through the summer.”

Leaving aside the minefield the loaded phrase “tarnish[ing] a just cause” presents us with — this is The Atlantic, after all, and its demographic isn’t people like me — Packer’s right.

This is how Biden loses. This is how Chris Murphy becomes the non-entity he so richly deserves to be.

Neither is willing to do anything in the face of riots they just hope will go away, even when logic and experience dictate they won’t.

This should be the face of the Democratic Party in 2020: Sen. John Doe, a man who can’t even state a simple moral and legal truth without retracting it once the digital mob shows up at his door.

If these are our new leaders come next January, heaven help us.