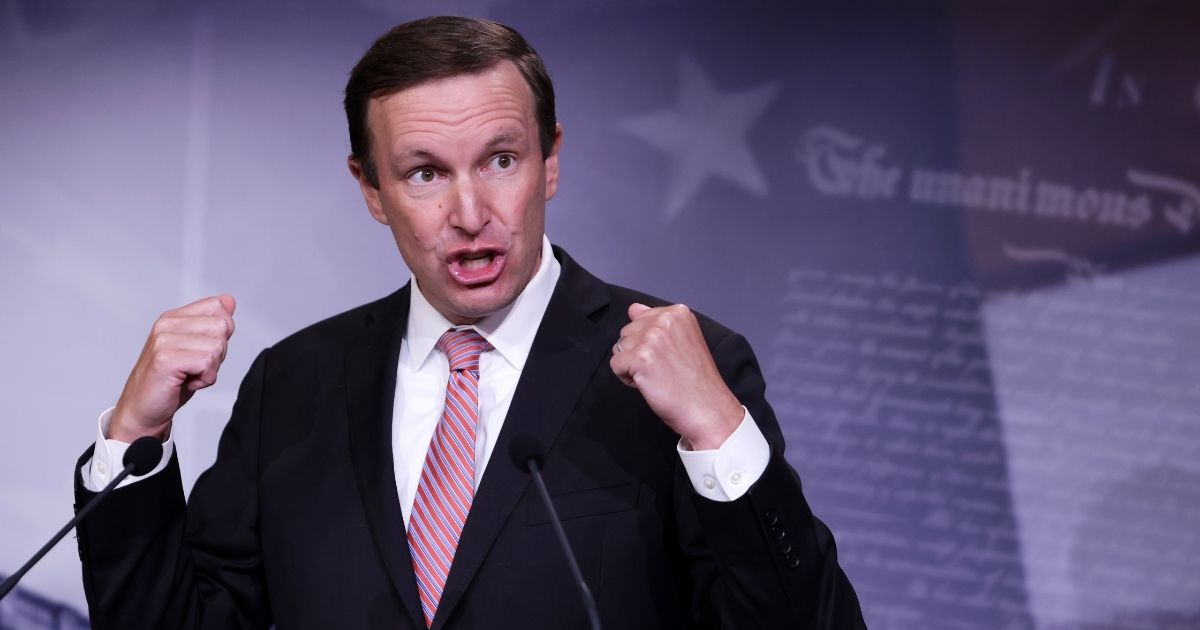 A theory has begun to propagate in left-wing and mainstream media circles that newly surfaced private emails that allegedly incriminate Hunter Biden in a foreign influence peddling scheme are part of a Russian disinformation campaign aimed at manipulating the 2020 presidential election.

The communications from a laptop allegedly owned by Hunter Biden, published starting Wednesday in the New York Post, show Biden reportedly discussed granting U.S. vice presidential access to one of his business partners at the Ukrainian energy company Burisma Holdings.

Democratic Sen. Chris Murphy of Connecticut was adamant that Democratic presidential nominee Joe Biden should be “furious” at the Post and other outlets, however, tweeting Saturday that the new allegations are just another example of the Russian intelligence community disseminating propaganda in the U.S. by way of uncritical and “virulently pro-Trump” figures.

“Joe Biden — and all of us — SHOULD be furious that media outlets are spreading what is very likely Russian propaganda,” Murphy wrote. “I’ve seen the intel. The mainstreaming of misinformation is Russia’s 2020 goal. Here’s what we know, and why we can’t take it lying down.”

2/ Russia knew it had to play a different game than 2016. So it built an operation to cull virulently pro-Trump Americans as pseudo-assets, so blind in their allegiance to Trump that they’ll willingly launder Kremlin constructed anti-Biden propaganda.

Guiliani was a key target.

“Russia knew it had to play a different game than 2016,” Murphy added.

“So it built an operation to cull virulently pro-Trump Americans as pseudo-assets, so blind in their allegiance to Trump that they’ll willingly launder Kremlin constructed anti-Biden propaganda.”

Do you think the “Russian disinformation” argument is a conspiracy theory?

According to the senator, a prime example is White House ally and former New York City Mayor Rudy Giuliani, who had a hand in bringing Hunter Biden’s alleged emails to light.

“Whether he knows it or not, Giuliani is effectively a Russian asset now,” Murphy tweeted.

The claim was not original, having already been made days earlier by a series of establishment media outlets.

5/ And you don’t have to believe me. Believe the Department or Justice – Trump’s own FBI is investigating the “leaked” Hunter Biden emails as Russian spycraft. https://t.co/iZ5sAD50FT

On Thursday evening, The Washington Post reported Giuliani had been flagged by the U.S. intelligence community last year as a likely target for Russian disinformation.

RELATED: Georgia Dem Ossoff Receiving Twice as Much in Big-Money Donations from California as He Is from Georgia

The confirmation apparently came from four anonymous former officials who suggested the White House was aware of the risk Giuliani posed while seeking out evidence against the Bidens in a corrupt Ukraine.

A variety of others have since followed up on the claim, with NBC News revealing less than two hours later that federal investigators were already probing the email scandal as a potential foreign intelligence stunt and matter of national security.

CNN was more specific, reporting that the FBI is looking into the matter as “part of a larger investigation into Russian disinformation that dates back to before the impeachment inquiry last fall.”

Murphy expounded on the apparent virtues of his theory Saturday, alleging Russia’s master plan was to employ the “major” credibility of the media for the purpose of tricking the American people.

He suggested the logical workaround was total suppression of the story by editorial boards nationwide.

8/ And American media do have major credibility, for good reason. They do amazing work, and get most stories 100% right.

Russia wants to use this credibility to their advantage. And that’s why we all have to be vigilant. Democracy depends on it.

“Why is it important for media to not simply pick this story up and amplify it? Why should we be offended that the VP is being asked about it?” Murphy asked. “Because this is Russia’s bet — that America, and its media, is so hungry for salacious stories that no one will vet their lies.”

“American media do have major credibility, for good reason. They do amazing work, and get most stories 100% right. Russia wants to use this credibility to their advantage,” he wrote.

“That’s why we all have to be vigilant. Democracy depends on it.”