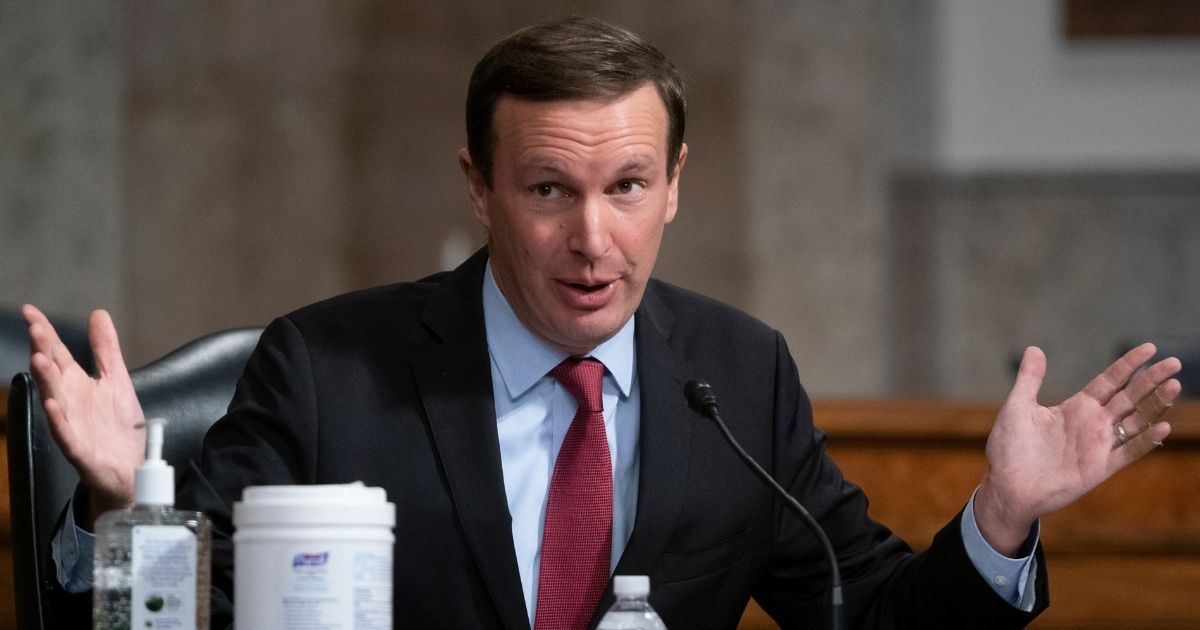 President Donald Trump and first lady Melania Trump have both been diagnosed with coronavirus, according to a late-night tweet Thursday.

“Tonight, @FLOTUS and I tested positive for COVID-19,” Trump wrote to his millions of followers.

“We will begin our quarantine and recovery process immediately. We will get through this TOGETHER!”

Tonight, @FLOTUS and I tested positive for COVID-19. We will begin our quarantine and recovery process immediately. We will get through this TOGETHER!

As if on cue, the “tolerant” left gleefully jumped for joy, wished the president death, sent Satanic curses his way and most disgustingly of all, swooped in to use it as an excuse to block the president’s agenda.

“Everyone in the Capitol complex needs to be tested,” Connecticut Sen. Chris Murphy tweeted Friday.

“Every Republican Senator or staff member who was in close contact with Trump needs to quarantine,” the Democratic senator added. He had a close call in March after meeting with top Iranian officials who later came down with the virus.

“No business should proceed in the Senate until we understand the scope of this crisis.”

Everyone in the Capitol complex needs to be tested.

Every Republican Senator or staff member who was in close contact with Trump needs to quarantine.

No business should proceed in the Senate until we understand the scope of this crisis.

Although the president has tested positive, Sean P. Conley, the president’s personal physician, cleared him to continue with his regular duties while in quarantine.

There will likely be additional members of the administration who test positive, but as long as there are other healthy officials to pick up the slack, it shouldn’t affect things too much.

Murphy and other leftists oppose the accomplished Barrett, who also happens to be a devout Catholic and mother of seven children, which is approximately three strikes against her for the left.

RELATED: Sen. Cruz Comes Out in Support of Plan To Save Supreme Court from Being Packed

Democrats were in a tizzy that Trump would think of nominating anyone for this seat since Ginsburg supposedly bequeathed it to the next president to fill as her “dying wish.”

They objected to the one-two punch of both losing a leftist icon and having her replaced by someone who actually might uphold the U.S. Constitution and overturn state-sanctioned child murder.

Therefore, it makes sense that Murphy would assert that the business of government needs to come to a grinding halt because of some positive COVID-19 results in an attempt to parlay the virus into political gain (nothing new for a Democrat, of course).

Do you think Chris Murphy is just trying to stop the confirmation of Barrett to the Supreme Court?

The folks who would be most impacted, such as Barrett (who has tested negative) and Senate Judiciary Committee members like Republican Utah Sen. Mike Lee (who tested positive), are undeterred from going full steam ahead with the confirmation process, CNN reported.

Nobody knows how the president’s condition will progress in the coming days, but it’s absurd to think the entire workings of the Senate need to shut down in the meantime when even schoolchildren are able to conduct their days through social distancing or Zoom meetings.

But Murphy seemed to take delight in Trump’s illness and blamed the president and his administration for their lack of mask-wearing and social distancing in a series of tweets Friday.

Let’s be clear…COVID didn’t sneak up on the President.

Since the spring, the White House has had multiple positive cases, including several people who have direct contact with Trump. And yet he didn’t wear a mask at public events or private meetings at the White House,. https://t.co/1tDwWsoQE4

Meadows should not have given that briefing. Even if you test negative, you must quarantine for 14 days if you have been in contact with someone who is positive.

3/ And from Harvard on how you can test negative and still spread:

It is ugly, but not at all surprising, that Murphy and other leftists are doing all they can to exploit Trump’s positive test for all it’s worth.

The left is angry that Trump even won in 2016 and has since mounted a resistance that is as vicious as it is unhinged, with nothing drawing their ire more than a conservative president appointing constitutionalist judges.

Whatever way Trump’s condition goes, he’s still president with enough votes in the Senate to confirm Barrett — whether Murphy likes it or not.