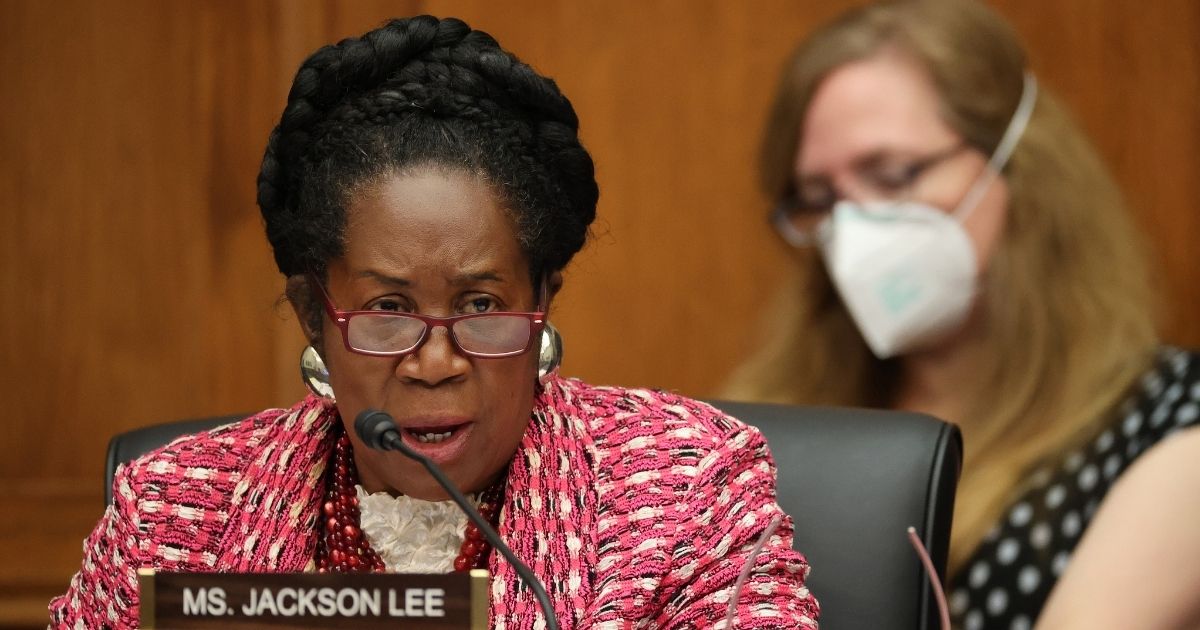 Just weeks into a new administration, Democrats are already hard at work attempting to strip Americans of their rights.

One of the perennial favorites on the chopping block is the Second Amendment, currently being bludgeoned with the help of Rep. Sheila Jackson Lee, who introduced the Sabika Sheikh Firearm Licensing and Registration Act on Jan. 4.

The Texas Democrat — whose past attempts at gun control measures have demonstrated that her radicalism is eclipsed only by her embarrassing lack of understanding of the issue — has proposed some of the worst anti-gun measures ever.

If passed into law, the bill would set up a nationwide gun registry; mandate psychiatric evaluations and onerous licensing requirements for anyone who would sell or purchase firearms and even ammunition; and establish other restrictions and penalties greatly infringing on the right to keep and bear arms.

If that all sounds bad, it gets so much worse, as the devil is indeed in the details.

That nationwide registry would not only collect information on the firearm such as the make, model and serial number.

The government would also require more personal information like criminal history, the name of the owner or anyone who would be borrowing the weapon and when it would be loaned out and most intrusively, where that firearm would likely be kept.

Then, all of that personal information would be turned into a “database accessible to all members of the public, all Federal, State, and local law enforcement authorities, all branches of the United States Armed Forces, and all State and local governments, as defined by the Bureau.”

This detailed information could be used to intimidate, blackmail, publicly shame or even strategically target owners and their weapons. (Is that perhaps the intent all along?)

Do you think a national registry with gun owners’ private information would be misused?

The rules go on with additional licensing requirements that include a psychiatric evaluation which may sound reasonable but is troubling after just scratching the surface.

Anyone with an ex-spouse or family member with an ax to grind could lose out on this fundamental right, as well as individuals who were under a psychiatrist’s care during a bout with depression or struggling through suicidal thoughts — even if they had subsided.

This would be decided by the same government that mandates the complete acceptance of gender-confused individuals in the U.S. military, implying that it’s a psychologically normal, healthy state of mind.

All of this would be left up to a partisan U.S. attorney general who could revoke the $800-per-year license for those reasons, or for infractions like failing to maintain the proper insurance.

No anti-gun legislation would be complete without restrictions on magazine capacity and caliber size, and this act limits magazines to 10 rounds and the maximum caliber to .50.

“Military-style weapons,” semi-automatic weapons with higher magazine capacities that are generally classified only by how scary the left finds them, require their own licensing after 24 hours of training in addition to the other criteria.

Even antique weapons owners would need their own licenses and would have to provide details about what they own, how and where they display it and how they secure it.

Penalties for infractions can exceed $100,000 and carry prison time.

“Illegal ownership of even A SINGLE ROUND of banned ammo will result in up to $100,000 in fines AND 20 years in prison,” 2020 Libertarian vice presidential candidate Spike Cohen tweeted.

“Who do you think is going to be targeted the most with that one?”

Illegal ownership of even A SINGLE ROUND of banned ammo will result in up to $100,000 in fines AND 20 years in prison.

Who do you think is going to be targeted the most with that one? 🧐

What the proposed legislation boils down to is that gun owners will be expected to justify their existence while providing detailed personal information that will be disseminated to the public, all with the understanding that this right can be stripped away at will by the attorney general.

This is a clear assault against the Second Amendment both in practicality and spirit as it creates many obstacles to gun ownership and pitfalls set up to strip citizens of that right.

Besides the penalties, fees and requirements for gun ownership, the extreme lack of privacy the proposed legislation contains is dangerous in this political climate and could be a great obstacle to the free exercise of that fundamental right.