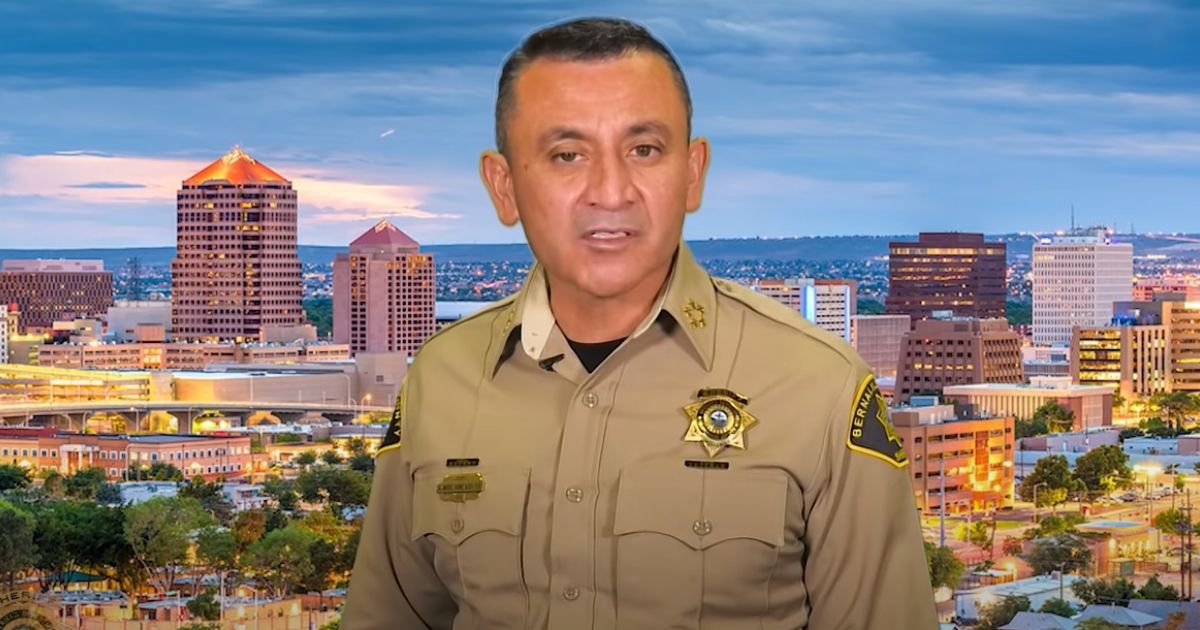 A Democratic sheriff in New Mexico said he will not enforce any “overreaching” and “oppressive” coronavirus mandates.

In a moving video posted Friday, Bernalillo County Sheriff Manuel Gonzales said he sympathizes with the numerous families and small-business owners whose lives have been crushed by the panic-induced shutdowns.

“This year, my office listened to numerous citizens concerned about what has been categorized as ‘oppressive lockdown mandates,’” the Marine Corps veteran said.

Accordingly, he said his office will focus on pursuing actual criminals instead of harassing law-abiding Americans.

“Some elected officeholders have prioritized turning everyday citizens into villains for simply attempting to live their lives in the pursuit of happiness,” said Gonzales, who has worked in the Bernalillo County Sheriff’s Department for 24 years.

“It is my opinion that the resources of the sheriff’s office should be focused on making our communities safe and more prosperous for everyday citizens,” he said. “As the sheriff, duly elected by the Bernalillo County citizens, I choose to direct this agency’s time and resources toward enforcing the laws deemed to keep the people free of crime.”

Do you agree with the sheriff’s decision not to enforce coronavirus mandates?

But Gonzales said he will not enforce any infringements on people’s civil liberties.

“Overreaching restrictions will only hurt our community,” the sheriff said.

“For that reason, we will not follow along with any orders that subvert your constitutional rights,” Gonzales said. “Therefore, my agency’s focus will continue to be public safety, apprehending actual criminals and not harassing everyday citizens attempting to make a life for themselves and their families in Bernalillo County.”

Last week, a Pennsylvania sheriff announced that he and his county’s district attorney — who were both lifelong Democrats — had switched parties, citing the Democrats’ unreasonable lockdowns and “defund the police” hysteria.

Custer said he refused to enforce Pennsylvania’s oppressive mandates because they run counter to his duty as a sheriff, which is to “uphold and defend the Constitution of the United States.”

Bower blasted Democrats for fomenting anti-police animus, saying their incitement of riots and lawlessness was “totally contrary to what we believe and our values” as law enforcement officials.

In September, another Pennsylvania sheriff — also a lifelong Democrat — endorsed President Donald Trump and switched parties, saying the Democrats have shifted so far left he no longer recognized the party.

“The past few months with the goings-on in the news media with the protests, the riots, the looting, burning, assaults on law enforcement … the silence of the Democratic Party was deafening,” Albert said.