DeltaMarket is a new brokerage that offers CFD trading on a broad range of assets. The firm was founded earlier in 2020, meaning it has faced unforeseen adversities already. However, all the recent global incidents don’t seem to have slowed the company’s growth towards a top-quality brokerage. DeltaMarket’s offices are in The Republic of the Marshall Islands, or more precisely, Trust Company Complex, Ajeltake Road, Ajeltake Island, Majuro.

The firm wasted no time in arranging its service in a way that would please a wide variety of customers. Starting from the website, you can see that everything was meticulously crafted to fit together. As such, you can see the blend of modern design and full website functionality in full display. There isn’t any slowness on the broker’s end, minimizing the tedium of the brokerage research process.

On top of that, the broker doesn’t shy away from displaying information about its services. While most new brokerages try and hide their less impressive features, DeltaMarket shows everything upfront. That indicates a great deal of confidence in its offer, as well as a healthy dose of trustworthiness.

Luckily, the confidence DeltaMarket displays isn’t without foundation. For a brokerage that’s opened during an exceptionally turbulent year, it handled the situation like a pro. Because of that, even as a new brokerage, it seems like it’s prepared to play with the big boys. Before we carry on, here’s a short rundown of the things we initially found most appealing about the brokerage:

Fees have become somewhat of a common occurrence in the online brokerage world. Usually, firms justify them by saying that the only way they earn is through commissions or that they only pay for maintenance. That does perhaps explain some minuscule charges, but most brokers go way overboard. In doing that, they make specific trading tactics entirely invalid and make it much more challenging to turn a profit. As such, it’s nearly always better to go for a fee-free experience, such as DeltaMarket

Everybody is aware of the ill effect slow execution speeds can have on making trades. Although trading is a thinker’s game, you also need to have the ability to make decisions quickly by looking at market movements. That crucial skill, however, can get entirely negated by the lack of proper networks setup by the broker. If your action doesn’t process immediately, it doesn’t matter if you’re quick or slow. That makes DeltaMarket’s lightning-fast executions via the MT4 platform quite a significant plus.

Traders that aren’t held down by tight budget restrictions often get specific benefits for their higher investments. However, with most brokerages, those are limited to slight upgrades in existing features. When it comes to true luxury qualities, you often only unlock them after tens of thousands of dollars. However, with DeltaMarket, the starting account has a personal account manager, while the second account type already offers expert advisor assistance. That isn’t nearly where the list ends, with tons of other features available for rates way below competitors. 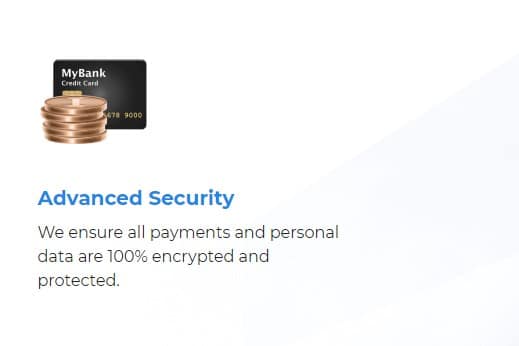 Security has become an increasingly touchy subject as online broker services have moved towards the mainstream. Since that makes the average trader less knowledgeable, there have been many trying to exploit that innocence. That has created a situation where scam brokerages are more common than ever before and where trader safety is the primary concern. It has also made a negative association with newer brokerages, as many hastily deem them scams.

However, the situation is not as dire as some would have you believe. While there are a lot of malicious firms, there’s undoubtedly an equal amount of them that are entirely fair. However, individual analysts have become too jumpy and deem firms with even the smallest mistake a scam. So let’s look at where that leaves DeltaMarket.

The brokerage is a part of the Bi-Global World group, which already runs a few firms. A look at those firms reveals that the parent company is one of the most trustworthy entities in the online brokerage world. There haven’t been any missteps, and reports of mishandling are few and far between. Even where there does seem to be an issue, it’s mostly the fault of the trader making the claim. Even then, companies of the group try and find a compromise that would suit both parties.

That translates to DeltaMarket, which hasn’t had the time to build its own reputation. However, it’s entirely reasonable to assume it would operate quite similarly to its sister firms. That means that the chance of it trying to pull any malicious stunts remains relatively low. As such, we’re confident in saying DeltaMarket fulfils our trading safety requirements.

The account types at DeltaMarket provide quite an impressive amount of customization. No matter how much you’re willing to invest, there’s an option for you, and it feels like nobody gets left behind. Often, brokerages set up their accounts so they either heavily favour budget-restricted or unrestricted traders, creating an underwhelming experience for the other group. However, DeltaMarket provided a nice balance, ensuring that traders belonging to either of those two classes feel at home.

The first tier asks traders to invest the usual $250. That already gets you a personal account manager, as well as a set of solid trading conditions. For example, the leverage stays at the same level across the board, so you don’t need to invest massively to employ tactics that hinge on high leverage. The execution also maintains it’s near-instant status, making nearly every strategy viable with each account type.

However, you might be a trader that likes to treat themselves to some extra features. Therefore, with DeltaMarket, the Silver account, already provides luxury in the form of an expert financial advisor. That’s a feature that can often set you back tens of thousands of dollars, so it’s nice to be able to unlock it at such a bargain. From there, the higher types improve the experience even further, with additional features and the improvement of existing ones.

Here’s a short rundown of the broker’s account typing:

In this DeltaMarket review, we also would like to add that broker offers Islamic Accounts that have no swap charges when a position is assigned to the next trading session.

While some of the broker’s conditions are sprinkled through our DeltaMarket Review, let’s round them up and inspect them as a group. First off, you can see that the leverage at 1:300 and tight spreads are competitive. They allow for a transparent trading experience, and the leverage can be quite advantageous if used correctly. Then, the platform is the widely popular MetaTrader4, and the broker ensured all transactions occur nearly instantly.

That creates a situation where there isn’t anything negatively affecting your trades from the outside. On top of that, the account typing is fantastic, having something for everyone without forcing traders into upgrades. The security also holds up, ensuring you don’t need to worry about your funds getting unfairly taken from you.

As we mentioned multiple times throughout our DeltaMarket review, the company uses MetaTrader4. Most traders are well acquainted with the software, and those that aren’t yet certainly will be, sooner or later. The platform is the number one trading interface worldwide and it doesn’t seem like it’ll drop that title anytime soon. The broker also offers web and mobile trading through the platform.

DeltaMarket has a wide selection of assets spread across multiple categories. That includes the most prominent trading products, so you’re likely to find the thing you wish to trade on. Diversification is also quite simple, as there’s a broad range of top-quality trading instruments. Here are the categories you can expect to see:

DeltaMarket’s support team functions 24/5, and you can reach them via phone or email. The representatives are quite nice and proved very helpful in our test.

DeltaMarket has accomplished quite a bit in the short time it’s been around and only looks to be getting better as time passes. Its conditions allow traders to buy and sell competitively, with equal chances to profit as with industry giants. As such, the brokerage comes off as a fantastic all-around firm, valuing its customers’ time and funds. If it continues down the path of rapid growth it’s on right now, it’s certain to become a top competitor.

Even as-is, we see no reason for anyone to miss out on the brokerage’s services. As such, we’re entirely confident in recommending DeltaMarket to all traders, regardless of skill level or budget.