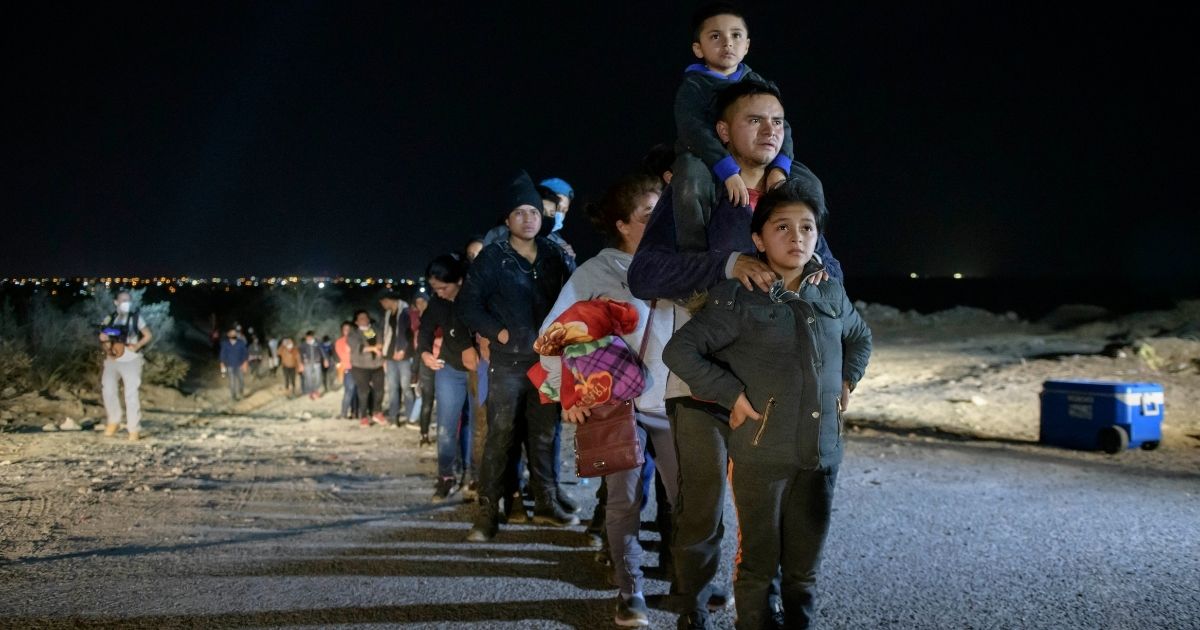 In his first news conference as president, Joe Biden insisted there was no border crisis, nor any surge in migration due to his presidency. Instead, this was just a seasonal surge.

“Truth of the matter is, nothing has changed,” Biden claimed when asked if a softer stance on immigration had precipitated the current border crisis.

“As many people came, a 28 percent increase in children to the border in my administration, 31 percent in the last year, in 2019, before the pandemic in the Trump administration. It happens every single solitary year.”

“There is a significant increase in the number of people coming to the border in the winter months of January, February, March. It happens every year. In addition to that, there is a — and by the way, does anybody suggest that there was a 31 percent increase under Trump because he was a nice guy and he was doing good things at the border?” Biden continued.

Never mind the fact that was untrue; there’s no consistent seasonal pattern in apprehensions at the southern border that supports that piffle. That explanation was given a little less than a week ago.

Is the president willing to come out and say this is just a winter surge in migrants now that we’ve set at least a 15-year record for illegal immigration in a single month?

According to The Washington Post, preliminary Customs and Border Protection data showed it had taken 171,000 migrants into custody in March, a number more than double what it was in January.

There were some other unpleasant records set in the preliminary data for March, too. For instance, CBP took 18,800 unaccompanied minors into custody in March, as well as over 53,000 family units.

Does the Biden administration need to admit there’s a border crisis?

The monthly record for unaccompanied minors was 11,861 in May of 2019. Furthermore, the 18,800 minors taken into custody represents a 99 percent increase from January.

As for family units, consider that there were only 7,294 taken into custody in January and 19,246 in February. That’s a 727 percent increase in just two months.

The numbers also beat estimates in a bad way.

On March 26, NBC News reported CBP was expecting to encounter at least 150,000 individuals entering the country illegally. Furthermore, a senior Border Patrol official the outlet talked to directly contradicted Biden’s claim that this was just a winter surge.

“Your spring months into your summer months are always much busier for us,” the official told NBC.

Furthermore, when Axios published leaked CBP projections on unaccompanied minors in late March, the estimate was there would be “more than 16,000 this month.”

There were indeed more — quite a few more, in fact. The number was closer to 19,000, according to CBS News.

Unaccompanied minors and (to a lesser extent) family units present a particular problem for the Biden administration. As CBS reported, a federal judge blocked a key provision of Title 42, the rule that allowed the Trump administration to swiftly expel any illegal immigrant from the country if there wasn’t room to detain them due to the risk of COVID-19 infection.

While a judge allowed Title 42 to remain in effect for adults, he struck down the provision that would allow the United States to expel minors. Furthermore, the Biden administration isn’t seeking to reinstate the rule — allowing unaccompanied minors to stay in the country. The majority of family units have also been allowed to remain.

As of last Thursday, CBS reported, nearly 5,000 unaccompanied minors were being kept in Border Patrol facilities. While there’s a 72-hour legal limit on detaining them, Border Patrol data showed they were being held for an average of 130 hours.

A further 13,000 unaccompanied minors were being held in other facilities, like shelters and emergency housing. CBP is currently looking to add 16,700 beds in 10 emergency facilities in California and Texas.

The scramble is a necessary one; the CBP estimates that Axios got ahold of predicted a potential 26,000 unaccompanied minors a month by September.

And keep in mind, those were Biden administration numbers. Axios reported them the day after Biden told America this was just a seasonal thing that happens every year. It was also nine days after Department of Homeland Security Secretary Alejandro Mayorkas said the country was “on pace to encounter more individuals on the southwest border than we have in the last 20 years,” according to Fox News. However, he stressed this was “not new” and a “challenge,” not a crisis.

“As difficult as the border situation is now, we are addressing it. We have acted and we have made progress,” Mayorkas said on March 16. “We have no illusions about how hard it is, and we know it will take time. We will get it done.”

It’s a seasonal thing, but the Biden administration is expecting to see the highest illegal immigration numbers in 20 years. The DHS says its “addressing it,” yet the numbers for March seem to have exceeded estimates CBP itself had by a fairly wide margin. Right.

We have two illegal immigration crises: the border crisis caused by Biden’s policies and his administration’s inability to look America in the eye and tell us the truth about what’s going on.