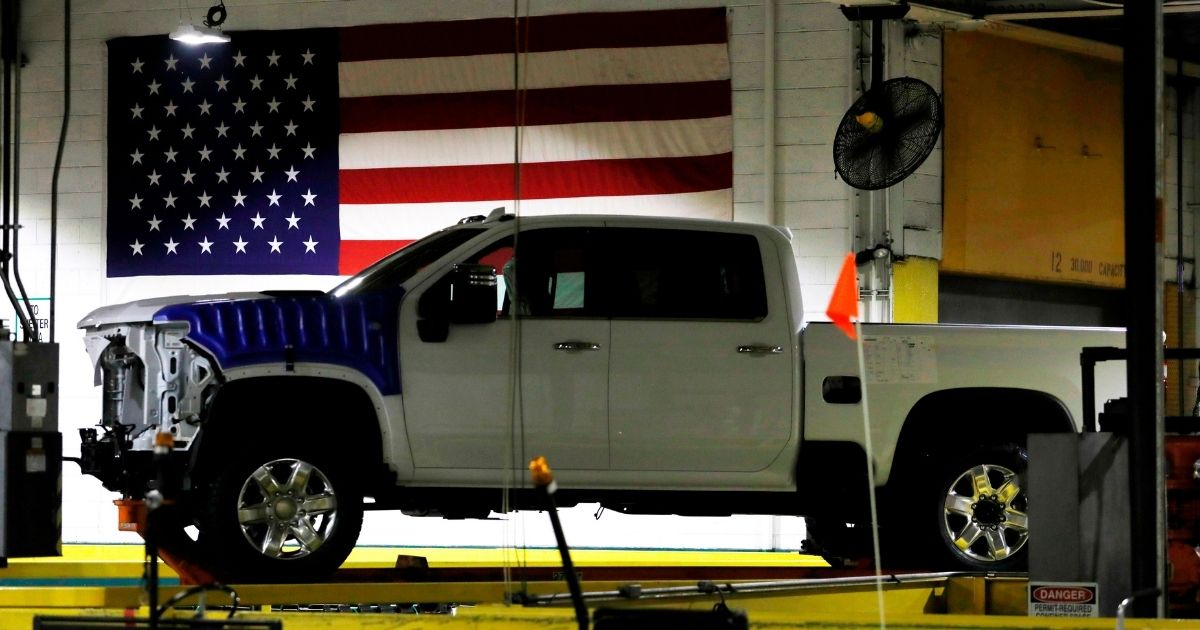 Somewhere along the line, over the course of the past couple decades, it became common among Republican voters to regard free trade as a threat to America’s economic vitality and to regard immigration as a threat to the livelihoods of Americans.

Both ideas have their roots in “America first”-style populism. Why should we open our markets to foreign competition that can hurt American companies? Why should we let foreigners come and live here before we first ensure that Americans have enough jobs?

Yet these lines of thinking are not consistent with classic conservative ideas about growth, opportunity and free markets. Indeed, they have more in common with the left-wing view of the world that sees wealth as a zero-sum game and recognizes no real value to the concept of growth.

The optimistic conservatism of Ronald Reagan and Jack Kemp saw both trade and immigration as ways to boost productivity, create wealth and expand opportunity.

Let’s start with immigration. While most would agree that it’s essential to secure the border and stop illegal immigration, conservative philosophy would welcome the arrival of immigrants who want to work hard and produce. And it would not worry about immigrants “taking jobs that could go to Americans.”

TRENDING: After Claiming No Vaccine Existed Under Trump, Biden Faults Him for Not Buying Enough, Having No Plan

Why? It’s not, as you sometimes hear, because they “do the jobs Americans don’t want to do.” We’re talking about highly capable immigrants who might go into life sciences, or engineering, or manufacturing.

Why would we welcome them? Because conservative economic philosophy is based on the idea that real growth comes from the supply side, so anyone who can contribute to value-added productivity helps expand the opportunity pie for everyone else.

If you’re looking for a good job at Company A, it benefits you that an immigrant has already joined Company A and is making that company more productive and profitable. He or she isn’t taking your job. He or she is putting Company A in a stronger position to create an opportunity for you.

Do you think conservatives should recommit to the free market?

So while it’s essential to ensure that those who come into the country do so legally (which is why I supported construction of the border wall), it’s a mistake to think that restrictions on legal immigration help Americans economically. They don’t.

The same is true when it comes to trade. The notion that free trade is bad for Americans is historically a very left-wing idea, embraced by labor unions and otherwise uncompetitive American industries.

Living here in the Detroit area, I’ve spent my entire life listening to people like Lee Iacocca rail against Japanese automakers, complaining that the Japanese are “eating our lunch” through unfair trade practices. Go by any union hall and you’ll see signs about the Japanese spewing with hatred. And don’t try parking your Toyota in their lot. You won’t like what happens.

But free trade is very good for American consumers. Foreign competition gives consumers a choice, which is very important when the only domestic manufacturers have high costs and produce poor quality.

And trade is a two-way street. If American manufactures are making good products at reasonable prices, there should be high demand for them overseas. Protectionists complain that free trade gives foreign manufacturers too-easy access to U.S. markets and that it’s better to impose tariffs on imported goods so they can’t steal market share from U.S. companies.

RELATED: Dick Morris: Donald Trump Has Been One of Our Great Presidents

But when two nations agree to free and open trade without tariffs, that opens new markets for American manufacturers. Sure, it also allows foreign competitors to come here. But why should good American companies fear that?

It’s true that many foreign companies pay lower wages than American companies, but anyone who understands business knows that paying competitive wages is part of a strategy to produce better-quality products. It attracts better talent and reduces turnover. A company that makes things on the cheap and underpays its workers should not be a competitive threat to companies who treat people right and do things the right way.

You might expect this thinking from liberals, but where did conservatives get the idea that free trade and free markets present a competitive landscape that American companies can’t win?

But for American companies who do things right, the world is a market full of opportunity. Competition against manufacturers from China, Japan and India should be seen as welcome. The Americans should win that competition easily. And given free access to foreign markets, we usually do.

Yet there’s a very significant faction on the right side of the political spectrum that thinks we need to restrict both immigration and trade in order to protect Americans. I suspect those who embrace this thinking don’t really understand the conservative economic philosophy, which is based on open, free markets and expansion of opportunity.

We shouldn’t fear the world. We should take it on. The consumers of the world would love to enjoy the great things we make here. And if foreigners want to join our team, we should welcome them. More producers make us stronger and expand opportunity for everyone.

When did people on the right stop understanding this?