Home Daily News Dan Calabrese: Social Pressure Won’t Break Up the US, the Debt Will... 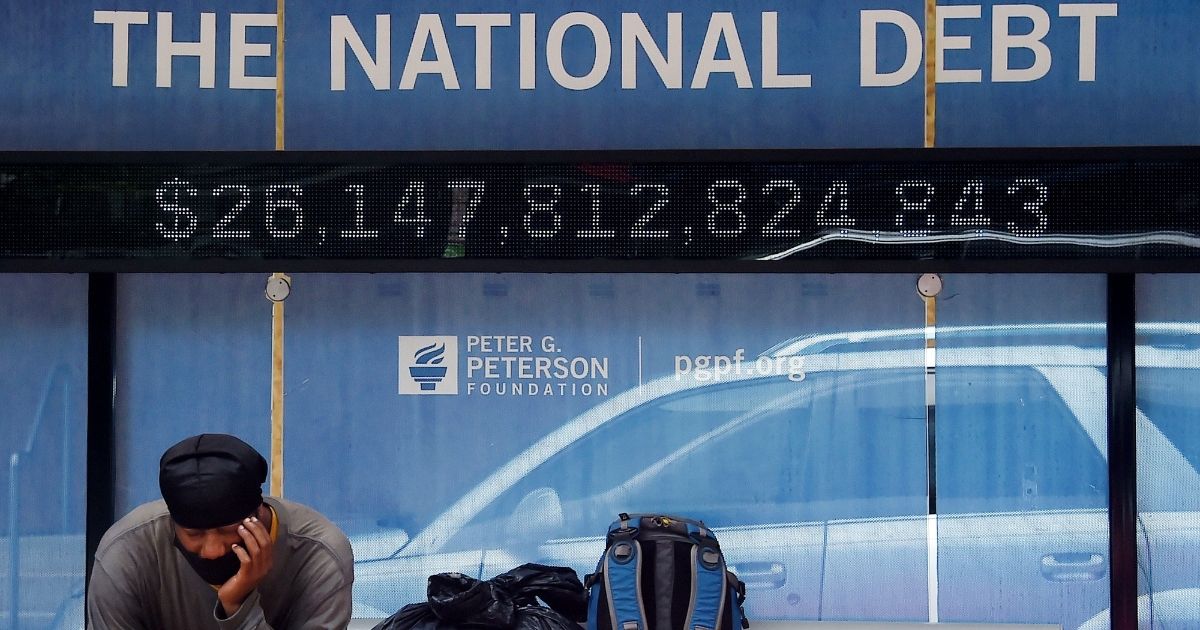 As I write this, Donald Trump and Nancy Pelosi are tussling over whether to add another $1.8 trillion or $2.3 trillion to the national debt, because the first $2.2 trillion spending blowout Congress passed this year didn’t save us.

If this bill passes, every dime of it would be borrowed. Congress does not have the money from tax receipts. Congress never does. And yet conventional wisdom says refusal to spend the money will be a negative for all involved.

With that in mind, let’s consider a few things:

This is the result of far too many generations of politicians who figured they would be safely out of the picture before there was any price to be paid for their borrowing. And it’s a lot of borrowing too. Way too much.

Without getting into who was responsible for such borrowing, let’s establish that the accumulated debt we faced in 2009 was a very serious problem.

OK. Now let’s look at where we stand today.

That means that, in the past 12 years, we’ve borrowed a time-and-a-half as much as we borrowed in the 221 years previous to that. This includes at least six years in which we ran deficits of more than $1 trillion in a single year.

Do you think the national debt will cause America to split?

And of course, 2020 takes the cake, as we’re already running a deficit of more than $3 trillion. And if Trump and Pelosi make a deal on a second COVID spending bill, the deficit for 2020 alone is likely to exceed $5 trillion.

Why does this matter? First of all, in 2019 we spent $393 billion for interest on the debt. Just for interest. This is one of the biggest spending items for the federal government each year, and we get nothing for it. No principal retired. No social benefits. We pay interest to avoid falling further behind on the debt we’re not paying off.

Second, most of this debt is financed through short-term notes, with durations as short as five years. Someone invests in government debt with the promise of a payoff five years later. Then when the five years come along, we still don’t have the money to pay off the debt, so we refinance what we owe to Peter by borrowing money from Paul.

We pay Peter off with interest and start making interest payments to Paul. In five years, when we need to pay Paul off, we borrow from Wilhelm, and so on it goes.

RELATED: Cal Thomas: JFK Couldn’t Get Nominated by Today’s Democratic Party Because of This 1 Belief

And there’s going to come a time when certain states with strong economies and lots of natural resources (looking at you, Texas) look at their shares of the debt burden and conclude they would be better off freeing themselves of it by seceding from the union.

You think it won’t happen? You’re wrong. Because states only remain in the union so long as it’s beneficial for them to do so.

Up until now it’s been in all states’ interests to remain. But when the cost of servicing this debt becomes so high for them and for their residents, they are going to seriously reconsider the cost/benefit balance.

If America doesn’t first balance its budget, and then start paying off the national debt, the costs of servicing the debt are going to increase so much that states will no longer accept it, and at that point the nation will start to break apart.

We’ve already lost any sense of national unity between left and right. Soon we’re going to lose the economic rationale for staying together. Don’t think for a minute that this can’t happen. It can and it will, probably within the next 25 years, unless we reverse this fiscal suicide.

A good place to stop would be to kill this second stimulus, and tell the nation the hard truth about why. Is anyone willing to stand for re-election on the basis of fiscal sanity? Because anyone who is deserves your vote. I’m just not sure there’s any such person out there.