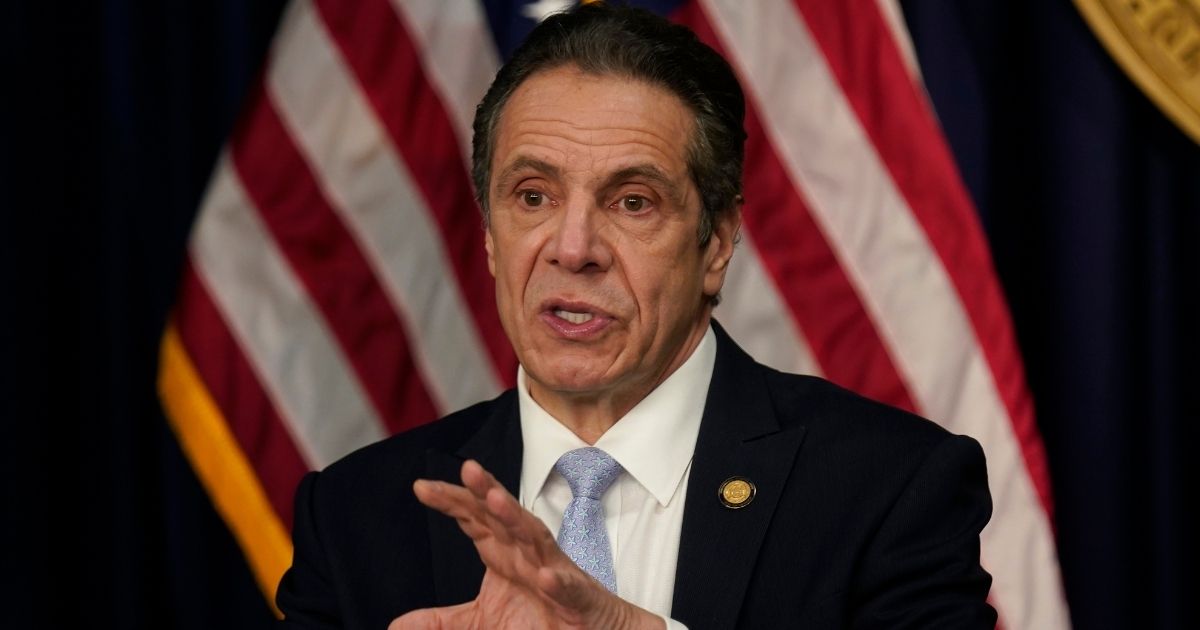 Cuomo has been buffeted by a steady drip of allegations of sexual harassment, as well as creating a workplace culture of rampant sexism and toxic hostility. The governor is also accused of working with his aides to hide the full extent of the deaths of nursing home residents linked to his policy of forcing the homes to accept COVID-19 positive patients.

Outrage over the sexual harassment claims, which includes the recent allegation that Cuomo groped a current staffer, has led top New York Democrats to call for Cuomo to resign. He has vowed that he will not step down, though at least seven women have raised allegations of sexual harassment so far.

A March 4 related survey from Quinnipiac showed that even after two solid weeks of allegations, 55 percent of New Yorker voters said Cuomo should stay in office, compared to 40 percent who said he should go.

However, a new poll conducted this week shows that Cuomo’s popularity appears to be dwindling — with just 49 percent of voters saying the governor should not resign and 43 percent saying he should.

The poll surveyed 905 self-identified New York voters from Tuesday to Wednesday, and reported a margin of error of +/- 3.3 percentage points.

The poll also found that most New York voters want the current investigation to conclude before Cuomo quits, should it be necessary. Almost two-thirds of those polled do not want Cuomo to run for another term.

“Though some of his fellow Democrats are clearly ready to usher him out the door of the Executive Mansion and point him toward the Thruway, the vast majority of the party sees a next step as necessary,” Quinnipiac polling analyst Tim Malloy said.

“They want a full investigation before deciding whether Cuomo should resign.”

Only 39 percent of those polled approve of his performance, down from 45 percent in early March — the lowest rating he’s had since Cuomo took power in 2011.

Cuomo also polled a 33 percent favorability rating, the lowest Quinnipiac has ever recorded of the governor, dating back to 2008 when Cuomo was state attorney general. On March 4, his rating was 44 percent.

Further, 58 percent say the governor is not honest and trustworthy — also the lowest score in this category of his polling history.

“With so-so numbers on empathy and plummeting numbers on honesty and trustworthiness, it’s too early to suggest Cuomo has gone from hero to zero, but his anti-COVID crusader standing has taken a brutal broadside,” Malloy said.

The poll showed that 50 percent of voters believe the allegations of sexual harassment against Cuomo are mostly true, while 58 percent say he tried to cover up the extent to which his policies led to the deaths of New Yorkers in nursing homes.

“Was there an act of deception concocted in Albany over the loss of the most vulnerable? History tells us cover-ups kill political careers… and for the moment, the voters have their concerns,” Malloy said.