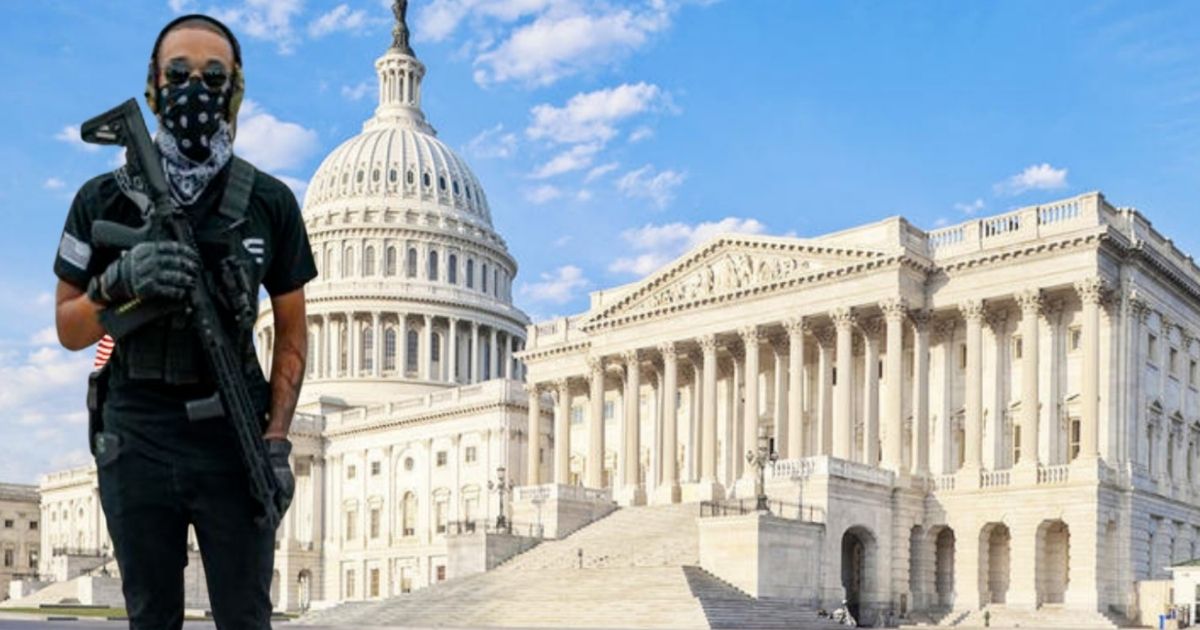 A Utah man who joined in the Capitol rioting on Jan. 6 has made a tidy profit off of that day’s violence, according to documents unearthed during a court hearing on Tuesday.

John Sullivan, a Black Lives Matter activist who faces charges in Utah over a counter-protest he led against a pro-police group, has been additionally charged in connection with his participation in the Capitol riots. He faces charges of interfering with police during a civil disorder and obstruction of Congress.

Sullivan has claimed that he was not in the Capitol to riot, but to record the events of the day.

To help buttress that contention, Sullivan’s defense attorney submitted invoices in court that showed CNN and NBC each paid Sullivan $35,000 for rights to video Sullivan filmed inside the Capitol, according to Politico.

These are the invoices filed with the court today. pic.twitter.com/JdOZ9pXaIa

News that the establishment media paid a rioter for his videos raised eyebrows on Twitter.

@CNN let’s talk about your reporter that was in the Capitol on the 6th celebrating with John Sullivan. I wanna hear more about how much you paid him for the video of Ashli Babbit’s death too.

Sullivan just so happened to be the leader of an Antifa & BLM group ‘Insurgence USA’ at the Capitol.

What makes the media friendly to this ‘insurrectionist?’ https://t.co/JO5581CKEq

Antifa-Insurgence leader John Earl Sullivan was arrested for his participation in the Jan 6th capital riots. CNN and NBC each paid Sullivan $35,000 for his video footage of the riots. His video footage was also used by Jamie Ranskin during the impeachment.https://t.co/cKt6j36O3D

The payments were revealed as prosecutors sought to bar Sullivan from using the group “Insurgence USA,” which he helped found and for which he works, to disseminate his videos and commentary, and to ban him from social media.

“Defendant is legitimately self-employed as a documentarian and it is oppressive to require that he not be allowed to continue his primary area of employment for an extended period of time,” Steven R. Kiersh, Sullivan’s lawyer, wrote in a court filing.

Prosecutors, however, painted a different picture and said Sullivan’s online postings supported violence, including explanations of how to make Molotov cocktails and how to evade identification by police.

Washington-based Magistrate Judge Robin Meriweather rejected a prosecution contention that Sullivan be denied access to social media, but said Sullivan “is to no longer work for Insurgence USA,” and will have his internet usage monitored by probation officers, according to Politico.

Sullivan is also prevented from using social media to incite actions that could lead to violence.

“Insurgence USA is absolutely the instrumentality through which Mr. Sullivan committed the relevant acts,” she said. “It is Mr. Sullivan’s reason for being there and for his criminal participation in the riot.”

2/ The ‘agent provocateur’ that the president’s lawyers were talking about is John Earle Sullivan aka JaydenX. Before his arrest at the Capitol on 1/6th Sullivan was active in the BLM movement throughout the summer of 2020. https://t.co/iAaLdMCDYd pic.twitter.com/wVGNs5V27t

Wong said Sullivan’s videos support violence and attacks on police. She said he serves as “a sort of expert resource for rioters.”

“Under the guise of journalism … he is engaged in and incited violent activity, including the kind of destructive society we saw on Jan. 6,” she said.

An affidavit in support of a criminal complaint against Sullivan said that in a video Sullivan provided to authorities, “SULLIVAN can be heard in the video saying at various points: ‘There are so many people. Let’s go. This s–t is ours! F— yeah,’ ‘We accomplished this s–t. We did this together. F— yeah! We are all a part of this history,’ and ‘Let’s burn this s–t down.’”

The affidavit said that once inside the Capitol, Sullivan could be heard saying in his recorded footage, “We gotta get this s–t burned.”

At other times as the protester walked through the Capitol, the affidavit added, Sullivan could be heard saying, “It’s our house motherf—ers,” and “we are getting this s–t.”

The affidavit outlined one act of vandalism.

Does this sound like the liberal media doing business as usual?

“While at the window, a knocking noise is heard off-screen. The camera then pans to show more of the window and a broken pane can be seen that was not broken on SULLIVAN’s approach to the window: SULLIVAN can then be heard saying, ‘I broke it. My bad, my apologies. Well they already broke a window, so, you know, I didn’t know I hit it that hard. No one got that on camera.’ SULLIVAN then exits the office.”