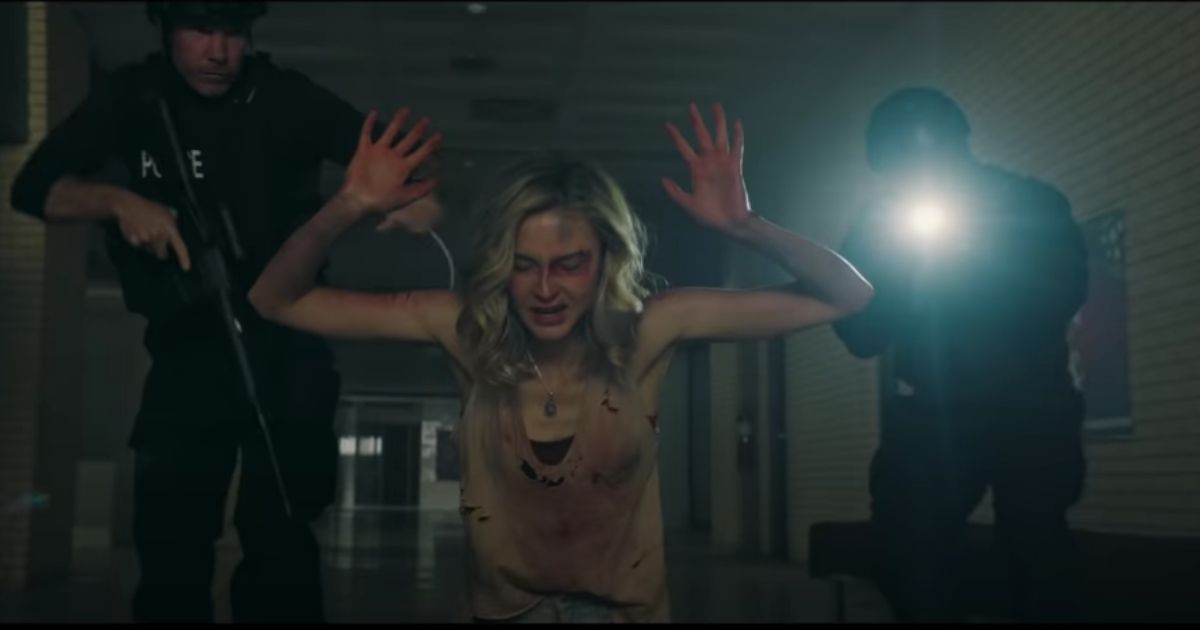 The liberal stranglehold on the film industry may soon be coming to an end.

Conservative news site The Daily Wire is getting into the movie business, and if its first film is any indication, the outlet is set to shake up the industry.

On Monday, the company announced it had acquired the North American distribution rights to “Run Hide Fight,” a “Die Hard”-esque action film.

The movie stars Isabel May as Zoe Hull, a 17-year-old high school senior. When four of Hull’s classmates attempt to carry out a mass shooting, she decides to use the survival skills her father had instilled in her to fight back.

TRENDING: Will Don Lemon Be Canceled for What Was Just Spotted Behind Him During CNN Segment?

Unlike the typical conservative films that audiences are used to, “Run Hide Fight” comes off as edgy, with a provocative title based on an unforgettable premise, great performances and a thrilling plot, the movie’s trailer and description suggest.

This film won’t be a one-off for The Daily Wire.

In order to combat Hollywood’s attempts to “undermine the very values that have made this country exceptional,” Shapiro and company will be making their own foray into the entertainment business.

Is the left’s stranglehold on the film industry ending?

While this news suggests 2021 is going to be a huge year for conservatives in cinema, huge strides were made in 2020 as well.

D’Souza also produced “Trump Card” in 2020, a documentary examining the rise of both socialism and Donald Trump in the United States.

The Western Journal made its own commitment to the culture war by helping distribute “Trump Card” and “From Poor to CEO: The Incredible Journey of Herman Cain” on Western Journal movies. Both films can be found and purchased here.

2020 also marked the debut of “Uncle Tom: An Oral History of the American Black Conservative,” a political documentary produced and co-written by renowned political commentator and radio host Larry Elder. Since its debut, the film has received rave reviews and incredibly high audience scores.

These strides are incredibly important because, as Andrew Breitbart once famously said, “politics is downstream from culture.”

For too long, left-wing voices have monopolized cultural institutions like film and television.

That time is hopefully coming to an end, and it could spell doom for the modern-day left’s many radical agendas.