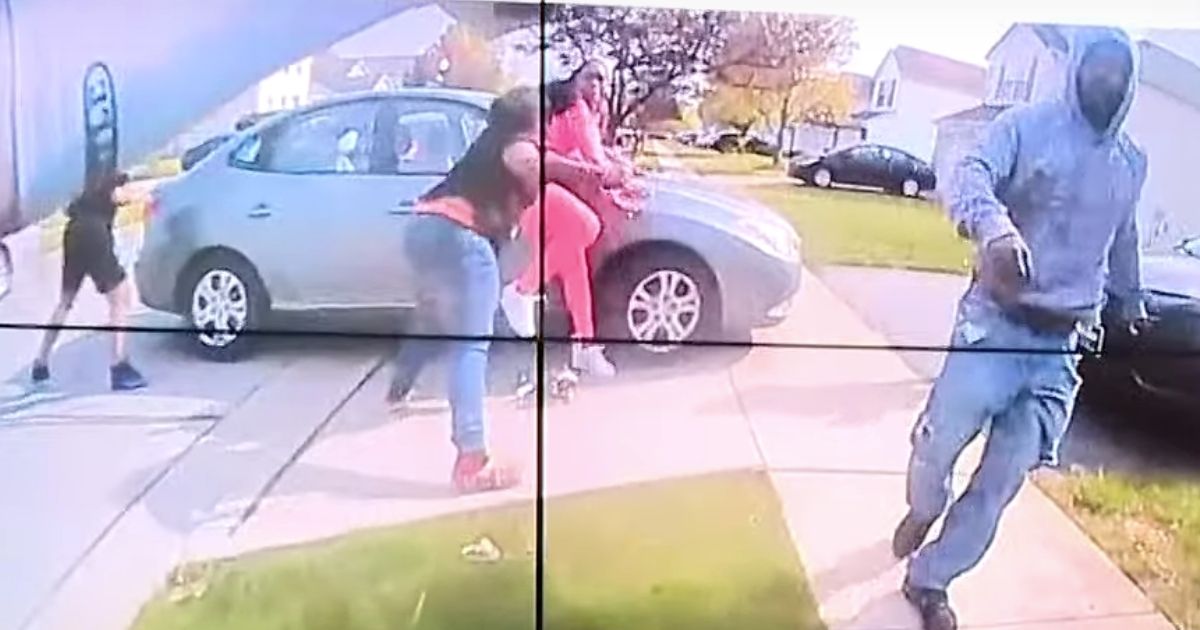 Police on Wednesday released new details of a Columbus, Ohio, police shooting in which authorities say a girl was shot by police while she attempted to stab two people.

Ma’Khia Bryant was killed in an incident that has attracted the condemnation of the White House as those closer to the scene have said the officer involved had little choice.

Coming on the heels of the guilty verdict in the Derek Chauvin trial in Minneapolis and at a time when police shootings are under a national microscope, Columbus authorities released body camera video of the incident on Tuesday.

On Wednesday, they released additional footage as well as the 911 call that sent police to the scene.

Interim Columbus Police Chief Michael Woods said police received two 911 calls. In the first, the caller said there was an attempted stabbing in progress, telling the operator, “they’re trying to stab us.”

“We need a police officer here now,” the caller was heard saying amid screaming voices in the background. A second call from the scene ended when officers arrived.

Columbus police identified the officer involved in the shooting as Nicholas Reardon. He has been with the department for one year.

Upon arriving at the scene, footage from Reardon’s body camera allegedly showed Bryant with a knife in her hand attempting to attack two other girls and the chaos that ultimately led to Reardon firing his weapon.

Body camera video released by Columbus Police in Ohio shows #MakiyahBryant attacking another female with a knife before she is shot by police. #BLM have been protesting, calling the shooting racist because Makiyah is black. pic.twitter.com/LY1HaJyI1F

Donavon Brinson lives across the street from the foster home where the shooting took place and witnessed the incident on his home security footage, according to The Columbus Dispatch.

“They were calling each other the B-word so I figured it was just a girl fight,” Brinson said.

RELATED: Derek Chauvin Is Now Being Held in Solitary Confinement for 23 Hours Per Day

“If the officer hadn’t done what he did, I think we’d have two girls dead,” he said. “It was violent and all just happened so fast.”

“I believe in truth and facts. Video doesn’t lie,” he said. “She was in full attack mode.”

“She needed to be stopped at that point,” Graham said. “That young lady’s life was at stake.”

The White House, however, was quick to condemn the police.

“She was a child,” press secretary Jen Psaki said. “We’re thinking of her friends and family in the communities that are hurting and grieving her loss.”

Should this incident be investigated thoroughly before the general public jumps to conclusions?

“We know that police violence disproportionately impacts Black and Latino people in communities and that Black women and girls, like black men and boys, experience higher rates of police violence. We also know that there are particular vulnerabilities that children in foster care, like Ma’Khia, face.”

Psaki noted the shooting came “just as America was hopeful of a step forward after the traumatic and exhausting trial of Derek Chauvin and the verdict that was reached.”

City Council President Shannon Hardin said police need new training so that “guns are not the final answer to every threat.”

But Mayor Andrew Ginther said the problem in Columbus goes deeper than the shooting.

“The fact that we had a 16-year-old armed and involved in physical violence, that’s something for us to look in the mirror and say, ‘What are we doing,'” Ginther said. “‘What else can we be doing?'”