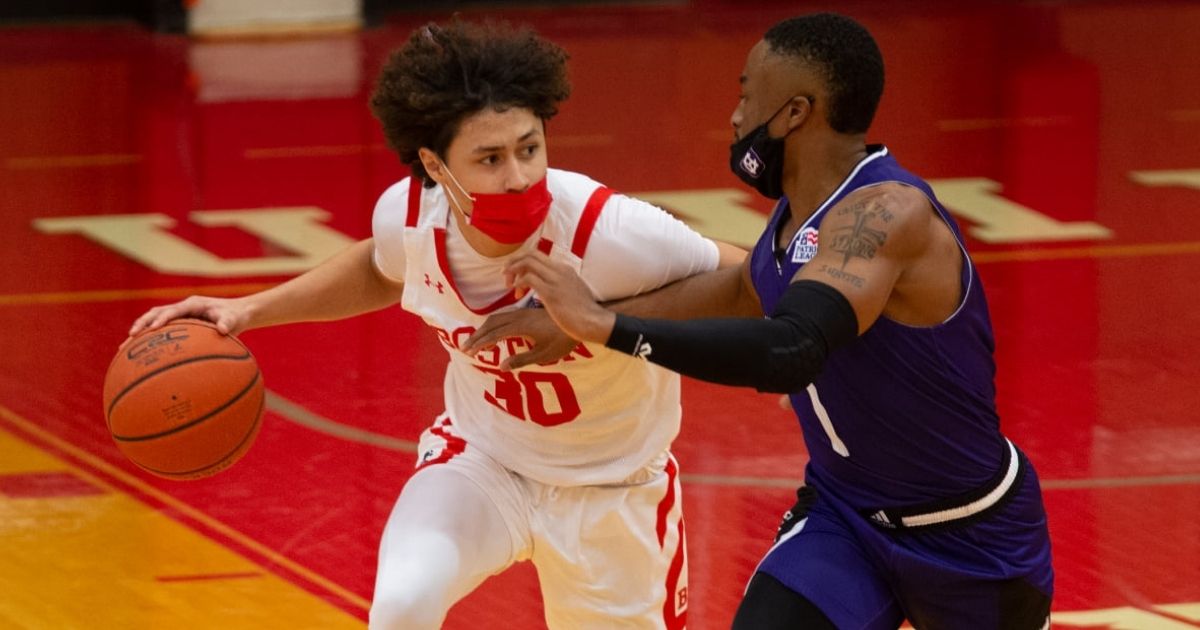 The Terriers have made it into the NCAA tournament seven times. They have a 2-7 record there, but that’s somewhat deceiving; after two wins in the 1959 tournament, the Terriers haven’t won since.

All of which is to say it’s probably no great loss to anything but our collective sanity that the team isn’t going to be breathing easily for the upcoming season.

TRENDING: Will Don Lemon Be Canceled for What Was Just Spotted Behind Him During CNN Segment?

See, Boston U officials don’t want their players to get COVID-19. They also feel the need to send out a strong signal about the importance of masks. However, they also apparently don’t want to lose out on any Division I basketball games.

Our first home event in nearly 10 months is underway!

Thank you to everyone’s hard work here at @BU_Tweets and the @CityOfBoston who made this possible!#ProudToBU pic.twitter.com/j7QejhAdXA

BU is the first team requiring its players to wear masks — and also the first to require other teams to wear masks when they play at Case Gym on the campus of Boston University. Thus, Tuesday’s game — the first home game of the Terriers’ season — was the first where both teams were wearing masks. The requirement was first reported by Jeff Goodman of Stadium.

The Patriot League, in which BU plays, has canceled nonconference games, too. According to ESPN, the Terriers and the Crusaders will face each other six times — three sets of back-to-back home-and-away games. They’ve already played each other twice, meaning Holy Cross has two more times playing in masks against the BU.

For whatever it’s worth, the Crusaders actually did better with masks than without them. At Boston University, they won, 68-66. They lost at home, free to breathe, 83-76.

ICYMI, here are some highlights from this afternoon’s win over Boston University!#GoCrossGo pic.twitter.com/IwTkd87Er4

Writing for Outkick the Coverage, Gary Sheffield Jr. summed up the ridiculousness of this perfectly: “Did they run a zone defense to keep themselves socially distanced from their opponents?”

And, as Outkick impresario Clay Travis noted on Twitter, “there hasn’t been a single case of covid traced to sports competitions in the entire world.”

Boston University is requiring its basketball team — and their opponents — to wear masks. That’s despite the fact there hasn’t been a single case of covid traced to sports competitions in the entire world. More coronabro insanity: https://t.co/hBhsFzXI6z

If there is transmission at a sports game, a mask won’t save you. It’s easy for them to come out of position — images from Tuesday’s game show many of them ended up as chinstraps — and, let’s face it, coming into contact with other sweaty players is just as likely to transmit COVID.

If there isn’t, then this is little more than coronavirus theater — with Boston University getting plaudits from the kind of mask Karens who think everyone should be Zooming into their job, save for the plebes who make it possible for them to Zoom into their job.

Well, then the Terriers should Zoom into their games. If they can’t — after all, this seems like an unlikely solution — and university officials think masks are necessary to keep their players safe, they simply forfeit. They won’t be safe anyway.

Since they’re not doing that, I think we can safely say what Boston University thinks about the potentiality of catching COVID-19 during a game.

But let’s all indulge this stupidity a bit more so that the COVID hall monitors can do a slow clap.