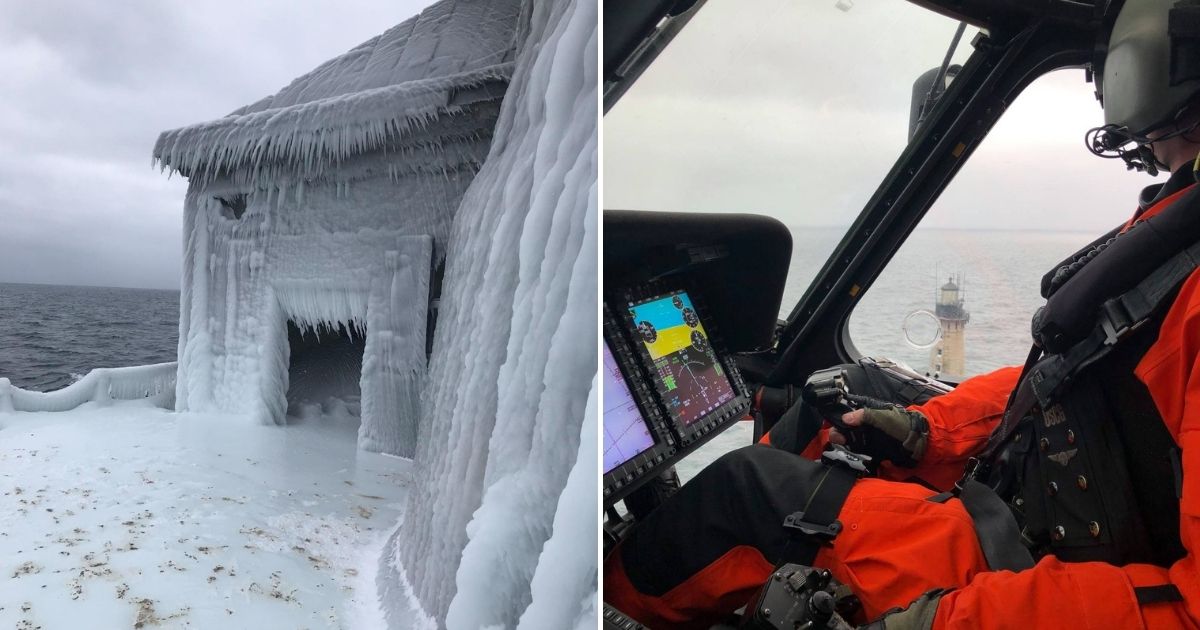 In 1883, a lighthouse was built on a reef in Lake Superior. The reef was a great danger, and became known as “one of the most treacherous reefs in the entire Great Lakes.”

In some spots, the reef lurks a mere four feet below the surface, making the lighthouse a necessity.

But the dangerous spot was 24 miles from the Upper Peninsula shoreline, farther out than any other lighthouse in the contiguous United States, and would need to be manned by men with nerves of steel and strong constitutions.

The “Stannard Rock Lighthouse,” named after the captain who found the reef in 1835, still stands, and still warns ships away from the place, but the men who lived within the lighthouse’s walls told stories that would freeze your blood.

“The old keepers told terrible tales of life on the Rock,” the U.S. Coast Guard Station Marquette shared on Jan. 28. “Violent northwest storms sent 30-foot waves smashing into the tower and spray cascading over the lantern room 110 feet above the Lake.

“Louis Wilks from Marquette holds the record for consecutive time spent on the Rock — 99 days. No other keeper even approached this remarkable feat.

“The men were rotated off the Rock, three weeks on and one off. In 1939, the U.S. Coast Guard took over the lighthouse and overwhelming loneliness remained a problem.”

The problem remained until 1962, when the lighthouse was automated following a horrific, fatal explosion and fire the year prior that left survivors stranded for days before they were noticed.

A recent trip was made to board up a window that had gone missing, and the crew decided to share their journey to give the rest of us a peek into what has been called “the loneliest place in the world.”

Petty Officers Craig Campomizzi and John Ziemba made the trip and Campomizzi shared details with MLive.

“The weather wasn’t the most conducive at single-digit temperatures and frequent snow squalls, but thanks to the keen skill and professionalism of the air crew, they were able to make five hoists using a rescue basket to get Petty Officer Ziemba, myself, and our gear safely onto the icy structure,” he explained.

“While Petty Officer Ziemba ensured the light was operating within specified parameters and the structure was sound, I got to work boarding up the missing window until the Superior Watershed Partnership and Land Conservancy can get out there in the spring to affect a permanent window replacement.”

“There is a lot of interesting history that accompanies this lighthouse and it’s very rewarding to be able to get out to, ‘the loneliest place on the continent’ to help out another agency on behalf of the U. S. Coast Guard.”

While photos of the lighthouse illustrate its haunting beauty, it’s a mercy the beacon no longer requires people on-site to operate it.

As the U.S. Coast Guard Station Marquette concluded, “We are very thankful for the men who sacrificed so much to maintain the Stannard Rock lighthouse, ensuring the safety of sailors who otherwise may have perished.”