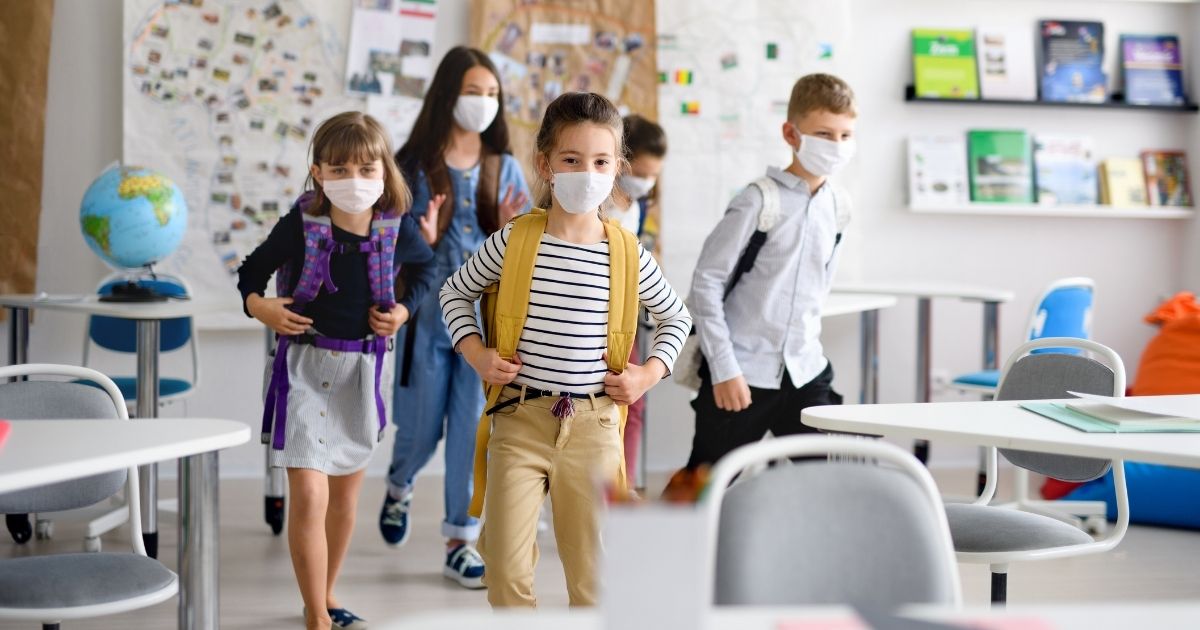 As the Centers for Disease Control and Prevention urge that schools open, many teachers unions are saying no.

“Amidst a global pandemic, the likes of which none of us has ever seen, the school district is hellbent on forcing thousands of educators into unsafe school buildings held together, in some places quite literally, by duct tape,” Philadelphia Federation of Teachers President Jerry T. Jordan said in response to his city’s push to reopen buildings that have been closed for about a year, The Washington Post reported.

Teachers there took to the streets in protest rather than go back to the classroom, according to Bloomberg.

But the CDC, in a 35-page report that spells out how schools can be made safe, says opening them up should be a priority.

“It is critical for schools to open as safely and as soon as possible, and remain open, to achieve the benefits of in-person learning and key support services. To enable schools to open safely and remain open, it is important to adopt and consistently implement actions to slow the spread of SARS-CoV-2 both in schools and in the community,” the CDC wrote in the document issued Friday.

“K–12 schools should be the last settings to close after all other mitigation measures in the community have been employed, and the first to reopen when they can do so safely. Schools should be prioritized for reopening and remaining open for in-person instruction over nonessential businesses and activities,” the report said.

The CDC added that closing schools hurts the most vulnerable children the hardest.

“The absence of in-person educational options may disadvantage children from low-resourced communities, which may include large representation of racial and ethnic minority groups, English learners, and students with disabilities,” the CDC wrote.

The report also noted that schools have also become vital for more than education.

Do teachers unions have too much power?

“Schools are an important part of the infrastructure of communities, as they provide safe, supportive learning environments for students, employ teachers and other staff, and enable parents, guardians, and caregivers to work,” the report said.

“Schools also help to mitigate health disparities by providing critical services including school meal programs and facilitate access to social, physical, behavioral, and mental health services. Many students are either missing or have had interruptions in these services due to school building closures and virtual and hybrid learning.”

Further, “There is evidence to suggest that K-12 in-person school attendance is not a primary driver of community transmission.”

But some teachers unions are tying any return to the classroom to getting all teachers vaccinated. That’s the case in Sacramento, California, according to The Sacramento Bee.

Given the time needed for vaccinations and the time lag inherent in the two-dose vaccinations, the union’s demand would push the reopening of school buildings back months.

Sacramento is not alone.

“When Governor Gavin Newsom says schools are safe to reopen without vaccines, he should also tell us what he believes a safe number of deaths associated with that would be,” United Teachers Los Angeles President Cecily Myart-Cruz said last week, according to Bloomberg.

Teachers in Fairfax County, Virginia, at one point insisted that all their students needed to be vaccinated as well.