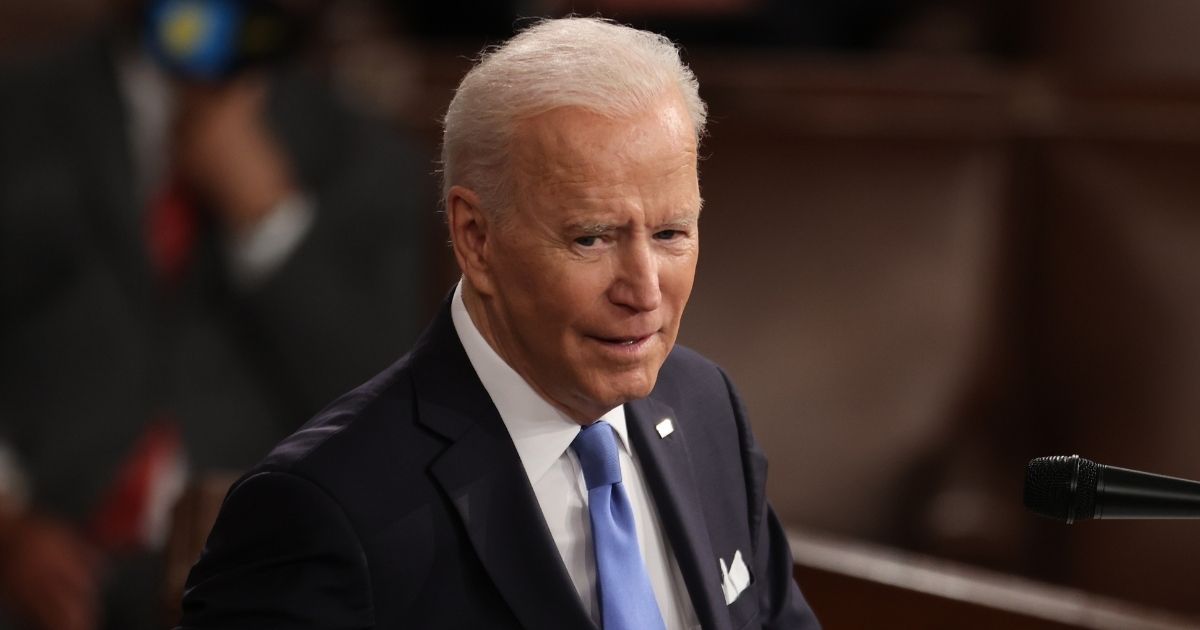 A CBS News poll that purported to show Americans wildly approved of President Joe Biden’s Wednesday speech before a joint session of Congress, and which is being cited by other outlets, dramatically oversampled Democrats.

The poll, which was conducted on Wednesday evening after the speech, bragged that 85 percent of Americans approved of Biden’s recited dark, radical and partisan views of the state of the country and its future, which was a ratings disaster.

*CBS News Poll of Speech Watchers*
We interviewed watchers immediately after the speech.

More than eight in 10 of those who watched approve of Biden’s speech.

Most said it made them feel optimistic about America. pic.twitter.com/QOkI0PoVuo

CBS/YouGov asked 943 Americans who watched the speech, “In general, did you approve or disapprove of the President’s speech tonight?” The answer: 85 percent of respondents said they either strongly approved (64 percent) or somewhat approved (21 percent.)

“Most viewers who tuned in to watch President Biden’s speech liked what they heard and came away feeling optimistic about America,” CBS bragged about its dear leader. “Speech viewers described the president as ‘Presidential, Caring,’ ‘Inspiring’ and ‘Bold.’”

The leftist network did surrender: “As we’ve seen with previous presidential addresses to Congress and State of the Union speeches, those who watched tonight are more likely to be from the president’s own political party.”

Of course, the devil was in the details. When looking at the poll’s sampling, the issue becomes immediately apparent: CBS wildly oversampled Democrats and independents while only asking a relative handful of “Republicans” what they thought.

With regard to party makeup, Democrats who were polled outnumbered Republicans 54 percent to 18 percent, while independents made up 25 percent.

Aside from the absurd approval rating gifted to Biden’s forgettable remarks, other answers in the polling signaled this thing was a fraud. Seventy-eight percent of respondents said that Biden’s rambling made them feel “optimistic” about the country.

An additional 74 percent of respondents said Biden’s remarks made them feel as if he was going to “help” them.

Forbes, one of the digital outlets to use the poll to circle the chariots, crowed, “Biden’s First Speech To Congress Draws High Approval Ratings In CNN, CBS Polls.”

Yeah, right. The jig is up on the leftist establishment media and its biased polling.

These people wonder why nobody trusts them. Did CBS only poll people who work at CBS?