Nouriel Roubini, an award-winning economist and known sceptic of Bitcoin (BTC), is confident that central bank digital currencies, or CBDCs, are the future of money.

According to Roubini, global CBDCs like the digital yuan are capable of replacing primary financial services and cryptocurrencies shortly. They are going to be displacing digital payment systems, or in the private sector, starting with cryptocurrencies that are not really currencies, the economist said.

Roubini predicted that a CBDC-driven revolution would come in perhaps three years.

So not only do you not need crypto, you don’t even need Venmo, a bank account or checks. And the great revolution that we will see in the next three years will be the digital currencies of central banks.

However, Roubini did admit that Bitcoin could serve as a store of value. It is an important function of money along with a unit of account and a medium of exchange.

According to him, maybe it’s a partial store of value. Because, unlike thousands of other “shitcoins,” it can’t degrade that easily. At least, there is an algorithm that decides how much the supply of Bitcoin increases over time.

Roubini has also criticized decentralized finance, one of the main trends in the crypto market in 2020. 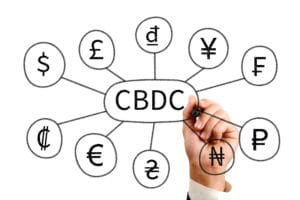 Only 4% of payments occur with cash, Bache said. This proportion is roughly the same as in spring and considerably lower than before the pandemic. The proportion of cash payments is lower in Norway than in any other country.

Norway uses the Norwegian krone, the currency issued by the country’s central bank, Norges Bank. After COVID-19 concerns emerged in March, the common points of personal contact logically became worrisome for countries. These include physical coins, which are constantly changing hands.

After detailing various aspects of the global CBDC scene, Bache said that the level of cash use is low in Norway and some of its neighboring countries.