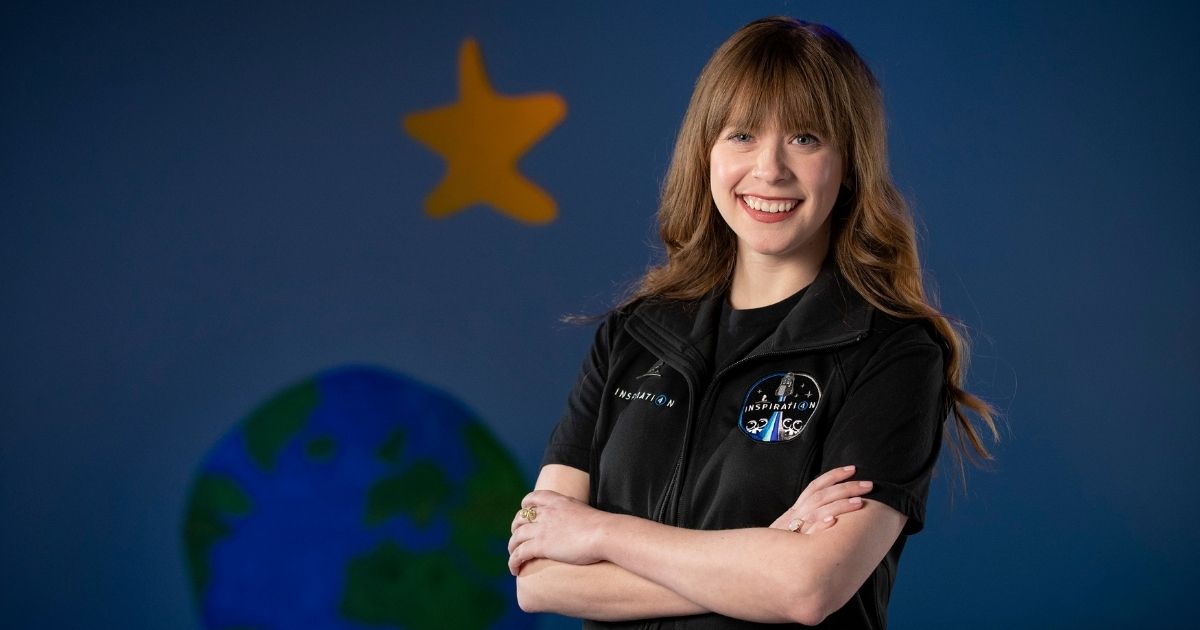 A 29-year-old bone cancer survivor soon will take part in an out-of-this-world adventure.

According to the BBC, St. Jude Children’s Research Hospital physician assistant Hayley Arceneaux is set to join a civilian mission into space.

The space launch, scheduled for near the end of this year, is a “pet project” of billionaire Jared Isaacman, who revealed last month that he intended to use the spaceflight as an opportunity to raise money for St. Jude.

Isaacman also offered one of the four available spacecraft seats to a staff member at the hospital. As the billionaire told the BBC, Arceneaux “represented the mission’s spirit of hope.”

Arceneaux was a former patient at the St. Jude hospital in Memphis, Tennessee, where she now works. The hospital announced the cancer survivor’s selection for the world’s first all-civilian space mission in a tweet on Feb. 22.

“We are thrilled to announce that St. Jude cancer survivor Hayley is joining @inspiration4x. Hayley came to St. Jude after being diagnosed with cancer at age 10. Today, she delivers hope to St. Jude patients as a physician assistant,” the hospital tweeted.

We are thrilled to announce that St. Jude cancer survivor Hayley is joining @inspiration4x. Hayley came to St. Jude after being diagnosed with cancer at age 10. Today, she delivers hope to St. Jude patients as a physician assistant. Read her story here. https://t.co/iaRqsGFHmB

In a tweet on March 6, Arceneaux also took the time to express gratitude at the opportunity to inspire others.

“I can’t thank you all enough for the support you’ve shown me,” she  tweeted.

“It’s an incredible honor to be part of the #inspiration4 mission and to represent cancer patients and survivors everywhere. And forever honoring those who have died of cancer, remembering our fight is not over.”

I can’t thank you all enough for the support you’ve shown me. It’s an incredible honor to be part of the #inspiration4 mission and to represent cancer patients and survivors everywhere. And forever honoring those who have died of cancer, remembering our fight is not over.

According to St. Jude Inspire, Arceneaux has dreamed of becoming an astronaut since she was 9 years old, when her family visited a NASA space complex. A few months after the visit, however, her dream seemed unobtainable.

Shortly after turning 10, Arceneaux began experiencing pain in her left leg. At first, she and her family thought it was an injury from her Taekwondo practice, but then her parents saw a “huge bump above her knee.”

A visit to the doctor revealed that Arceneaux had bone cancer in her left femur. After a doctor referred the family to St. Jude, Arceneaux’s treatment included chemotherapy and the replacement of some of her leg bones with prosthetic ones.

Due to NASA’s rigorous physical requirements for astronaut candidates, Arceneaux’s space dreams might have been grounded forever, if not for the upcoming private space mission.

Arceneaux will have several firsts tied to her name as a result of the mission. In addition to being the first bone cancer survivor to venture into space, she will become the first person with a prosthetic body part and the youngest American to travel into space.

“I think this mission is going to inspire people in so many ways,” she said, according to the BBC. “It shows them that anything is possible.”

The mission, on a Falcon 9 rocket, is scheduled to launch from Kennedy Space Center in Florida. Isaacman said he hopes the flight will raise $200 million for St. Jude, half of which he would donate himself.

The Falcon 9 is built by SpaceX, the company founded by billionaire businessman Elon Musk. Arceneaux will be joined by two contest winners and Isaacman, who is paying for the whole mission.

Even though there will be no professional astronauts on board, Arceneaux said she feels comfortable with the project.

“I’m really not nervous,” she told the BBC. “I’ve met the lead engineers for every aspect of this mission. I really trust them.”