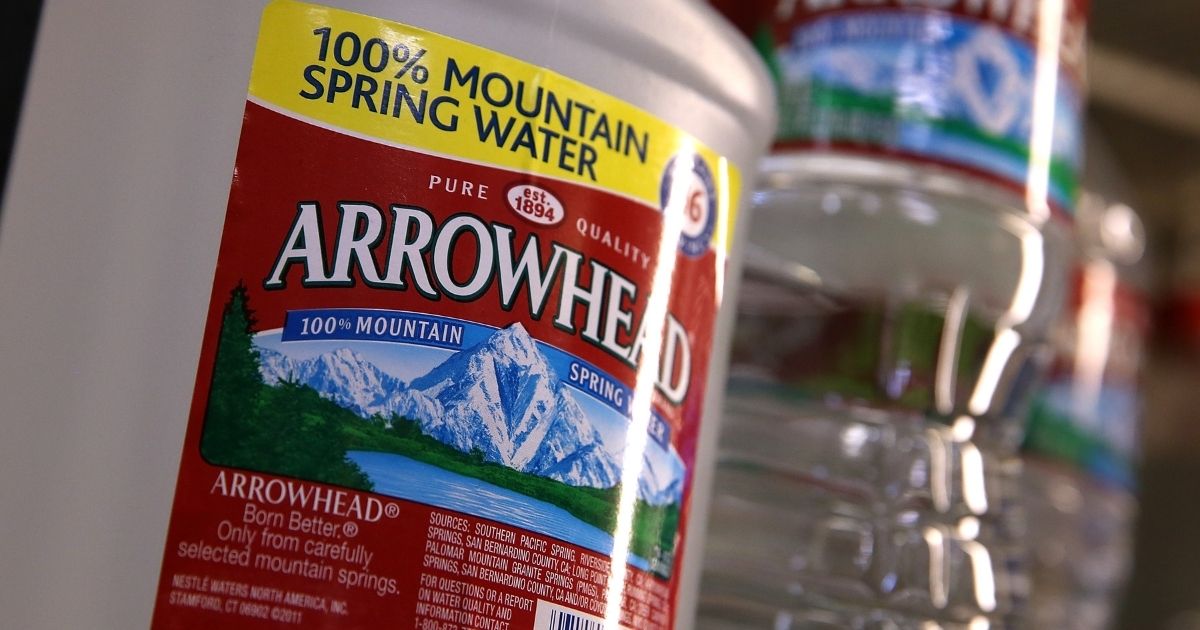 California has become the punchline of more than one joke as the state’s unchecked progressivism and relentless bureaucracy have sent it into a maelstrom.

State rivalries and cultural conniptions aside, California has an unquestionable problem with drought.

Parts of the state have arid or desert climates, but water has been scarce even by those standards.

According to the Public Policy Institute of California, the state’s “mountain snowpack has historically provided “free” seasonal storage for meeting summer irrigation needs. About a third of the state’s annual water supply is stored as snow in the Sierra headwaters.”

“Large reservoirs across the state capture melting snow and release it during our dry summers. Experts have recently begun referring to a new type of drought—“snow drought”—to define years when reduced overall precipitation coincides with unusually warm winters. The winter of 2015 was a good example, with the all-time lowest snowpack in recorded history.”

This trend of snow droughts has only continued since then, though there was a respite in 2019 after 376 straight weeks of drought. As such, the state has begun to crack down on any perceived water infractions with hostility and vigor.

Nestlé, which perhaps is best-known for its delicious Toll House cookies but which also is one of the largest bottled water suppliers in the country, is the latest subject of this effort.

The Guardian reported Tuesday that California water officials have issued a draft cease-and-desist order against Nestlé, alleging that the company — which has operated in California since 1865 — extracted dozens of millions more gallons of water from the San Bernardino forest than permitted.

Should Nestlé be punished?

To quantify the water-overuse accusation, Nestlé is permitted to extract 2.3 millions gallons of water a year. A recent report says the company is taking out about 58 million gallons a year, according to The Guardian.

The order, assuming it receives approval from the California Water Resources Control Board, would apply to BlueTriton, which would have 20 days to appeal the draft order and request a hearing.

“We have a limited amount of water,” Julé Rizzardo, California’s assistant deputy director of the Division of Water Rights, told The Guardian. “And as we face our second dry year in a row, it’s important that we use our authority to protect the municipal water supply and the environment.”

“The forests that Nestlé is draining – they’re our forests, supported by every US taxpayer,” said activist Amanda Frye, who has been fighting Nestlé in the region for years. She also naively expressed hope that by stopping Nestlé, “the environment will be able to heal.”

I won’t defend Nestlé. The company has a history of treating customers poorly, and there are accusations it turned a blind eye to child labor and trafficking in its supply chain. The company is far from an innocent victim, and it certainly is possible the water-overuse allegations in California are true.

However, California needs to realize that its water crisis is not entirely a result of environmental factors. While it is politically expedient for the state government to blame everything on droughts, much of the problem stems from the state’s own mismanagement.

As the Public Policy Institute of California furthers, “Drought is not the underlying cause of critical, chronic problems facing California, such as difficulties accessing safe drinking water, our aquatic ecosystem crisis, or the unsustainable use of groundwater.”

“Perhaps we put too much emphasis on drought―which is, after all, a natural feature of the state’s climate―and not enough on other critical issues.”

While California’s attack on Nestlé almost certainly is justified, the media fanfare surrounding it only serves to obfuscate the real concerns — that California has no idea what it’s doing, and that its silly policies and endless bureaucracy will only serve to harm the state in the future.