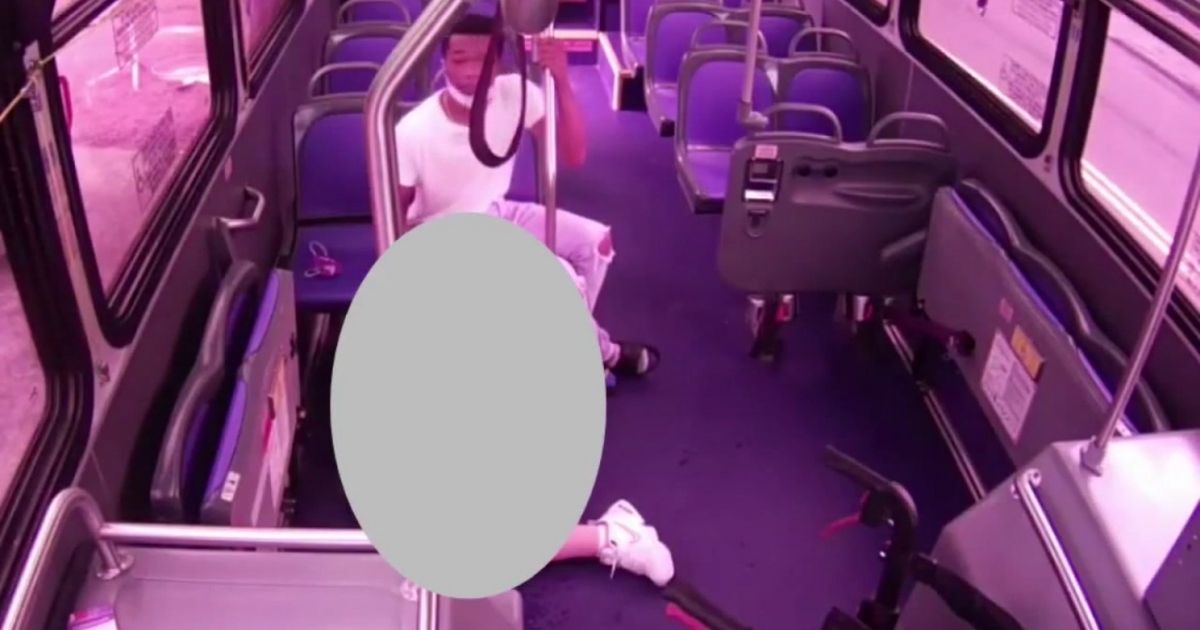 A veteran was robbed while dying of a heart attack on a bus ride in Richmond, Virginia.

On Sept. 10, Air Force veteran Raymond Bass, 66, was headed to a doctor’s appointment when he collapsed and died on the local bus, KTXL-TV reported.

After the bus was evacuated, a man who appeared to be helping Bass was actually caught stealing money from his wallet.

According to security camera footage on the bus, suspect Damontea Chappell, 20, was asking Bass questions while he was dying.

“I’m trying to find your wallet,” Chappell said. “Where is your wallet?”

TRENDING: We Were Right All Along: WHO’s COVID Travel Rules Were Political, Not Health-Related

He is estimated to have stolen between $200-$400 from Bass’ wallet, Richmond Detective Greg Russell said. The suspect turned himself in to law enforcement and is being held without bond.

Bass was buried with military honors on Sept. 15.

His niece, Cassandra Bass, was infuriated with Chappell.

Should the man who robbed the dying veteran serve jail time?

“Callin’ him ‘Pops’ as if he knew him,” she told WTVR-TV. “He wasn’t trying to help him at all. You could see he was actually kicking him to make sure he wasn’t moving and dead before he went into his wallet.”

Thankfully Bass had a proper funeral, but the circumstances surrounding his final moments are nonetheless sickening.

Chappell should be ashamed of himself and should be prosecuted to the fullest extent of the law.

His decision to use someone’s medical emergency (and ultimately, someone’s death) as an opportunity to steal is reflective of a culture that no longer values life.

The suspect likely did not have a good upbringing and does not know how to respect others, especially the older population.

RELATED: Insane Video out of Chicago: Knifeman Nearly Overpowers Cop, Falls Only After Hail of Gunfire

While people tend to fight with each other about who is more oppressed, seniors almost always tend to be pushed aside and looked down upon. About 10 percent of Americans over 60 are victims of elder abuse, but the issue is rarely talked about. Perhaps this horrible incident will help bring attention to the overlooked problem.

Chappell likely would not have stolen from Bass if he viewed Bass’ life as inherently meaningful.

Hopefully, Chappell will get the support he needs in jail in order to come back into society as an improved person.

Bass’ life had a tragic ending, and justice needs to be served.