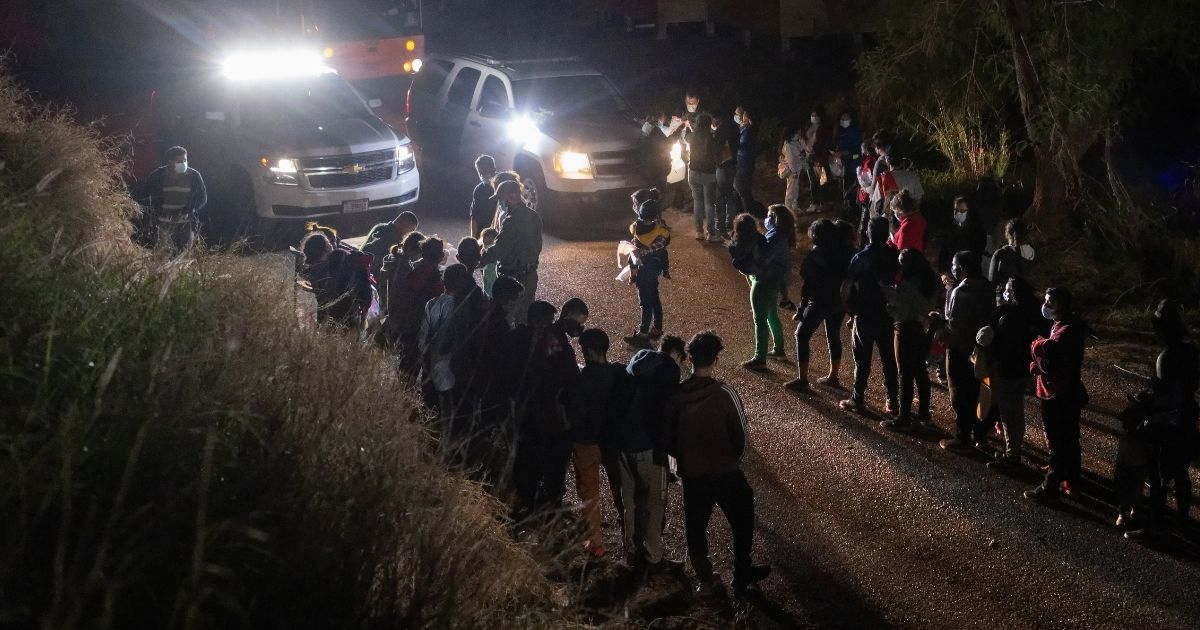 U.S. Customs and Border Protection agents nabbed five gang members on the southern border this week, including one man identified as a member of MS-13, according to an official with the agency.

CBP Laredo Sector chief Matthew Hudak tweeted the stunning news on Friday that the gang members were apprehended over the period of one week amid the border crisis, which is seeing scores of unaccompanied children cross into the U.S. from Mexico.

Hudak added that gang members, such as those who were apprehended, are taking advantage of the crisis which has gripped the border since the inauguration of President Joe Biden in January.

5 gang members in 7 days! #Laredo Sector #USBP agents arrested a total of 5 gang members in the last week, including an #ms13 & two 18th Street gang members. They attempt to evade arrest by exploiting the influx of migrants attempting to enter our country. #bordersecurity pic.twitter.com/y5vVJQO50K

Hudak did not name the suspect he said was a member of MS-13, but a CBP media release from Tuesday identifies a man named Harry Williams Payes-Mejia, 46, as being a member of the brutal gang who was recently apprehended.

“Yuma Sector Border Patrol agents apprehended a MS-13 gang member early Monday morning,” CBP said. “Agents encountered the migrant as part of a group of three who illegally entered the United States east of the San Luis Port of Entry. Agents arrested the group and transported them to the Yuma station for identification and further processing.”

CBP described Payes-Mejia as “an active MS-13 gang member with previous removals from the U.S. Payes-Mejia has several felony convictions and served time in prison.”

Does the country's border crisis concern you?

“He also has an outstanding warrant for a probation violation,” CBP said.

Payes-Mejia will be turned over to the U.S. Marshals Service and will also be prosecuted for entering the country illegally.

The Department of Justice described MS-13, or Mara Salvatrucha, as “one of the world’s largest and arguably most violent street gangs” in a recent study of the transnational gang.

“After relatively humble beginnings in Los Angeles in the 1980s, it has spread to more than a half-dozen countries and become a central focus of law enforcement in two hemispheres. In spite of these efforts, the MS13 remains a persistent threat and shows signs of expanding its criminal portfolio,” the DOJ added of the gang.

The violent gang has an estimated 50,000 to 70,000 active members from the U.S. to Central America, and has been reported to be operating in Europe, as well.

RELATED: Watch as 4 Sheriffs All Go Off on Biden After Speech That Insulted Border Patrol

The DOJ in its report also warned that the gang seeks to take advantage of lax immigration laws.

“MS13 members migrate for the same reasons that other migrants do, and they go to the same places. They also face many of the same risks such as indigence, isolation, victimization, detention and deportation,” the DOJ stated.

While the gang was founded in California, and holds a large footprint there, MS-13 has shown a startling propensity for cropping up in other areas of the country. Law enforcement officers on the East Coast have seen a dramatic increase in activity from the gang in recent years.

Immigration and Customs Enforcement has previously described the 18th Street Gang, also mentioned in Hudak’s tweet, as a violent group based in El Salvador.