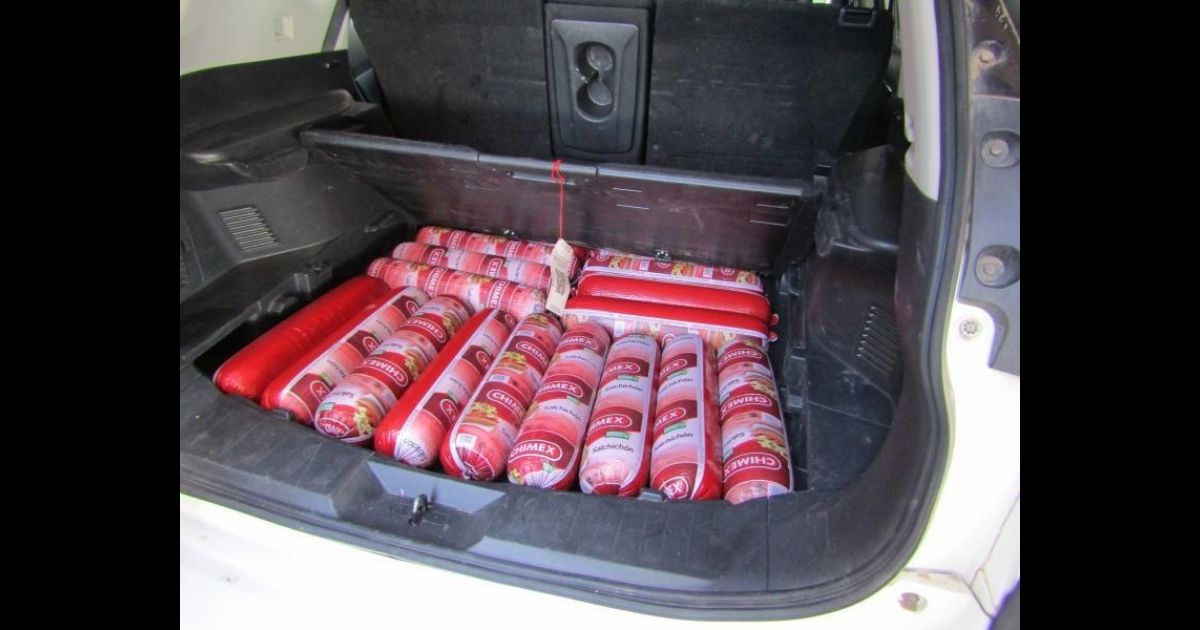 On Thursday morning, the U.S. Customs and Border Protection division in Columbus, New Mexico, stopped a 2019 Nissan Rogue driven by a permanent resident from Albuquerque, according to a CBP news release.

In the hatchback area of the truck as well as inside the vehicle, officers found 22 rolls — totaling 194 pounds — of vile contraband: Mexican bologna.

The 49-year-old driver had not formally declared the lunchmeat at the border.

The news release explained that “bologna is a prohibited product because it is made from pork and has the potential for introducing foreign animal diseases to the U.S. pork industry.”

The driver of the Nissan was assessed a very reasonable $500 fine and sent on his way, but the illegal bologna was not so lucky. It was seized and destroyed by the customs officials.

According to a November 2019 tweet by AP News reporter Matt Lee, a “driver told agents at [the] El Paso crossing he had rolls of frozen turkey ham in his pickup.” Instead, officers found 154 pounds of that dastardly illegal bologna.

#US Customs and Border Protection says driver told agents at El Paso crossing he had rolls of frozen turkey ham in his pickup. Upon further inspection, though, the agents determined that it was 154 pounds of Mexican bologna, which is made of pork. https://t.co/C8IZedwDEV

Similarly to the present situation, the driver was let go while the nefarious deli meat was seized and destroyed.

Twitter’s reaction to that particular incident was noticeably glib:

My god now the bologna! Think of the children! What is this world coming to when our borders aren’t safe from black market lunch “meat”?

Border Patrol officers have a tough job, and sometimes that means being a stickler about important rules that seem excessive or useless on the surface.

But, as ridiculous and time-consuming as they might be, these types of procedures are necessary for the safety and security of our country and its products.

“It is important that travelers understand they should declare all items they are transporting from abroad to avoid fines and penalties. A properly declared prohibited item can be abandoned at the port without consequence,” CBP Columbus Port Director Tony Hall said in a statement about the latest bologna incident.

When you enter the United States, whether you’re flying back home or driving across the border, always declare any item you’re unsure about to the customs officials — even if you think it’s all a load of baloney.