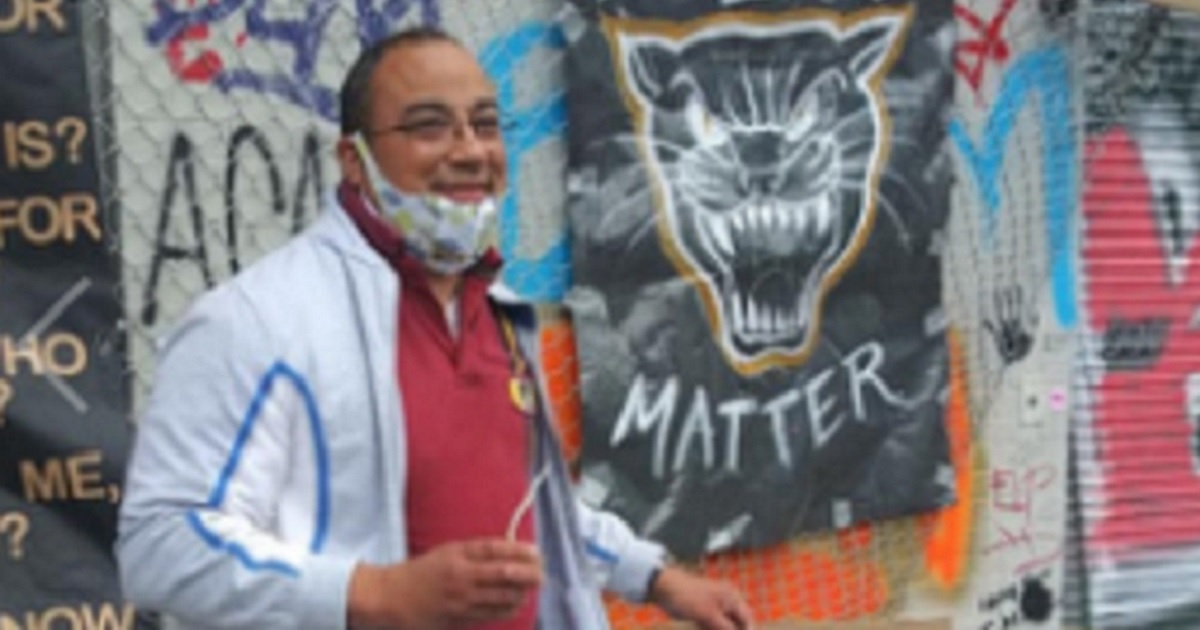 What a shock: A Black Lives Matter activist charged in alleged hate crimes against Asian-Americans in Seattle had previously called the Atlanta spa shooting an act of “white supremacy.”

According to the New York Post, 51-year-old Christopher Hamner participated in Black Lives Matter protests last summer and even posted video from the lawless Capitol Hill Autonomous Zone occupied encampment in Seattle on his Facebook page.

Yet, the left-wing activist is accused of two separate incidents last month in which he attacked three Asian-American women. While he was charged last month and the Facebook page was discovered shortly afterward by The Post-Millennial, the case is only now getting wider coverage.

The first incident occurred on March 16, according to KIRO-TV. Pamela Cole, who told the stateion she is Chinese and Malaysian and whose 5- and 10-year-old children are both Asian and African-Amerian, was sitting at a red light when her vehicle was allegedly accosted by Hamner, who was in an adjacent car.

“He jumps out the car and he’s charging at us,” she said. “That was the scariest part for me.

“He comes to my window and he’s in the middle of the street and he’s like, ‘Get out! Get out!”

She went on to say that, “I locked my door. That was my safety — I’m going to lock my door. I had nothing. I just felt so defenseless and so helpless. And you know as a mom, all we want to do is take care of our kids and protect them.

“Then, thank God, the light changed. And even as we were running through and trying to turn, he’s still throwing things at us, and watching as I’m turning and watching where I’m going.”

Do you think the media is avoiding covering this case because it doesn't fit their narrative?

According to The Seattle Times, the charges say that when Cole posted about the incident on social media, one of her friends’ husbands identified Hamner as a potential suspect and sent Cole a picture of him. Hamner was allegedly wearing the same shoes in the picture as he was during the incident, Cole said.

The second incident happened three days later, according to The Seattle Times.

In that incident, two Asian women were driving together when a man cut them off, blocked traffic and accosted them. The man again allegedly shouted explicit remarks mentioning the fact they were Asian. They pulled into a parking space and looked back when they saw the driver charging at them. They rolled up their windows so they couldn’t hear what he was saying, but he threw a plastic item before they drove off.

Their dashcam recorded the entire incident and the license plate on the assailant’s car matched a vehicle registered to Hamner. In addition, according to The Seattle Times, an officer quoted in the charges said the footage showed the attacker “was clearly Hamner.”

Yet, according to screenshots from The Post-Millennial, Hamner shared a NowThis video a week after the Atlanta spa shootings — which happened on the day of the first incident he’s alleged to have perpetrated, it’s worth noting — urging people to “[s]tand UNITED against racism & white supremacy.” Yes, he apparently called the Atlanta attacks white supremacy — and here he was, allegedly perpetrating anti-Asian attacks of his own.

NEW: One day after eight women were murdered in Atlanta, Christopher Hamner posted on Facebook that we’ve “all had bad days but it never justifies hate crimes.”

The day before, Hamner allegedly committed a hate crime against an Asian American Seattleite. https://t.co/wH3LFThLtZ

And then there were the posts of Hamner protesting at Black Lives Matter events and inside CHAZ, where he was pictured holding up an anti-police, anti-Donald Trump sign. The Post-Millennial stated Hamner had a “reputation as a staunch BLM and racial-justice activist in the Seattle-area.”

Let’s be clear: We can’t adduce any connection between Hamner’s activism, such as it may have been, and the acts he’s alleged to have committed. Indeed, his lawyer posited at a court hearing last month that Hamner suffers from mental illness, according to KATU-TV.

Imagine, however, this was the other way around.

Imagine a Republican man with a social media profile full of MAGA hat pictures and Republican slogans. Imagine he even dipped his toe into some controversial, threatening posts.

(“Sleep Good tonight Rand Paul” an account linked to Hamner tweeted in February, along with a GIF of a knife being held up to a man’s head. The tweet has since been deleted for violating the Twitter rules.)

Imagine that Republican was accused of hate crimes against Asians — including one where the victim’s children were in the car. Imagine one of the attacks took place on the same day as a mass shooting attributed to anti-Asian bias (something which the shooter denies, but don’t tell this to anyone in the media). Imagine there was something that was as allegedly hypocritical as Hamner’s “[s]tand UNITED against racism & white supremacy.”

You don’t have to imagine the persistence and fervor of the coverage this individual would receive, no matter what he was charged with.

In Hamner’s case, it’s one hate crime charge for the two incidents and three charges of malicious harassment, according to King County jail records. He pleaded not guilty and his trial is set to begin on June 3.

Coverage of him outside of the Seattle area, meanwhile, was almost non-existent until the New York Post picked the story up last week.

Again: What a shock.