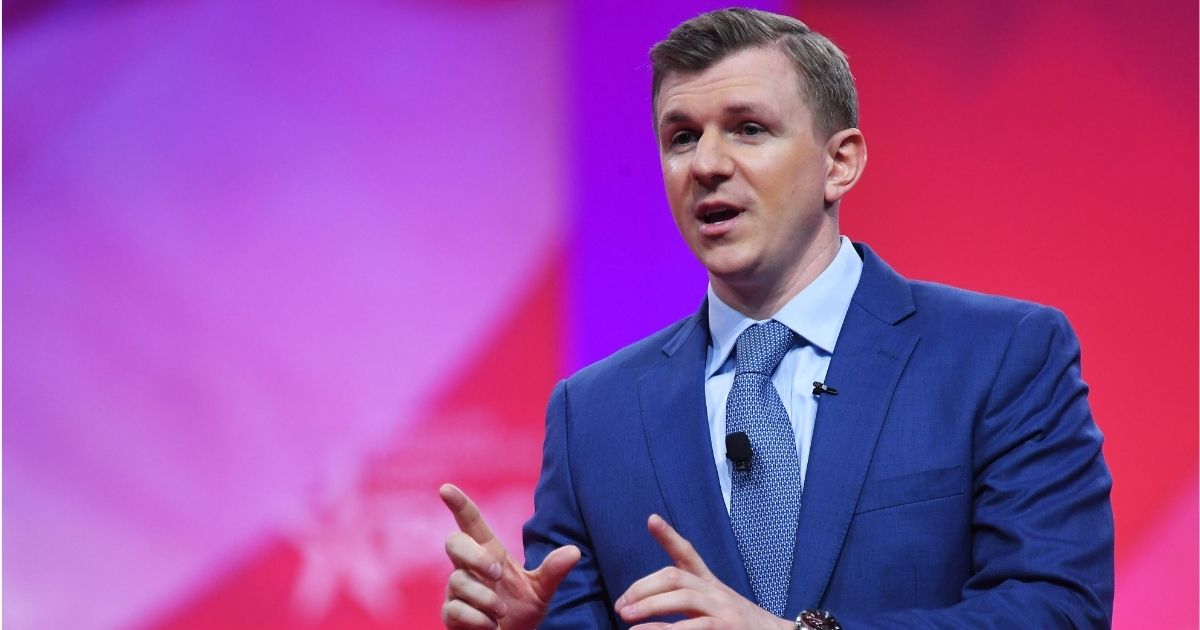 Project Veritas and its founder James O’Keefe are the latest victims of Twitter’s push to silence conservatives on the platform.

O’Keefe responded to Twitter’s moves in a statement provided to The Western Journal.

“In an apparent act of retaliation for daring to question their authority, Twitter responded to our appeal by suspending our account, continuing to tell us that Project Veritas could delete the tweet and have our account reinstated. “

The video O’Keefe referenced is still on YouTube. In it, a Project Veritas reporter confronted Rosen, apparently outside the executive’s home, over Facebook’s ability to “freeze” comments that contain “hate speech.”

“How do you define hate speech? Is it just speech that you hate?” Project Veritas senior journalist Christian Hartsock asked Rosen, who did not respond.

Do you think big tech companies feel emboldened to censor conservatives with Democrats in charge?

Project Veritas, of course, is known for publishing undercover or leaked videos, released by “whistleblowers,” demonstrating the internal bias or policies of organizations like CNN and Twitter.

One that made headlines in January was Twitter CEO Jack Dorsey in an internal company video announcing to employees the censoring of political speech on the platform would go beyond just banning then-President Donald Trump.

“We are focused on one account [@realDonaldTrump] right now but this is going to be MUCH BIGGER than just one account & it’s going to go on for much longer…”#ExposeTwitter pic.twitter.com/QhyyUTHlM9

RELATED: Dem Rep Could Barely Hold Off for a Month Before Going Back to Supporting Riots

O’Keefe was defiant in the face of Twitter’s actions against him.

“This is nothing new from Twitter — just last fall Twitter CEO Jack Dorsey admitted in Congress his company’s decision to block the New York Post was erroneous while still demanding the Post kneel before them by deleting the tweet,” O’Keefe said in his statement provided to The Western Journal.

In October, Twitter prevented New York Post stories about President Joe Biden and Hunter Biden’s apparent plans to enter into a business venture with a Chinese energy company from being shared on the platform.

However, in December, Hunter Biden confirmed that his business dealings were under FBI investigation.

“Here we go again — Twitter opting to delete news and demand fealty when their decision is dared to be questioned,” O’Keefe said.

“I will not kneel,” he continued. “Twitter is wrong. Let them kneel.”

Root cautioned in a Wednesday interview with The Western Journal that while he’s the victim now, all conservatives should take note.

“So I’m just telling you, they took me. Soon they’re coming for you.”

It’s ironic that the constant drumbeat by leftists during the Trump administration was: “The president’s a fascist.” Yet, what actions did he take to quash free speech?

Trump railed against “fake news,” of course, but he did not spy on the media as former President Barack Obama’s administration did in relation to the Associated Press and then-Fox News reporter James Rosen.

Now with Biden in the White House and Democrats in charge of Congress, it appears to be open season on conservatives — and sadly, no one seems willing to fight to uphold the First Amendment rights of all Americans.