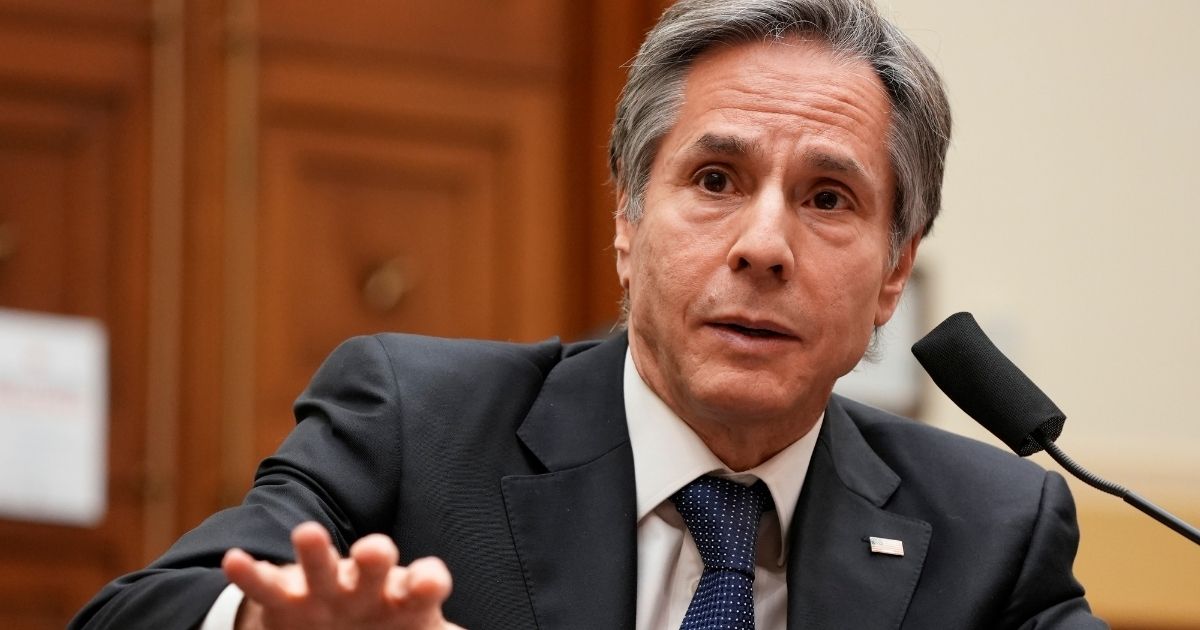 After an hour of unexpected debate at last week’s Sino-American geopolitical summit, National Security Advisor Jake Sullivan assured the Chinese delegation that the strength and confidence of America’s foreign policy will emanate from an ethereal “secret sauce.”

“A confident country is able to look hard at its own shortcomings and constantly seek to improve. And that is the secret sauce of America,” Sullivan said in closing, according to a State Department transcript.

The second secret ingredient to the American recipe, Sullivan continued, is that its “people are a problem-solving people, and we believe we solve problems best when we work together with allies and partners around the world.”

But Chinese Foreign Minister Wang Yi and Yang Jiechi, the director of the Communist Party’s Central Foreign Affairs Commission, were not tempted by the alluring sounds of “secret sauce” diplomacy.

If anything, the pair traveled to Alaska to present a diametrically opposed worldview — a worldview in which American conceptions of rights, rules and human dignity carry little importance.

Amid the Alaskan snowdrifts, the four diplomats sparred in classic Cold War fashion, finding little common ground on an array of decisive geopolitical disputes. Little headway was made on almost every front, with Chinese officials overtly denouncing any attempt to acknowledge Western concerns about China’s regional aggression.

With respect to Hong Kong, Taiwan, Tibet and the Uyghurs of Xinjiang, the future looks somber. Sullivan and Secretary of State Antony Blinken found themselves at odds with their Chinese counterparts at nearly every turn.

In his brief opening statement, Blinken criticized the Beijing regime for its abject violations of international rules and norms, which caused members of the international community to condemn the Chinese government’s actions in response.

Without the norms and rules that regulate the international community today, the secretary argued, the world would be a place in which “might makes right and winners take all, and that would be a far more violent and unstable world for all of us.”

Should the U.S. continue to sanction China?

American concerns of abuse and mistreatment fell on deaf ears from the Chinese diplomats. Invoking national sovereignty, Wang and Yang argued authoritatively that the U.S. ought to “fully abandon” those concerns and practices.

“China certainly in the past has not and in the future will not accept the unwarranted accusations from the U.S. side,” Wang said.

“In the past several years, China’s legitimate rights and interests have come under outright suppression, plunging the China-U.S. relationship into a period of unprecedented difficulty.”

The top Chinese diplomat urged the U.S. to “fully abandon the hegemonic practice of willfully interfering in China’s internal affairs.”

Of course, Wang was addressing how Washington had developed a more adversarial relationship with Beijing during President Donald Trump’s tenure in office. Early into the term, Trump’s administration launched a partial trade war with China.

Later in the term, the administration doubled down on efforts to condemn the Beijing government. In 2019, Trump effectively put in place a federal ban on products made by Huawei, the Chinese-based telecommunications and phone manufacturer, with Executive Order 13837.

The president and Congress then imposed sanctions on those responsible for enacting Hong Kong’s national security law. And with the onset of COVID-19, the president put in place restrictions on people traveling from China to the United States in January 2020.

In the final days of the administration, the State Department formally determined that China is committing genocide and crimes against humanity in Xinjiang.

In the wake of those four years, an increasing number of Americans now view China, and the Chinese Communist Party, as the nation’s most significant adversary, according to a recent Gallup poll.

Chinese authorities can sense that the winds of American popular opinion are shifting against China.

Yang, in sending the first barrage of geopolitical invectives at his American counterparts, advised Blinken and Sullivan that China has absolute authority over Xinjiang, Tibet, Hong Kong and Taiwan.

“And with Xinjiang, Tibet, and Taiwan, they are an inalienable part of China’s territory,” Yang said. “China is firmly opposed to U.S. interference in China’s internal affairs.

“We have expressed our staunch opposition to such interference and we will take firm actions in response.”

This sentiment was a common characteristic of China’s grievances against the United States. Any dispute that involves the degradation of human life and liberty in or near mainland China could be chalked up as a “regional issue” for the Chinese government.

“And on some regional issues, I think the problem is that the United States has exercised long-arm jurisdiction and suppression and overstretched the national security through the use of force or financial hegemony,” Yang said.

“The United States has also been persuading some countries to launch attacks on China.”

The accusations and insults were, of course, to be expected. It wouldn’t be a major geopolitical conference without a little animus.

For the people of Tibet, Taiwan, Hong Kong and Xinjiang, however, this summit defined what life could be like for the next four years. The political and social reforms so dearly needed in those regions and communities could be further away than anyone could imagine.

Democracy in Hong Kong is quickly disappearing. On March 11, the National People’s Congress of China voted to effectively undermine the city’s entire democratic system. After the State Department responded by issuing a series of sanctions against certain Chinese officials later that month, the Beijing regime warned that such interference would not be tolerated.

“On the 17th of March, the United States escalated its so-called sanctions on China regarding Hong Kong,” Wang said.

“And the Chinese people are outraged by this gross interference in China’s internal affairs and the Chinese side is firmly opposed to it.”

But will the “secret sauce” diplomacy bring any material political and social reforms to the people who need them most?

Yang told the American officials, “the United States does not have the qualification to say that it wants to speak to China from a position of strength.”

“Our history will show that one can only cause damages to himself if he wants to strangle or suppress the Chinese people.”

The on-camera parley ended on a seemingly bitter note. But once the cameras turned off and the formal talks commenced, the diplomats ditched their glib remarks and got to work.

In the wake of the meeting, American officials are confident with their presentation of the Biden administration’s concerns and interests.

“We wanted to share with them the significant concerns that we have about a number of the actions that China’s taken and the behavior it’s exhibiting — concerns shared by our allies and partners,” Blinken told reporters, according to an official transcript. “And we did that.”

“We also wanted to lay out very clearly our own policies, priorities and worldview, and we did that too,” Blinken said.

“It’s no surprise that when we raised those issues clearly and directly, we got a defensive response.”

Despite some mutual agreement on Afghanistan and climate change, the two nations are “fundamentally at odds” on other core disputes, according to the secretary.

Thus far Biden’s “secret sauce” diplomacy has maintained Trump-era economic and political sanctions, while also adding a few of its own. But at least in front of the cameras, the Biden team’s gambit didn’t seem to pay off.

With the world watching, the administration espoused an odd mix of old Trump-era directives and new policy ideas, ushering in a new era of the U.S.-China relationship.