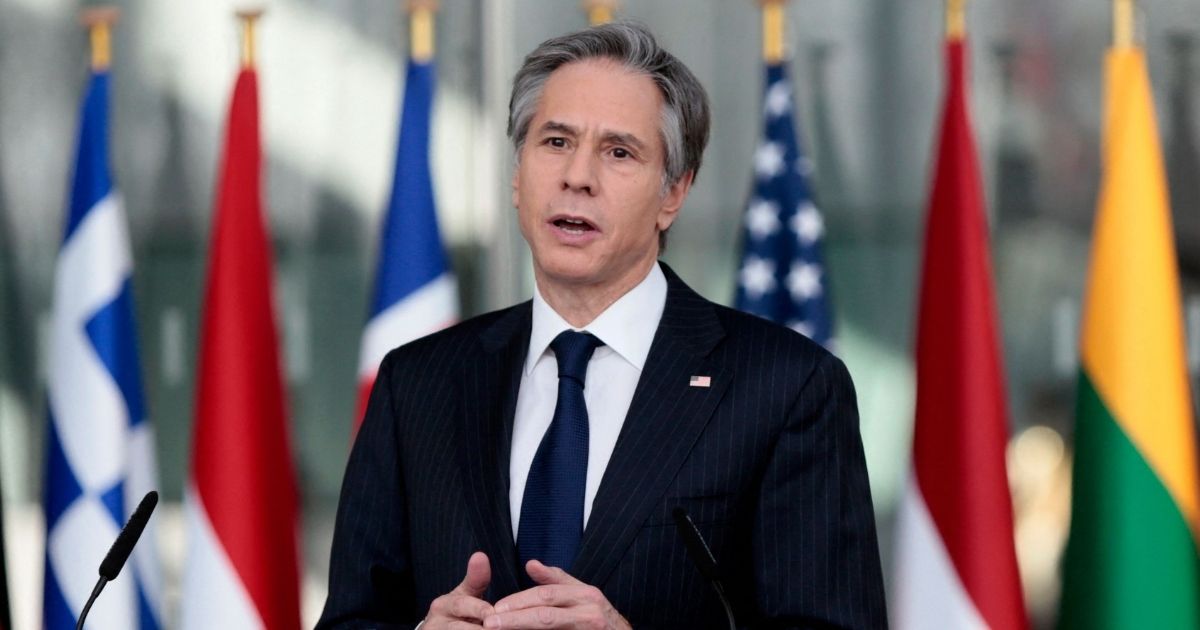 President Joe Biden’s domestic policy agenda is fomenting great strain on his administration’s attempts to produce a clear set of foreign policy goals — chiefly in its relationship with the People’s Republic of China.

In the realm of domestic politics, Biden’s decision to elevate and enact public policies based on intersectional ideas has sparked debate on a number of core political and cultural issues.

While in the realm of foreign affairs, Biden’s choice to accentuate the identitarian sect of America’s political left will unequivocally undermine its footing for condemnation of Chinese government action against the people of Hong Kong, Tibet, Taiwan and in the Xinjiang province.

The Folly of Biden’s Domestic Agenda

Identity politics has been placed at the forefront of the key ideas undergirding Biden’s domestic policy agenda.

The backbone of that agenda originates from Executive Order 13985. It was the first act of his presidency and fulfilled one of his core campaign promises — to advance equity and win the “battle for the soul of the nation.”

“Because advancing equity requires a systematic approach to embedding fairness in decision-making processes, executive departments and agencies (agencies) must recognize and work to redress inequities in their policies and programs that serve as barriers to equal opportunity,” the order said.

In turn, federal agencies and branches adjusted their standards and practices to fit with the newly made mandate.

The Centers for Disease Control and Prevention has taken steps to account for racial disparities while conducting further research on COVID-19. The White House plans to launch a permanent Infectious Disease Racial Disparities Task Force. And the United States Armed Forces have professed new standards to produce a more inclusive force to wage war.

Will China take advantage of the Biden administration?

There is nothing wrong with a government that pursues initiatives, codifies laws and creates institutions that protect people’s rights and expand people’s political liberties.

When the executive office posits that sustainable public policy is produced by analyzing disparities in identity group outcome, its reasoning cedes ground to the belief that equal treatment under the law cannot be obtained in Western democracies without authoritarian state involvement.

Biden’s order says that it is necessary to advance “equity for all, including people of color and others who have been historically underserved, marginalized, and adversely affected by persistent poverty and inequality.”

While this is an issue that needs to be addressed at the local and national level, a top-down approach vindicates the belief that modern Western democracies can no longer function under their basic political principles.

This administration’s attempt to vastly reduce the array of issues plaguing American society down to a framework based on racial and identity group status gives up leverage on the global stage and stalls any attempt at fruitful reform on the domestic front.

Sino-American relations are at a critical point in modern history. The Chinese government expected a return to normality under the Biden administration — a shift back to pre-Trump economic and political relations.

But that return may not be on the horizon anytime in the near future. After four years of President Donald Trump, the government and the American people have grown warier of China, labeling the PRC as America’s most significant adversary.

After their first formal meeting in Alaska on March 19, both governments issued statements condemning the other, with the State Department continuing its implementation of Trump-era censures.

Three days after the summit, on March 22, the foreign ministers of Canada, the United Kingdom and the United States condemned China for its “human rights violations and abuses in Xinjiang.”

“The evidence, including from the Chinese Government’s own documents, satellite imagery, and eyewitness testimony is overwhelming,” the unit wrote in its group statement.

“China’s extensive program of repression includes severe restrictions on religious freedoms, the use of forced labour, mass detention in internment camps, forced sterilisations, and the concerted destruction of Uyghur heritage.”

Days after, the PRC responded by sanctioning two American officials for their condemnation of the ongoing human rights abuses occurring in the province of Xinjiang.

The State Department answered the Chinese government’s “baseless sanctions,” labeling the tactic as an effort to distract the international community away from China’s state-mandated crimes.

“Beijing’s attempts to intimidate and silence those speaking out for human rights and fundamental freedoms only contribute to the growing international scrutiny of the ongoing genocide and crimes against humanity in Xinjiang,” the news statement said.

The State Department built off that statement by releasing a detailed report Tuesday about China’s human rights practices in Hong Kong, Macau and Tibet.

Shortly after that, the department joined 13 other nations in expressing their concerns about the recent World Health Organization COVID-19 investigation in China.

“Scientific missions like these should be able to do their work under conditions that produce independent and objective recommendations and findings,” the joint statement said.

“We share these concerns not only for the benefit of learning all we can about the origins of this pandemic, but also to lay a pathway to a timely, transparent, evidence-based process for the next phase of this study as well as for the next health crises.”

On Wednesday, Secretary of State Antony Blinken issued another criticism about China’s adoption of the Hong Kong National Security Law (NSL), which the secretary said eroded the rights and freedoms of the people in Hong Kong.

“This report documents many of the actions the PRC and Hong Kong governments have taken against Hong Kong’s promised high degree of autonomy, freedoms, and democratic institutions,” Blinken said.

“These include the arbitrary arrests and politically-motivated prosecutions of opposition politicians, activists, and peaceful protesters under the NSL and other legislation; the postponement of Legislative Council elections; pressure on judicial independence and academic and press freedoms; and a de facto ban on public demonstrations.”

On the economic front, U.S. Trade Representative Katherine Tai told The Wall Street Journal that the U.S. is not prepared to end tariffs on Chinese imports.

“Yanking off tariffs,” she said, could damage the recovering U.S. economy unless the change in policy is “communicated in a way so that the actors in the economy can make adjustments.”

“No negotiator walks away from leverage, right?” she added.

Biden’s foreign policy is faintly familiar to Trump’s. But there is a point at which Biden’s domestic platform can undermine his foreign endeavors.

At the Intersection of Foreign and Domestic Affairs

By every estimate, Sino-American relations have arrived at an impasse defined by an adversarial state of affairs.

According to Politico, Chinese officials told American diplomats at the geopolitical summit that the United States was guilty of having its African-American citizens “slaughtered.”

“The challenges facing the United States in human rights are deep-seated,” Director Yang Jiechi said, according to a transcript of the meeting.

While American figures humbly accept China’s accusation that the United States has problems and difficulties, and the government often fails to satisfy the fundamental principles and ideals on which the nation is founded, it is counterproductive to act as if America’s current evils are equal to those of China.

Admitting that the United States is a systemically and irredeemably racist nation vindicates the Chinese claim, giving them a reason to ignore every Western concern about their systematic elimination of all political and ethnic diversity.

Beltway broadcasters and pundits will rarely spend the time to ensure that the Biden administration is remaining intellectually consistent on its domestic and foreign policy goals.

If the United States wants to successfully end crimes against humanity happening in China, then it will have to produce a clearer set of policy initiatives that do not undermine the values upon which Western democracies are rooted.