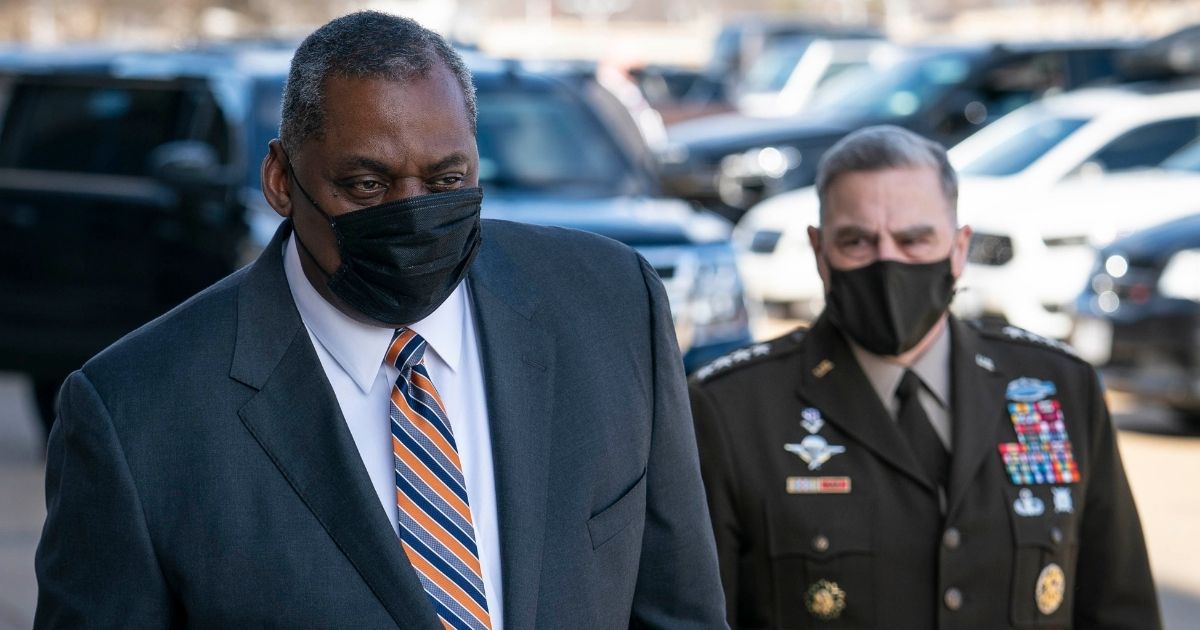 The Department of Defense says it is ready to adapt to the impacts of climate change on its mission of protecting America and its interests.

Calling climate change an “existential threat,” Biden had issued an executive order stating that “climate considerations shall be an essential element of United States foreign policy and national security.”

“I fully support the President’s direction today to include climate considerations as an essential element of our national security and to assess the impacts of climate change on our security strategies, operations, and infrastructure,” Austin said in a statement on the Department of Defense’s website. “We know first-hand the risk that climate change poses to national security because it affects the work we do every day.

“Since 2010, the Department of Defense has acknowledged that the planet’s changing climate has a dramatic effect on our missions, plans, and installations,” he said.

“Every year, we see the consequences of increasing incidents of flooding, drought, wildfires, and extreme weather events on our installations at home. Every year, our commanders and their Allies and partners conduct operations that result from instability in societies strained by desertification, the threat of adversary access to homelands through the Arctic, and the demands for humanitarian assistance worldwide,” Austin added, noting that in 2019, the department issued a report examining the impact of climate change on 79 military installations.

Calling climate change a “driver of insecurity,” Austin pledged that “As directed by the President, we will include the security implications of climate change in our risk analyses, strategy development, and planning guidance.”

I’m pleased to see @SecDef‘s pledge to incorporate climate change into the Pentagon’s planning. I’ve pushed our military leaders to treat the #ClimateCrisis like the national security threat it is. I look forward to working with Secretary Austin to reduce DOD’s carbon footprint. https://t.co/saAjUHrb6p

Do you think climate change should be a top Pentagon priority?

Austin also foreshadowed changes in how the Pentagon operates, adding that “by changing how we approach our own carbon footprint, the Department can also be a platform for positive change, spurring the development of climate-friendly technologies at scale.

“There is little about what the Department does to defend the American people that is not affected by climate change,” Austin said. “It is a national security issue, and we must treat it as such.”

A 2019 study showed that the Pentagon was responsible for releasing about 59 million metric tons of greenhouse gases in 2017, according to Reuters.

The Defense Department spent $67 million in the 2020 fiscal year to address damage or threats related to natural disasters, according to DefenseNews.

In issuing his order on climate change, Biden said “the Defense Department reported that climate change is a direct threat to more than two-thirds of the military’s operational critical installations.”

The 2019 report on the impacts of climate change said the impacts can vary widely by region.

“Climate effects to the Department’s training and testing are manifested in an increased number of suspended/delayed/cancelled outdoor training/testing events and increased operational health surveillance and health and safety risks to the Department’s personnel. Specifically, installations in the Southeast and Southwest lose significant training and testing time due to extreme heat,” the report said.

“Climate-related effects impact accessibility and activity in the Arctic. The Northern Sea Route generally opens for four weeks each year — usually the month of September — and has the potential for increased Arctic maritime traffic. The demand for Arctic- specific search and rescue (SAR) resources will grow as Arctic activity increases,” it added.

“There is need for further military support to civil authorities to enable the peaceful opening of the Arctic as access increases,” the report said.

The report also said that climate change can impact missions.

“At Naval Base Guam, recurrent flooding limits capacity for a number of operations and activities including Navy Expeditionary Forces Command Pacific, submarine squadrons, telecommunications, and a number of other specific tasks supporting mission execution.”