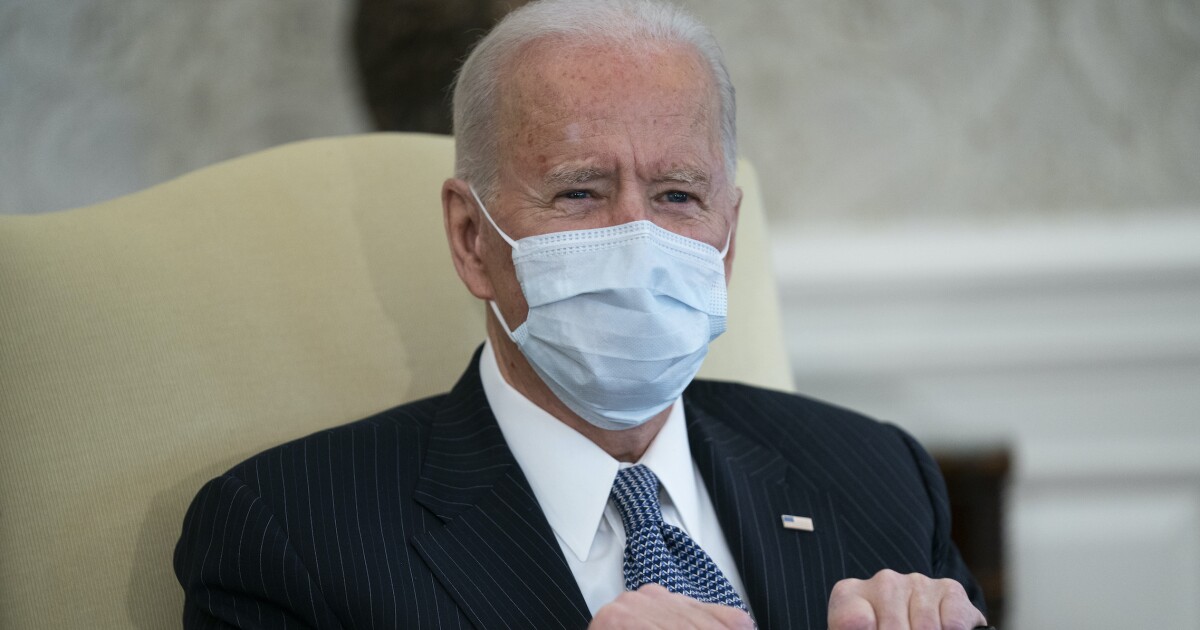 President Biden publicly projected confidence that some Republicans will back his coronavirus relief package, while privately telling Democrats that the GOP’s counteroffer was “too small.”

Prior to a White House meeting with Senate Democrats regarding his proposed $1.9 trillion “American Rescue Plan,” Biden told reporters Wednesday in the Oval Office that he believed he would “get Republican support” for the bill.

“I think we’ll get some Republicans,” he repeated from behind a face mask.

Before reporters were ushered out, Biden jokingly welcomed the Democrats “home” to the White House.

“Welcome all home. This is their new home, for a while anyway. And with a little bit of luck, the grace of God, and the goodwill of the neighbors, and the creek not rising, it’s going to be longer than just four years,” he said.

Biden’s Wednesday was dominated by meetings with Democrats concerning a relief package after speaking with Republicans earlier in the week.

He told House Democrats during a morning call that he advised 10 Republican senators he spoke with on Monday that their $618 billion version was not generous enough. He didn’t want to start his administration breaking a promise to the public that he would handle the coronavirus pandemic, according to sources on the call.

Biden and the Democrats do not need Republicans to pass a relief measure, given that they control both congressional chambers; Biden would prefer having bipartisan buy-in. If negotiations take too long, though, he has signaled his openness toward a budgetary process called reconciliation to avoid a 60-vote, filibuster-proof threshold in the Senate. Instead, reconciliation only requires a simple majority in the evenly divided body, with Vice President Kamala Harris being able to cast a tiebreaking vote.

“We hold a small majority in the House and the barest of majorities in the Senate. We’re going to succeed or fail together,” Biden told House Democrats, CNN reported. “Let’s stick together.”

In a separate meeting Wednesday morning, Biden spoke with his two home-state senators, Delaware Democrats Chris Coons and Tom Carper. The trio discussed “direct payments and how those might be modified in a way to ensure they’re targeted,” Coons told reporters after their conversation. Centrist Virginia Democrat Sen. Joe Manchin, for instance, has expressed reticence over approving stimulus checks without restrictions.