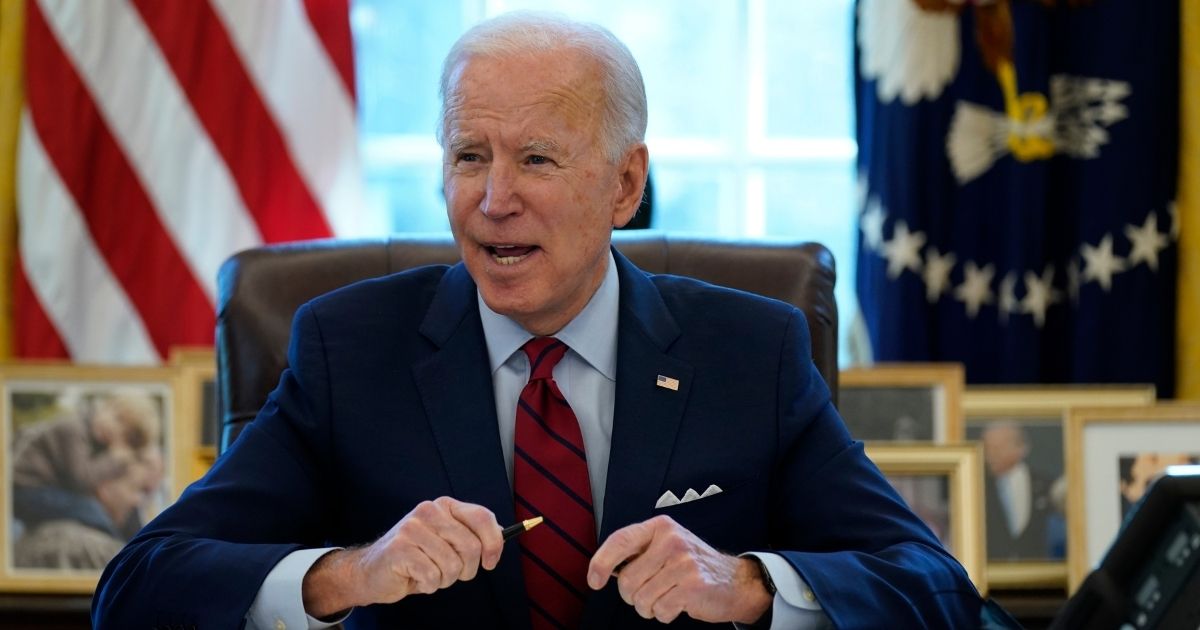 “Those policies have undermined the safety of our communities, penalized asylum seekers fleeing violence, and destabilized security across the Western hemisphere,” the document claimed.

It said Biden’s strategy “is centered on the basic premise that our country is safer, stronger, and more prosperous with a fair, safe and orderly immigration system that welcomes immigrants, keeps families together, and allows people — both newly arrived immigrants and people who have lived here for generations — to more fully contribute to our country. President Biden knows that new Americans fuel our economy, as innovators and job creators, working in every American industry, and contributing to our arts, culture, and government.”

According to the document, Biden has a “comprehensive three-part plan for safe, lawful, and orderly migration in the region.”

Two parts of the president’s plan involve working with other nations. Biden has said he wants to pump $4.8 billion into the governments of Honduras, Guatemala and El Salvador with the expressed intention of ending what Biden terms the root causes of migrants leaving Central America for the U.S.

Until that kicks in, the “fact sheet” said, the “Administration will ensure Central American refugees and asylum seekers have access to legal avenues to the United States.”

“The Secretary of Homeland Security is also directed to review the Migrant Protection Protocols (MPP) program,” the document said.

MPP was the Trump-era policy that required migrants seeking asylum to remain in Mexico while their requests were decided upon. Prior to that policy, illegal immigrants crossed into the U.S. and melted away while their cases were being decided, often never returning to court.

Are these orders going to increase the flood of illegal immigrants in the U.S.?

Biden initially vowed to end MPP on the first day of his administration, but the order only calls for MPP to be studied as a first step to ending the policy.

“The situation at the border will not transform overnight, due in large part to the damage done over the last four years,” the administration document said.

Critics have said ending MPP will be a disaster.

“By ending MPP, the key policy ending catch and release, the Biden administration is taking another significant step reinstating incentives for and loopholes to be exploited by migrants to enter our country illegally,” former acting Customs and Border Protection Commissioner Mark Morgan said in a statement to Fox News.

“With another stroke of a pen Biden is doubling down on his open border strategies, encouraging illegal migration, and creating the next crisis to reach our borders,” he said. “Within two weeks of this new administration our borders are less secure, our country less safe, and the mission of our front line personnel has become more dangerous.”

While most conservatives believe reversing Trump’s policies will cause havoc at the border, some on the left expressed concerned Biden was not acting fast enough.

Today’s EOs mandate A REVIEW, BUT DO NOT END, the (MPP) Remain in Mexico policy

provide little additional clarity as to how the the Biden Admin will process those already subjected to MPP.#immigration

Biden’s order will create a task force to reunify families separated at the border under policies implemented to address the issue of adults trying to game the system by entering the U.S. with a child who was not theirs.

According to the administration document, the president also is “re-establishing a Task Force on New Americans” charged with opening up immigration.

“The order requires agencies to conduct a top-to-bottom review of recent regulations, policies, and guidance that have set up barriers to our legal immigration system,” the paper said.

The public charge rule limited green cards to only those immigrants who were considered not to be likely to end up on welfare.

“The executive order includes a review of many regulations, orders, guidance, documents and policies that the Trump administration put in place over the last four years,” a senior administration official told Fox News.