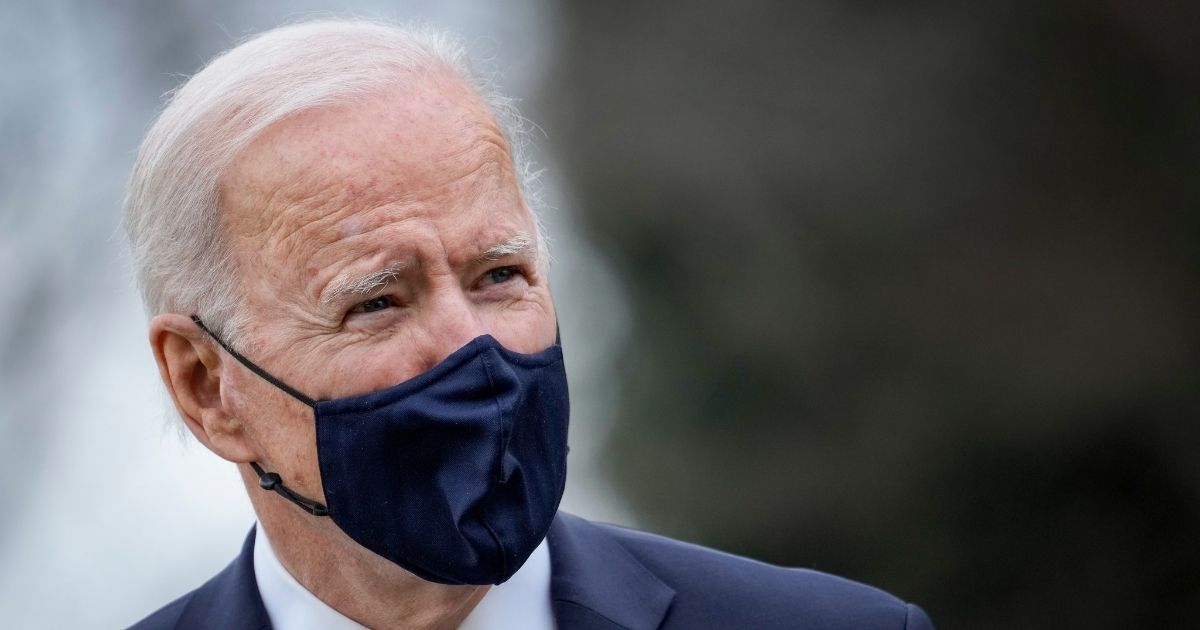 As the eyes of the nation are drawn to the crisis mushrooming out of control at America’s southern border, they see images of confined children and overworked Border Patrol agents.

But what they will not see is President Joe Biden, who is busy traveling to promote the mammoth $1.9 trillion COVID-19 relief bill that doles out dollars to local governments, colleges, schools and taxpayers.

Before taking a jaunt to Pennsylvania to talk about how much the stimulus plan is a success days after signing it, Biden was asked on the White House lawn if he plans to take a first-hand look at the tragedies in the making along the border.

“Not at the moment,” Biden said, according to the Washington Examiner.

Biden and Vice President Kamala Harris are traveling to sell the massive package as a success, and will be heading to Atlanta on Friday to tout the fact that Congress passed the bill giving most Americans $1,400 checks.

Biden initially promised Georgia voters they would get $2,000 checks if they supported Democrats in the January state runoffs that Democratic candidates won, giving them control of the Senate.

The border has become a hotbed of controversy as more migrants, many of them unaccompanied minors, flood in every day.

According to U.S. Customs and Border Protection, border agents interacted with 100,441 migrants in February, up 28 percent from the 78,442 encountered in February, according to NBC News.

A report by CBS News noted that a facility in Donna, Texas, was at 729 percent of its intended capacity earlier this month.

Looks like President Biden has the border crisis, which he won’t call a crisis, completely under control … https://t.co/fDNMOcXmuH

The administration has been adamant about not calling the situation at the border a crisis, but as David Frum wrote in a largely pro-Biden piece for The Atlantic, “[T]here is a hole in the hull, and the boat is taking on water.”

Frum noted that when migrants “believe that the door is open, increased numbers race to grasp the moment.”

Frum added that the Biden administration “has found it hard to speak clearly — or clearly enough to counter the lies of the traffickers” who say that the border is wide open, and that “some Biden moves have actually lent credibility to the traffickers’ false promises.”

Frum, who proclaims himself to be no fan of former President Donald Trump, noted that Biden should avoid the mistake of undoing the former president’s immigration policies simply because they belonged to Trump.

“[O]n the matter of asylum, at least, the former president addressed a problem that needed addressing. By ending the ‘Remain in Mexico’ policy, Biden summoned unnecessary trouble for himself. That was a mistake, but it’s a mistake he can still fix,” Frum wrote.

The extent to which Biden is inexorably linked with the border crisis, whether he wishes to see it for himself or not, was recounted on the Fox News segment “The Story” by former Immigration and Customs Enforcement acting director Tom Homan.

Has Biden already undone everything Donald Trump worked to achieve?

“I have never seen anybody wearing a Trump T-shirt crossing the border, but we’re certainly seeing it the other day with the Biden T-shirts. It’s Joe Biden’s words that are causing the crisis,” Homan said.

“Look, the border is in a crisis … the crisis is of the Biden administration’s making. You can’t make promises during a campaign, ‘you’re going to have asylum, approve DACA and ICE detention.’ The cartels sell what they’re seeing,” he said.

“So when you send a message you can enter the country illegally [and] you won’t be detained or removed, people are going to come.

“Especially when you offer free health care on top of that — so it’s damaging words during the campaign driving this crisis.”